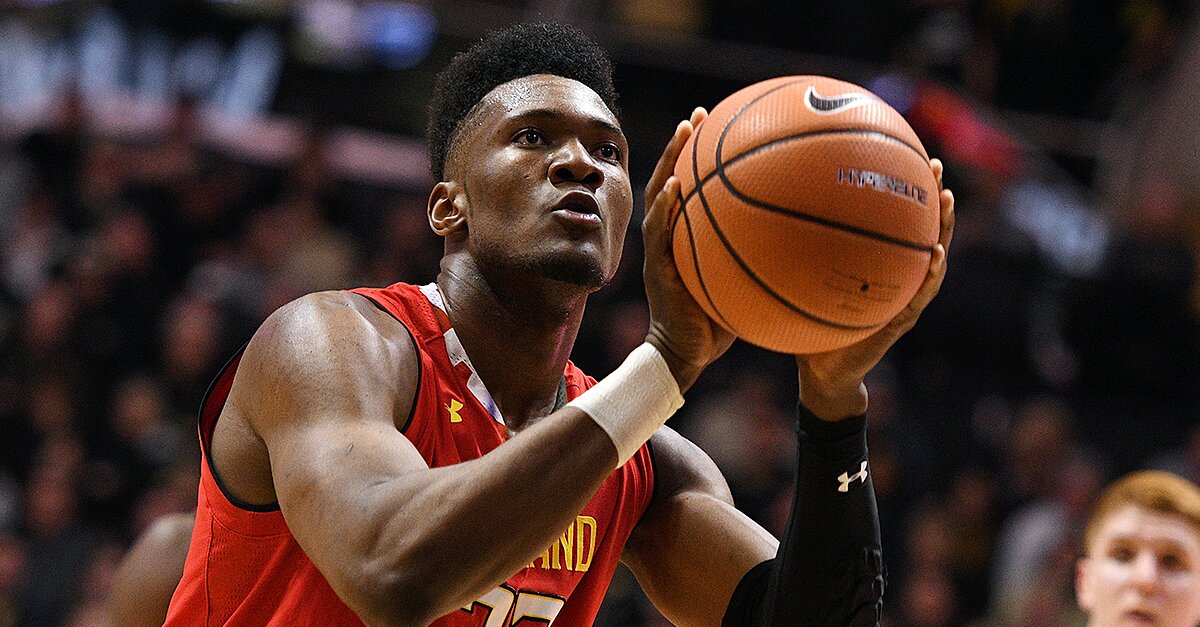 Bruno Fernando was one of two big draft decisions the Terps were waiting on this week.

COLLEGE PARK, Md. (AP) — Maryland forward Bruno Fernando has decided to return for his sophomore season after testing his viability in the NBA draft.

The 6’10” Fernando averaged 10.3 points and 6.5 rebounds and was named to the All–Big Ten Freshman team.

Fernando says he received a “great deal of feedback over the past six weeks that has been beneficial in making this decision.”

Coach Mark Turgeon thinks Bruno “learned a lot during this process, and it will only make him a better basketball player.”

Fernando, sophomore Kevin Huerter and sophomore Justin Jackson were the only three Maryland players to participate in the NBA combine.