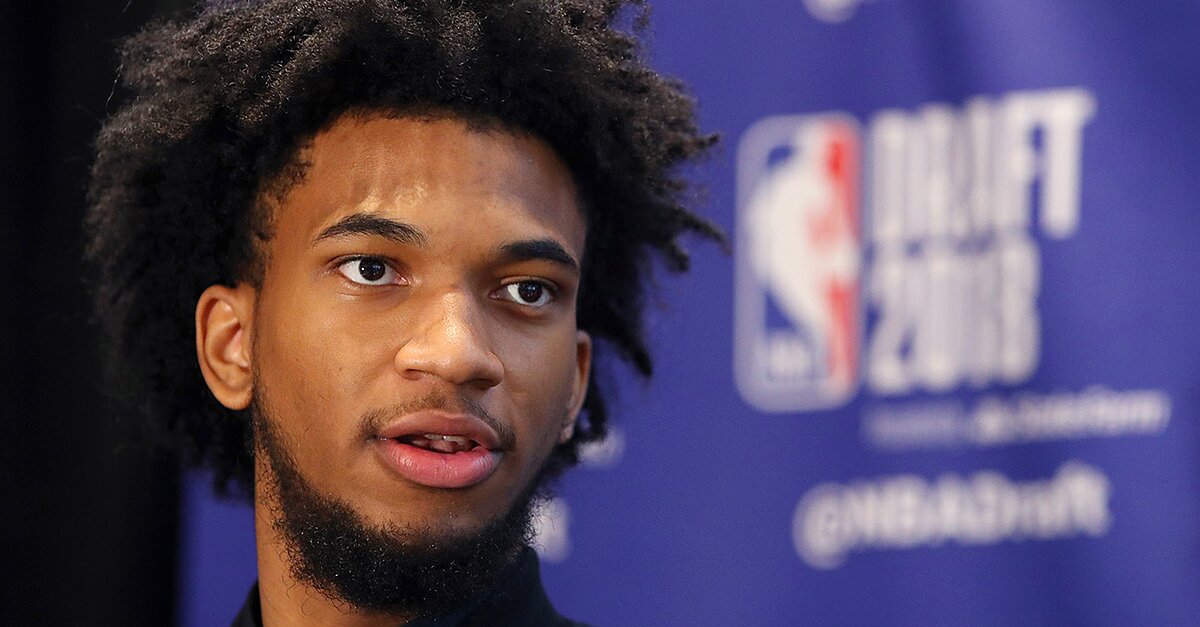 Twenty stories above Manhattan’s bustling Lower East Side, Marvin Bagley III sinks his 6’11” frame into a cushioned couch. The Duke product practically blends into the New York skyline while perched on the penthouse rooftop of the Hotel on Rivington, less than 40 hours before the 2018 NBA draft. “I still think I can be the No. 1 pick,” Bagley tells The Crossover. The Phoenix Suns did offer his first of three workouts during the pre-draft process, running Bagley threw a slew of conditioning and ball handling drills.

Bagley’s counterpart, dynamic Arizona center Deandre Ayton, appears all but a lock to the Suns. Yet Bagley, a Phoenix native, is a competitor by nature—you don’t average 13.1 rebounds per 40 minutes in the ACC by chance—and has yearned to be minted the NBA draft’s top overall selection since his youth. “To be able to play in Phoenix, to have it all come full circle, from where I started playing basketball to be there as a professional, it would be a dream come true,” Bagley says.

Sacramento is only a short flight away. And Bagley genuinely views the Kings at No. 2 as a terrific consolation prize. He smiles wide when being congratulated on his likely No. 2 selection. “Sacramento is a great place,” he says. “When I say I want to go No. 1, it’s not a knock on any other team in the draft. If I end up going two, I’ll love being in Sacramento. Being a part of that team and that franchise, that’s a big plus.” That enthusiasm is a primary reason why teams picking in the top 10 of Thursday’s draft view Bagley as the Kings’ likely selection. He was the only premier prospect to visit Sacramento during the pre-draft process (although Kings brass recently flew overseas to meet with Slovenian star Luka Doncic).

On the court, the Kings drilled Bagley in both aspects of pick-and-roll situations, evaluating his passing ability and instant reactions as both a ball handler and roll man. He spent the majority of his Northern California stay discussing the culture Sacramento is hoping to build as an organization over dinner with Vlade Divac, Peja Stojakovic and Vivek Ranadive. He sat down with fellow Blue Devil, and Kings 2017 first-round pick, Harry Giles, as well as franchise point guard De’Aaron Fox. “It wasn’t really about basketball, really. I asked a couple of questions to get an idea, but I’ve known Harry and De’Aaron for a while, so we were just laughing and joking and talking about different things.”

Bagley ventures two floors down to rejoin the JBLxMB3 Draft Party, celebrating his new partnership with the speaker company. Rapper ASAP Twelvyy, donning a black God Shammgod No. 12 Providence Friars jersey, is playing NBA Jam in the corner. Social media influencers bob their heads to the thumping bass. Bagley’s father, Marvin Bagley Jr., grabs the mic, beckoning for his now-famous son to show off his lyrical stylings in front of a room largely filled with strangers. “Who wants to see MB3 drop bars!” dad screams. Bagley III finally obliges, and agrees to lip sync to Nas’s “Made You Look.” Bagley extends his index finger to the sky, mouthing the words. They shootin’, Aw made you look! When Adam Silver calls Bagley’s name on Thursday, the NBA world will certainly be watching.