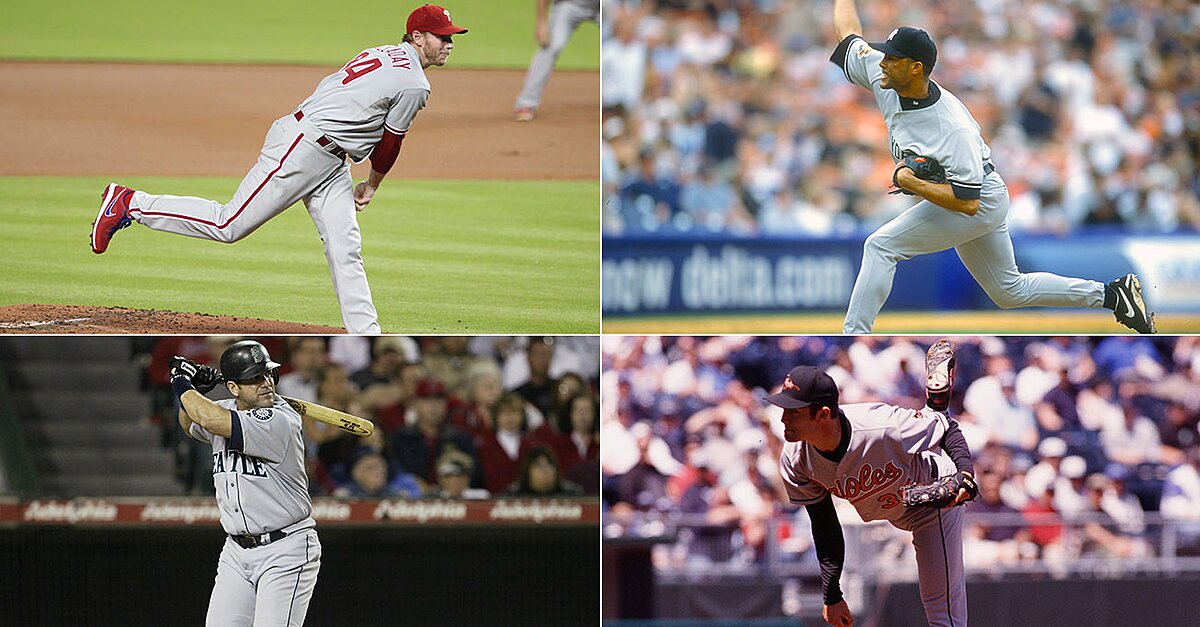 The 2019 Hall of Fame election results are out, and the voters have made history yet again. Mariano Rivera, Roy Halladay, Edgar Martinez and Mike Mussina all earned 75% or more of the 425 ballots cast and will join Veterans Committee selections Lee Smith and Harold Baines in Cooperstown this July for induction. It’s a huge group of players that includes in Rivera the first-ever unanimous selection in the Hall’s history.

As we celebrate the newest members of baseball’s most exclusive club, let’s dive into the ballot and the results (with the help of Ryan Thibodaux’s ballot tracker) and break down the biggest storylines from Election Day.

In the long and silly history of the BBWAA’s Hall of Fame vote, no player had ever been elected unanimously—not Willie Mays or Mickey Mantle or Hank Aaron or Ken Griffey Jr. or Greg Maddux. But with Rivera, the streak has finally been broken, as he appeared on all 425 submitted ballots to become the first man to earn 100% of the vote.

It’s a shock, though not because of anything Rivera did or didn’t do. To start, it’s amazing that 425 baseball writers could come to an agreement on anything beyond hotel loyalty programs. But there were a number of factors lined up against Rivera reaching 100%. I figured for sure that at least one person would leave him off the ballot as an argument against the role of the closer, or that a specialized reliever isn’t deserving of Hall honors (or at least unanimous selection). Just as likely was that a voter would leave Rivera—a lock for election—off the ballot in order to give a spot to a more needy candidate. Since the Hall doesn’t require voters to make their ballots publicly available, it was easy to imagine a few writers not voting for Rivera and never explaining why, as was the case with Griffey, who was left off of three anonymous ballots to spoil his shot at perfection.

But Rivera also had plenty going his way. He’s inarguably the greatest ever at his position. His postseason resume is impeccable, and he was a huge part of five World Series titles. His cutter is one of the best pitches in the history of the game. And he carries a reputation as one of baseball’s nicest players, which always goes a long way with writers. His case was not only simple but also practically flawless; there was no character or performance case you could make against him.

Regardless of why Rivera became the first man to reach 100%, though, what’s most important is that the argument over whether or not unanimous election matters is blessedly over. It’s one we would’ve revisited next winter with Derek Jeter on the ballot (and still will to some degree), but thankfully, we can all yell about something else now instead.

Four years ago, Edgar Martinez’s Hall of Fame hopes were done and dusted. The longtime Mariners designated hitter came out of the 2015 results—his sixth year on the ballot—with a mere 27% of the vote. Worse, thanks to the Hall’s truncation of eligibility, he had just four years left to reach the 75% threshold. Such a climb on a crowded ballot seemed beyond belief.

Martinez’s election, then, represents an improbable ascent. Few eventual Hall of Famers have ever had as low a share of the vote total that far along into their candidacies as Martinez has. Bert Blyleven finished with 26.3% in his fifth year on the ballot (and was sitting as low as 35.4 seven years in), and Jim Rice earned just 29.4% of the vote in his fifth cycle. But both of those players—along with fellow long-haul candidates like Goose Gossage, Bruce Sutter and Andre Dawson—were allowed to stay on the ballot for 15 years. Martinez’s closest comparison is Tim Raines, who also had his time shortened to 10 years and was at 46.1% after seven cycles before his meteoric rise began.

Martinez followed a near-identical path: Having gotten 43.4% of the vote in his seventh year in 2016, he jumped to 58.6 the following winter, then 70.4—20 votes shy of election—last year. That miss may have stung, but it boded well for Martinez to break the 75% threshold in his final year. He did that with room to spare, earning 85.4% of the vote thanks in large part to picking up at least 25 additional votes from last year’s returning voters, per Thibodaux’s tracker.

It’s an overdue and well-deserved honor for Martinez, the greatest designated hitter of all time and a hero in Seattle as the author of the most important and impactful moment in Mariners franchise history. It also represents a victory for the advanced stats crowd, which has long championed Martinez’s candidacy. Score that as another notch on their belt alongside fellow former darlings Blyleven and Raines.

Rivera, Halladay and (to a lesser extent) Martinez all felt like sure things for this year’s Hall class, but Mussina was the wild card. The ex-Orioles and Yankees ace was on the cusp of election in 2018, finishing with 63.5% of the vote, and positive returns this winter raised hopes that he could break through in his sixth year on the ballot, albeit likely in a narrow finish.

Well, narrow it was: Mussina became the fourth member of the 2019 class by a hair, finishing with 76.7%, or just seven votes above the threshold. It’s the closest result since Ivan Rodriguez slid through with 76% of the vote in 2017, a mere five votes over the line, and just the fifth time since 2000 that a player has finished between 75–77%.

It’s a well overdue selection, too, as Mussina’s Hall absence was hard to explain. He was strong in the traditional numbers: 270 wins, over 3,500 innings, and close to 3,000 strikeouts, as well as the fourth-best strikeout-to-walk ratio (3.58) among all pitchers ever with 3,000 or more innings thrown. (Ballot-mate Curt Schilling is second all-time.) The advanced stats favored Mussina as well: His 83.0 career bWAR is second on the ballot only to the steroid-tainted Roger Clemens, and he exceeds the JAWS standards at his position.

Maybe it was Mussina’s lack of Cy Young wins or World Series rings that held him back, or falling short of 300 career wins, or having only one 20-win season, or simply not being as good as the inner-circle aces like Pedro Martinez or Randy Johnson who’ve been elected in recent years. Thankfully, none of that matters anymore. Instead of having to sweat out another year on the ballot, Mussina will take his rightful place in Cooperstown this summer.

Larry Walker didn’t get into the Hall, finishing with 54.6% of the vote, but he has the most helium of anyone still on the ballot. That figure is a massive leap from 2018’s 34.1%, with that 20.5% gain ranking as the ninth-biggest year-to-year increase on a BBWAA ballot since 1967. Per Thibodaux’s tracker, Walker gained a staggering 48 votes pre-announcement from last year’s returning voters—not only the most of any man on the ballot (narrowly topping Fred McGriff, who picked up 46) but also tied for the third-biggest gain from one ballot to the next since 2009.

What’s encouraging for Walker is that the last man to flip that many voters in a year was Martinez, who pulled the trick twice, gaining 48 votes on the 2017 ballot and 51 in ‘16 en route to election. (Vladimir Guerrero is No. 1 at plus-56 in his election year.) But as impressive as Martinez’s jump into the Hall is, Walker’s would be even more incredible if he can pull it off. The former Expos and Rockies star had been a total afterthought since debuting on the ballot in 2011 with 20.3% of the vote and falling as low as 10.2% in his fourth year, but the gains of the last two years have given him a realistic shot at Cooperstown.

Before you start planning your trip to upstate New York next summer, though, it’s worth noting that Walker’s chances are still low. Even with the massive gains of the last two years, he finished 87 votes shy of election, and it would take a historically huge jump to break 75%. As Fangraphs writer and Hall of Fame expert Jay Jaffe noted earlier this month, the biggest one-year gain resulting in election belongs to Barry Larkin, who went from 62.1% in 2011 to 86.4 in ’12, or 24.3%. A similar increase for Walker would get him in, but few have ever managed that: Larkin and Guerrero in 2017 are the only candidates since 1967 to increase their vote share by 20% or more in a single cycle resulting in election. And Walker will have just one year to make it happen, as 2020 will be his 10th and final ballot appearance.

Still, that Walker is even within shouting distance of election is remarkable. Hopefully he can follow Raines and Martinez as a deserving yet overlooked candidate.