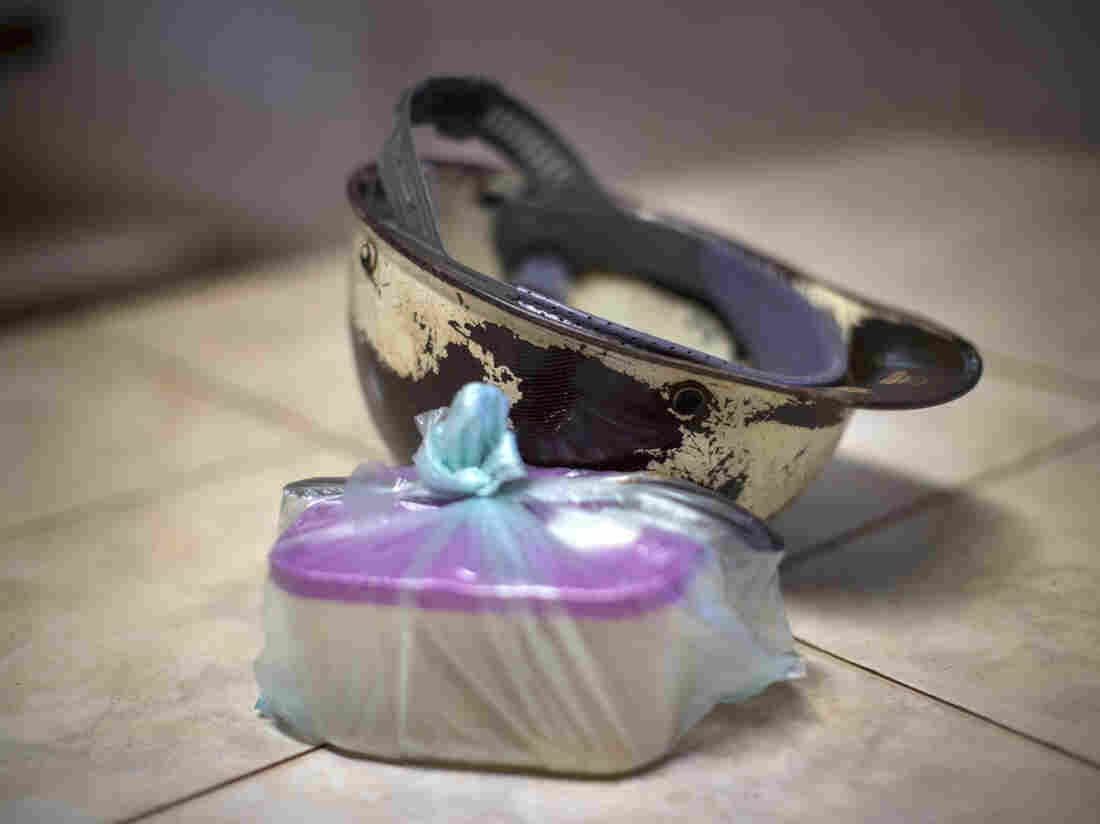 The lunch and helmet of a Venezuelan iron worker lie on a table during lunch break, in Ciudad Piar, Bolívar state, Venezuela. Rodrigo Abd/AP hide caption 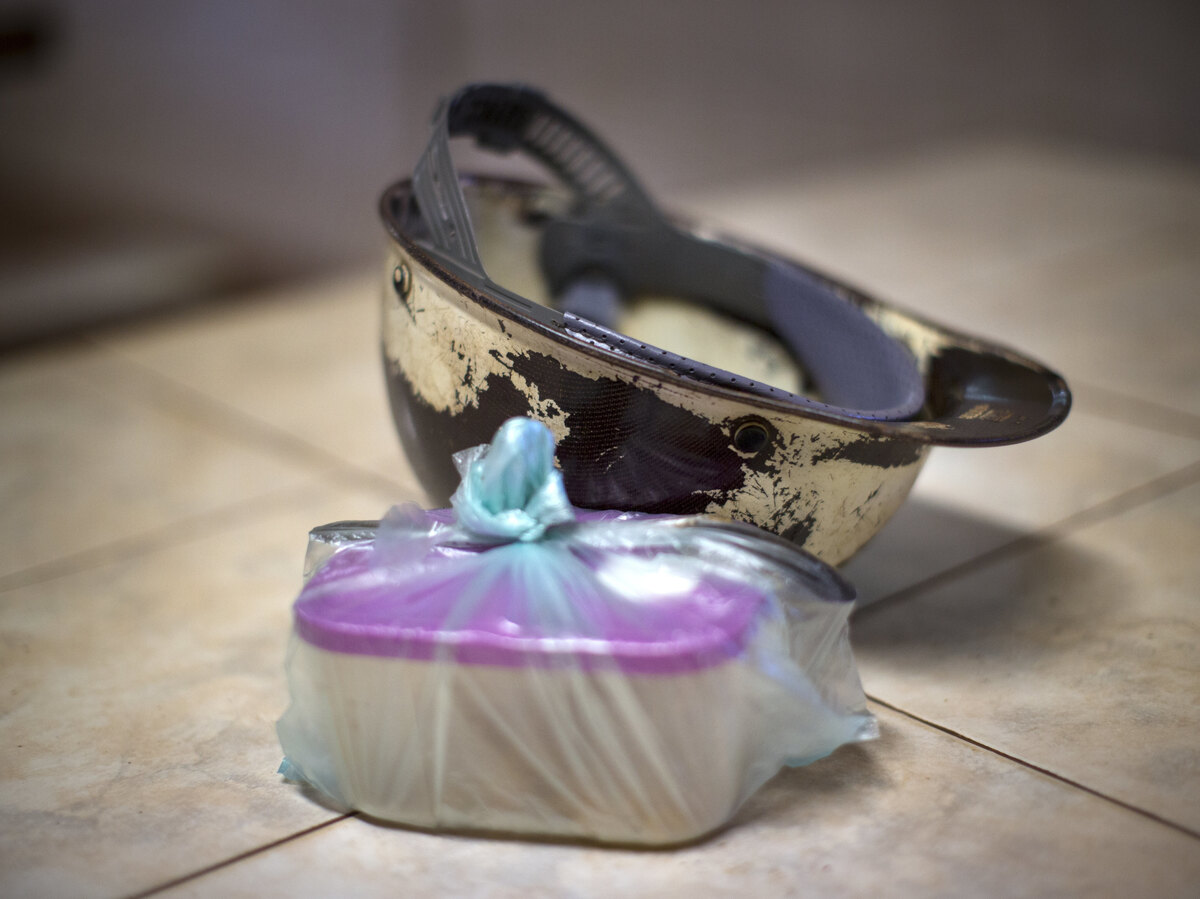 The lunch and helmet of a Venezuelan iron worker lie on a table during lunch break, in Ciudad Piar, Bolívar state, Venezuela.

Caracas resident Barbara Rojas used to have a coveted position at Venezuela’s state-run oil company, the kind of job that not so long ago people would hang on to until retirement due to the generous pay and benefits.

But in February, Rojas quit her job as an office administrator. She was disgusted that hyperinflation and the collapse of Venezuela’s currency had rendered her wages nearly worthless. Rojas points out that nearly half of the 149 people in her office have walked off the job.

“I could no longer support myself,” said Rojas, 22, who plans to join a mass migration of Venezuelans by moving to Chile. Hundreds of thousands of Venezuelans have fled to other South American countries and beyond in recent years.

Amid Venezuela’s worst economic crisis in modern history, worker absenteeism is soaring. Although there are no official statistics, Carlos González of the Venezuelan Federation of Chambers of Commerce, the country’s main business association, estimates up to 40 percent of employees have either quit their jobs or regularly skip work. Many now get by partly doing odd jobs or selling food on the black market, and partly on money sent by relatives overseas. Those vital cash transfers from abroad, called remittances, totaled an estimated $279 million in 2016, according to Pew Research Center.

Besides quitting over low wages, González says people must often skip work to scrounge for groceries because of widespread food shortages. Commuting to work has also become a nightmare. A lack of tires and spare parts has cut the fleet of functioning buses and subway cars, while fares for public transportation have skyrocketed. Some employees spend a quarter of their day’s wages just to get to work — and decide it’s not worth it.

That was the conclusion of Yajira Delgado, who used to work as a seamstress at a textile plant that produces baseball and soccer jerseys. She quit in December to spend more time with her two kids. “I didn’t earn enough to cover bus fare and food,” Delgado explains.

During a recent visit to the plant, located in a Caracas slum, rows of sewing machines sat idle. Of the 20 people once employed here, six remain. Plant owner Enzo Pascarela says he’s not surprised.

“Venezuelans are not lazy,” he says. “But salaries are absurdly low. You would be stupid to go to work.”

Worker absenteeism is one of several factors dragging down the Venezuelan economy, which shrank by 13 percent last year, according to Congress. Production of everything from milk to aluminum to oil is plummeting. González, the business chamber official, who runs a construction company in the western city of Valencia, says it often takes his crews several extra days or weeks to finish projects due to a lack of workers.

To placate job holders and secure more votes, President Nicolás Maduro, who hopes to win another six-year term in Venezuela’s May 20 election, announced this month a 95 percent increase of the minimum wage. But the new base salary of 2.5 million bolivars per month amounts to about $3 on the black market.

What’s more, analysts say the increase is unlikely to have much effect given that this is the third wage hike this year and prices are rising even faster. The Central Bank of Venezuela has stopped releasing inflation figures. But congress, the only branch of government controlled by the opposition, said this week that the annual inflation rate is running at more than 13,000 percent.

Hyperinflation and the dearth of public transportation is deeply demoralizing to those who still have jobs, like Yorman Jiménez and his wife, Maribel Barrera.

They live in a mountainside slum and travel every morning to government jobs in downtown Caracas. The journey begins before down as they climb an outdoor staircase that leads up the mountain to the bus stop. Buses are hard to find and many people climb aboard dump trucks and pickups that offer rides. Bus fares have doubled in the past month. That means Jiménez and Barrera will shell out a quarter of their day’s wages just to get to their job sites.

The bus drops them off at the subway station. To offset rising bus fares, the government has waived metro fees. But that’s led to overloaded trains. Even with packed cars, scores of people try to push their way on board. The metro is slow, the AC doesn’t work, and it stops for unexplained reasons in the dark tunnel.

After nearly two hours of travel, Barrera exits the subway for her job at the attorney general’s office.

Jiménez heads to the Transportation Ministry where he earns about $4 per month as a truck driver. He arrives 45 minutes late but has still beaten most of his colleagues to work. Others have stopped coming — an option that Jiménez contemplates.