Manchester United boss Jose Mourinho is exploring the possibility of activating the release clause in Dries Mertens contract at Napoli, according to reports in The Sun.

The forward has been a revelation for Napoli over the past two seasons, scoring a very impressive 45 goals in that time. Many would expect a player so deadly in front of goal would demand a hefty fee, but Mertens has a surprisingly low release clause.

For teams outside Italy, Mertens can be prized away from Napoli for just £25m and Manchester United representatives have reportedly made contact with his associates to get the ball rolling on a summer deal.

Napoli were desperate to amend the Belgian’s contract in an attempt to avoid losing such a gifted player for so little money, but it appears that they were not able to tie him down to an extended deal.

Mertens has been instrumental for Napoli in a season where they have pushed Juventus all the way for the Serie A title, but it now appears they will fall just short of preventing them obtaining a seventh successive Italian title. 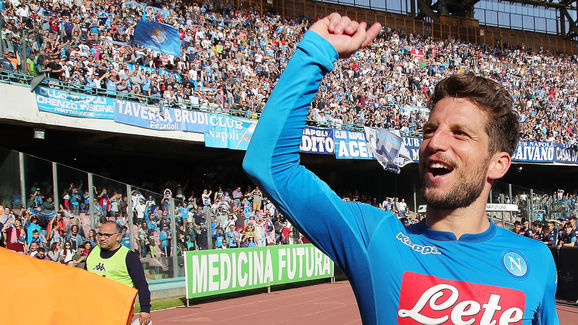 The 30-year-old is likely to be just one of numerous Napoli stars that may look to leave the club in the summer for a new challenge. His versatility is reportedly very appealing to Jose Mourinho, who sees him as being a great option to bolster his attacking options.

Mertens joined Napoli from PSV Eindhoven in 2013 for a fee of around £9m and despite starting slowly at the Stadio San Paolo, has exploded into life in the past two seasons.