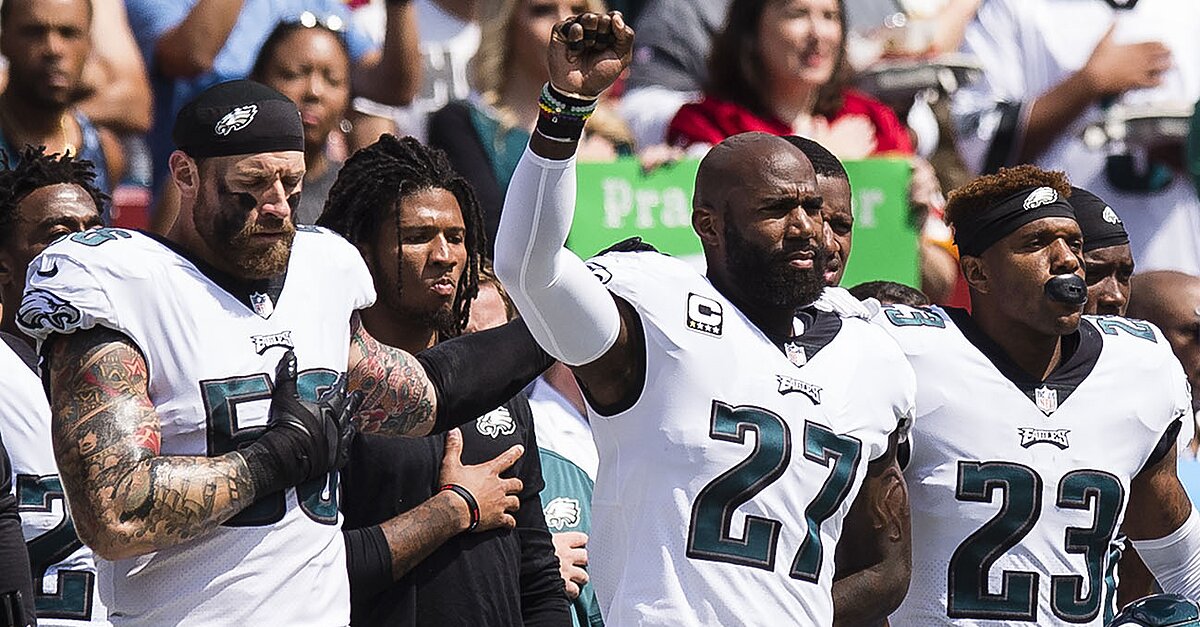 Malcolm Jenkins had a lot to say about the White House disinviting the Eagles from the White House, including how it tried to make players look “anti-military.”

Malcolm Jenkins has been one of the most outspoken in the NFL on social issues since players started protesting police brutality and racial injustice by making demonstrations during the national anthem.

On Tuesday, the Eagles safety released a lengthy statement in response to the White House disinviting the Super Bowl LII champions from their visit that was scheduled for the same day.

In his statement, Jenkins addresses the efforts taken by himself and others around the league to help improve their communities such as Chris Long donating his entire salary from 2017 and meetings players have had “with police departments, elected officials and community advocates around the country.”

Jenkins also discussed how Donald Trump mentioned the way the Eagles stand for the national anthem as part of his reason for disinviting the team. Jenkins said the White House decided to lie and “paint the picture that these players are anti-America, anti-flag and anti-military.” Jenkins also made sure to clarify that none of the Eagles kneeled for the anthem during the regular season or postseason in 2017.

On Monday, former Eagle Torrey Smith made similar comments about how the Eagles’ efforts had been innaccurately portrayed and that the White House was lying in its statements.