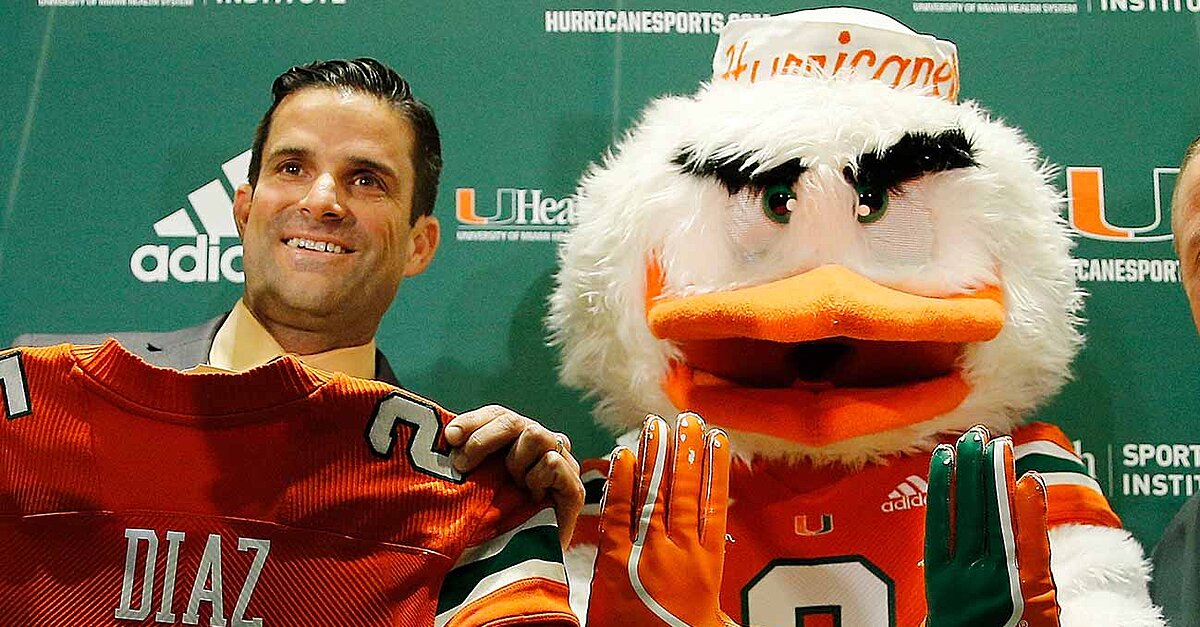 It’s almost the end of January, and (knock on wood) the FBS head-coaching carousel has finally stopped. This year the metaphorical carousel was more like a domino effect; by Christmas, things seemed settled on the coaching market, and then two late, unexpected departures shook everything up, spurring six of the seven (seven!) coaching changes we’ve seen since the College Football Playoff semifinals on Dec. 29.

Mark Richt retired after three years as Miami’s head coach. Miami turned around and hired back its recently departed defensive coordinator Manny Diaz, who’d taken the Temple job not three weeks earlier. Temple responded by hiring Northern Illinois coach Rod Carey, and Northern Illinois stopped the chain by hiring its former running back Thomas Hammock, who had been the running backs coach for the Ravens.

Around the same time, Houston decided it was finished with Major Applewhite after a 70–14 bowl loss to Army. It hired Dana Holgorsen away from West Virginia, which poached Neal Brown from Troy, which pulled Chip Lindsey from Kansas, where he’d just joined new coach Les Miles’s staff as offensive coordinator.

It’s been a wild few weeks, resulting in the most coaching turnover of any offseason since 2015, a total of 26 jobs changing hands. You’d be excused for checking out back in simpler times, when Diaz was at Temple and Big 12 coaches didn’t bolt for AAC jobs. In fact, we’ll do you one better, with this list of post-Christmas coaching-change superlatives.

Grading Every Hire of the 2018–19 Coaching Carousel

Strangest timeline: You can’t tell me that Mark Richt decided out of nowhere on Dec. 30 that he was done, with the idea never crossing his mind until the days following Miami’s 35–3 Pinstripe Bowl loss to Wisconsin. So it just seems odd that when Diaz was offered the Temple job and (likely) went back to his current boss to explain the opportunity he had in front of him, Richt never paused. Even if he wasn’t ready to commit to retiring, maybe he could have mentioned that he’d been toying with the thought or conceded that when it happens, Diaz was the next guy in line? This awkward situation was less of a stain on Temple’s reputation and more of a testament to the fact that coaches aren’t always the greatest planners or communicators.

Weirdest statement: This response from new Troy coach Chip Lindsey to a question he was asked at his press conference: “‘Why would you want to come here?’ Because, you know what, it doesn’t matter when you come here, that’s been done here. We’ve won a lot of championships here; we’ve had great seasons here. I’d rather do that than go to a place where you have to start over.” It’s a totally legitimate sentiment—for someone who hadn’t just weeks earlier taken a job as offensive coordinator at Kansas, the bleakest and longest-running rebuild in the FBS.

Best move for a coach: West Virginia’s 2018 roster gave Holgorsen his best chance yet to win big, and the Mountaineers missed the Big 12 title game. Oklahoma is reloaded. Texas is back. West Virginia is in a reload year, with well-documented recruiting disadvantages compared to the conference’s perennial contenders. Returning to Texas, where his name is still synonymous with success from his time at Houston and Texas Tech, was Holgorsen’s best path forward.

Best move for a school: Diaz to Miami probably shouldn’t have happened the way it did, but he was exactly the coach the Hurricanes wanted and needed.

Most underrated move: Neal Brown jumping from Troy to West Virginia is a win for both the coach and the school. Brown has been superb at Troy—he went 35–16 overall and 31–8 over the past three seasons—and as a Kentucky native he’s familiar with the region and its intricacies. Plus, he’s had no problem getting the most out of under-recruited guys at Troy, which will translate well for the Mountaineers, who haven’t reeled in a five-star recruit since Noel Devine in 2007.

Most underwhelming move: Sure, Temple got burned after making probably the best hire of the offseason in Diaz. It lost its A+ hire and jumped back into the coaching carousel well after the best candidates had found homes, ending up with a coach who’s won in the MAC—but struggled to do so outside of it. Carey was 52–30 while at Northern Illinois, but he went 0–6 in bowl games and had a .412 winning percentage in non-conference play.