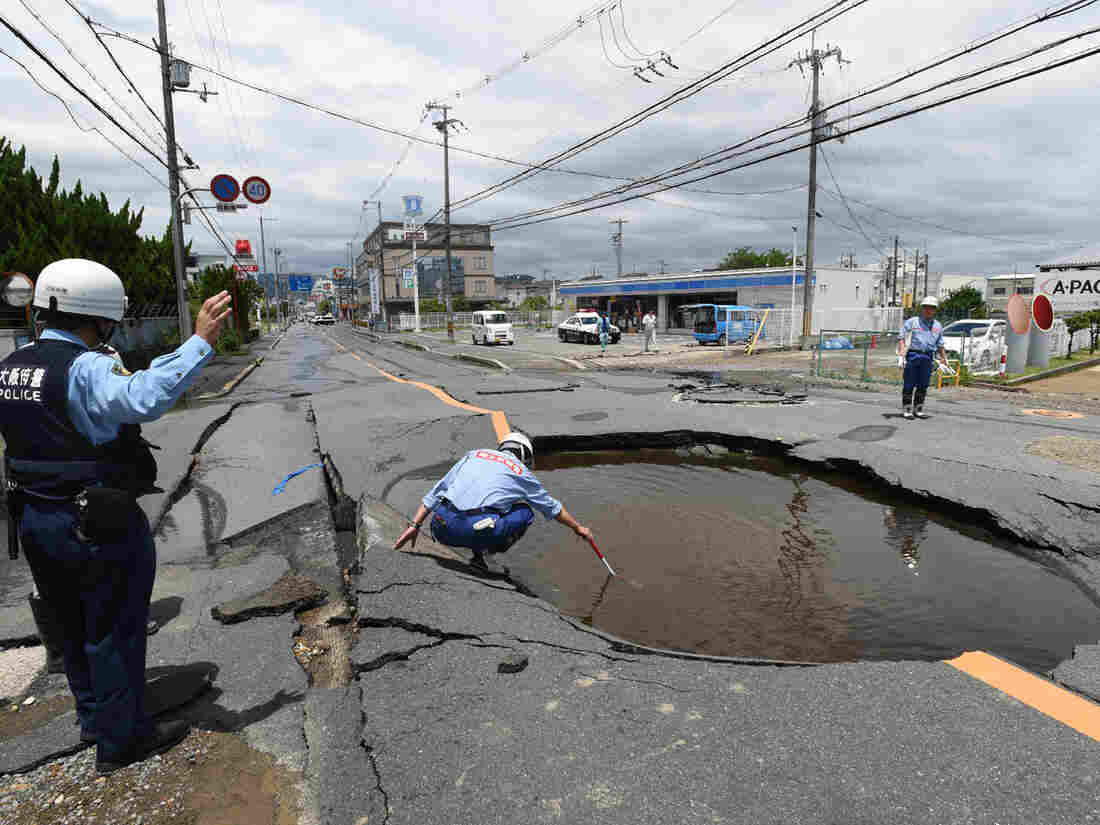 Police check a collapsed road following an earthquake in Takatsuki, Osaka prefecture on Monday. Three people were killed in the quake, more than 200 were injured. STR/AFP/Getty Images hide caption 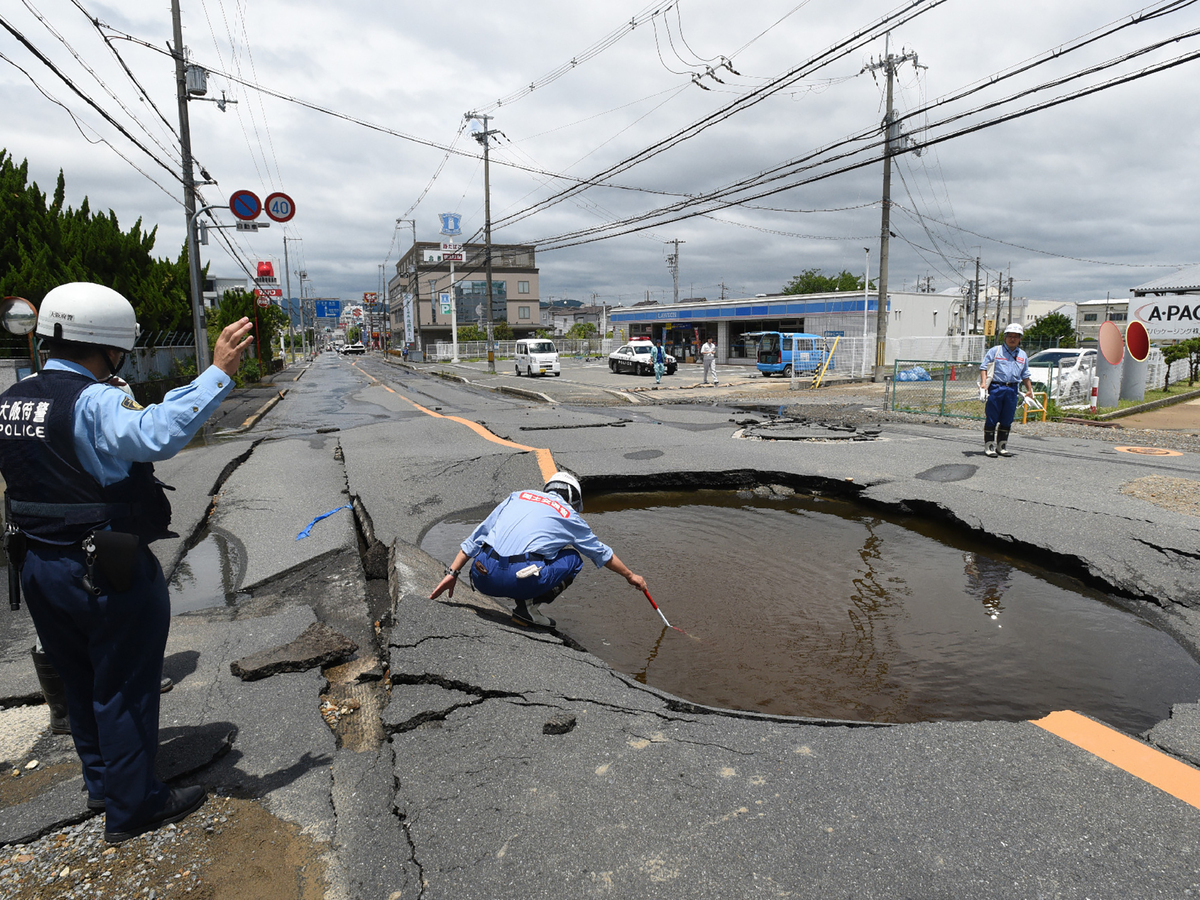 Police check a collapsed road following an earthquake in Takatsuki, Osaka prefecture on Monday. Three people were killed in the quake, more than 200 were injured.

A magnitude 6.1 earthquake rocked the Osaka region of western Japan on Monday morning, killing at least three people and injuring more than 300 others, NHK reported.

The news agency reported government officials confirmed two people died under toppling walls. One was a 9-year-old girl who was crushed by a concrete wall at a local elementary school and the other was an elderly man in his 80s, according to the AP. An 84-year-old man living in Ibaraki was killed by a falling bookshelf.

Another 14 cases of people trapped in elevators have been reported, NHK said, adding that dozens of residents have fled to local evacuation centers.

Shaking was felt well beyond the epicenter in Osaka, one of the largest metropolises. Kyoto, Shiga and Nara were also rattled by the morning quake.

No tsunami warnings have been issued.

Prime Minister Shinzo Abe said the government was assessing damage and that its top priority was the safety of residents, NHK said.

PM Abe stresses rescuing lives is of utmost importance. He tells reporters at 0859 local time an hour after the big earthquake in Osaka.He says the government is trying to gather information on damage, prepare for rescue and relief, and inform the latest to the public

Abe has instructed agency leaders to “swiftly collect information on damage, make utmost efforts in rescuing and saving lives” and urged them to keep the public informed, according Channel News Asia.

All 15 nuclear reactors in the neighboring prefecture of Fukui were unaffected by the earthquake.

Thousands of morning commuters traveling during rush hour were affected by the earthquake. Most subways and trains, including the bullet train were been brought to a standstill, while lines were checked for damage.

The shake up also caused ruptures in paved roads, creating large sinkholes that were flooded by water.

In the hours following, more than 170,000 homes remained without power in Osaka, while nearly 700 Hyogo households were left in the dark, Kansai Electric Power Company told NHK.

Zachary Reeves, a duty seismologist at the U.S. Geological Survey said magnitude 5 earthquakes occur frequently throughout Japan because the country is located over the western boundary of the Pacific Plate “where one tectonic plate is being forced under another.”

“That’s what makes seismic activity much more common under these regions,” he told NPR.

Toshiyuki Matsumori, who monitors quakes for the Japanese meteorological agency, told Channel News Asia, “There are fears that the risk of house collapses and landslides has increased in the areas shaken strongly.”

“Please make sure that you are fully on alert about seismic activities and information on rainfall, and stay clear of dangerous places,” he cautioned residents.