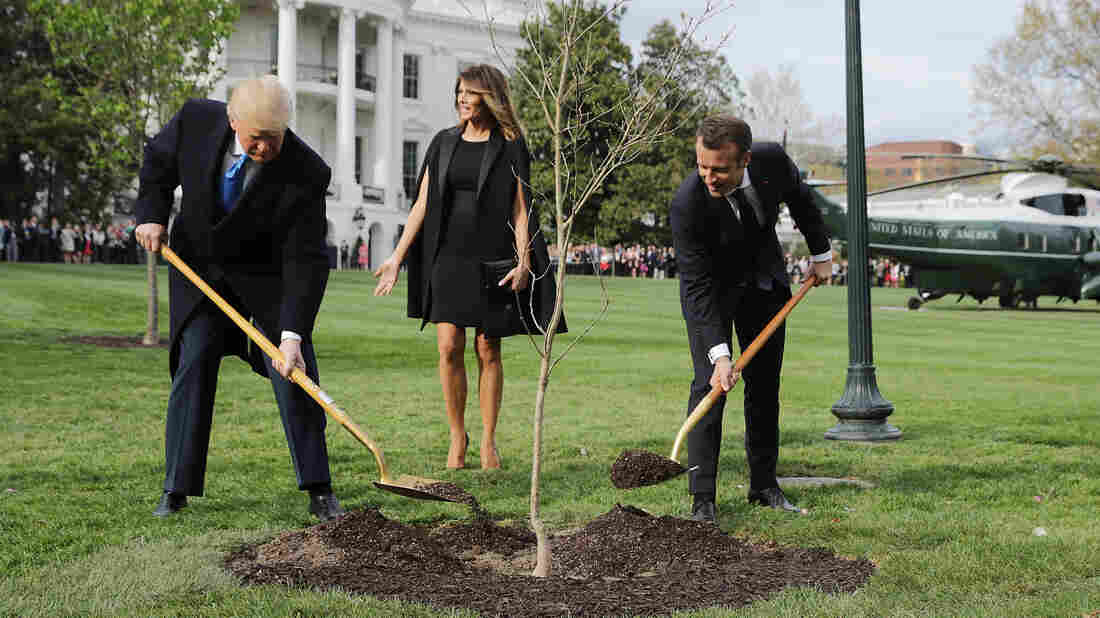 President Trump and French President Emmanuel Macron joined in planting a symbolic oak sapling on the South Lawn of the White House last week. By this weekend, it was gone from the spot. Chip Somodevilla/Getty Images hide caption 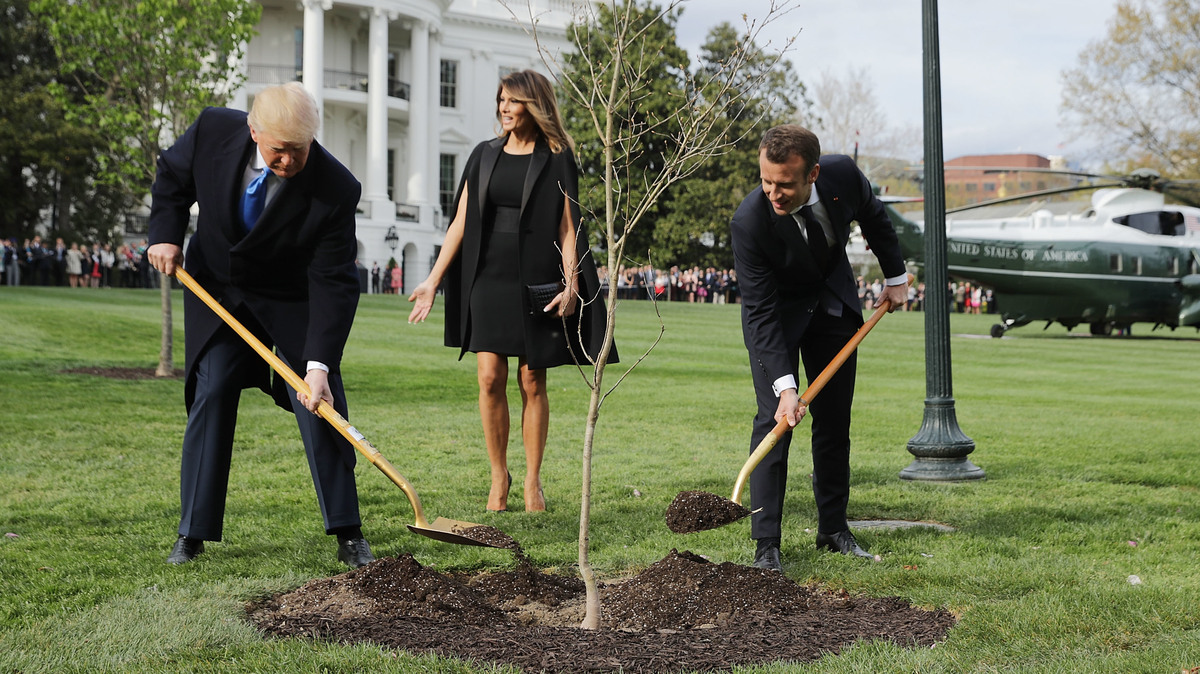 President Trump and French President Emmanuel Macron joined in planting a symbolic oak sapling on the South Lawn of the White House last week. By this weekend, it was gone from the spot.

The gift was symbolic — honoring U.S. troops’ sacrifice during a legendary World War I battle and the ongoing alliance with France. What to make of it, then, when the oak tree that French President Emmanuel Macron and President Trump planted with much ceremony then unceremoniously went missing?

The question took root in Washington, D.C., over the weekend, after the sapling vanished — the spot where both leaders used golden shovels to plant the tree on the South Lawn is now covered by a swatch of yellowed turf. 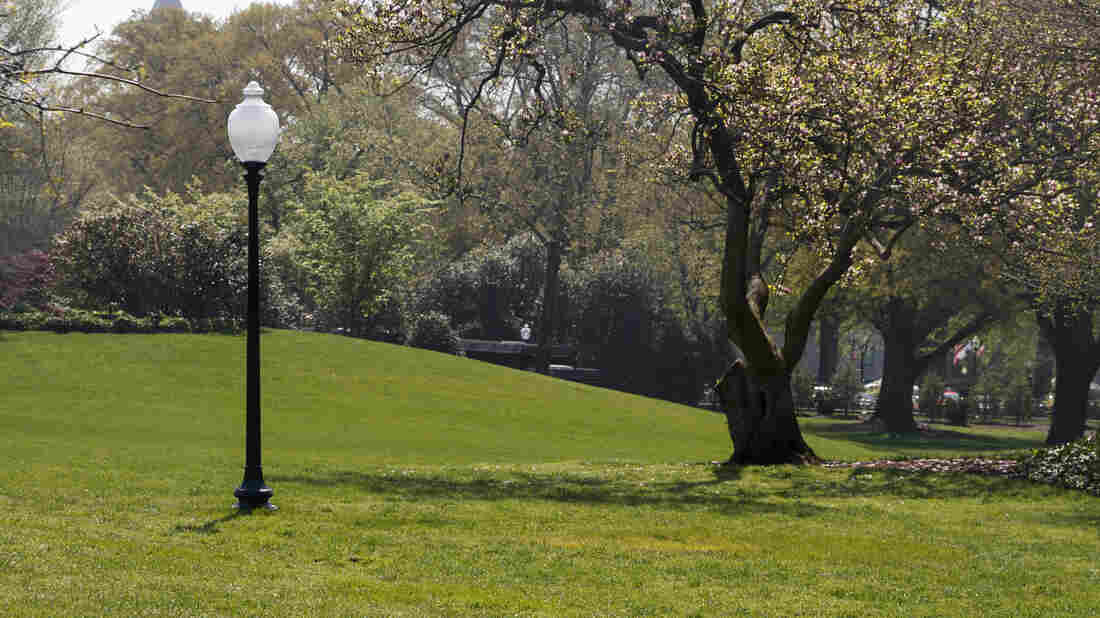 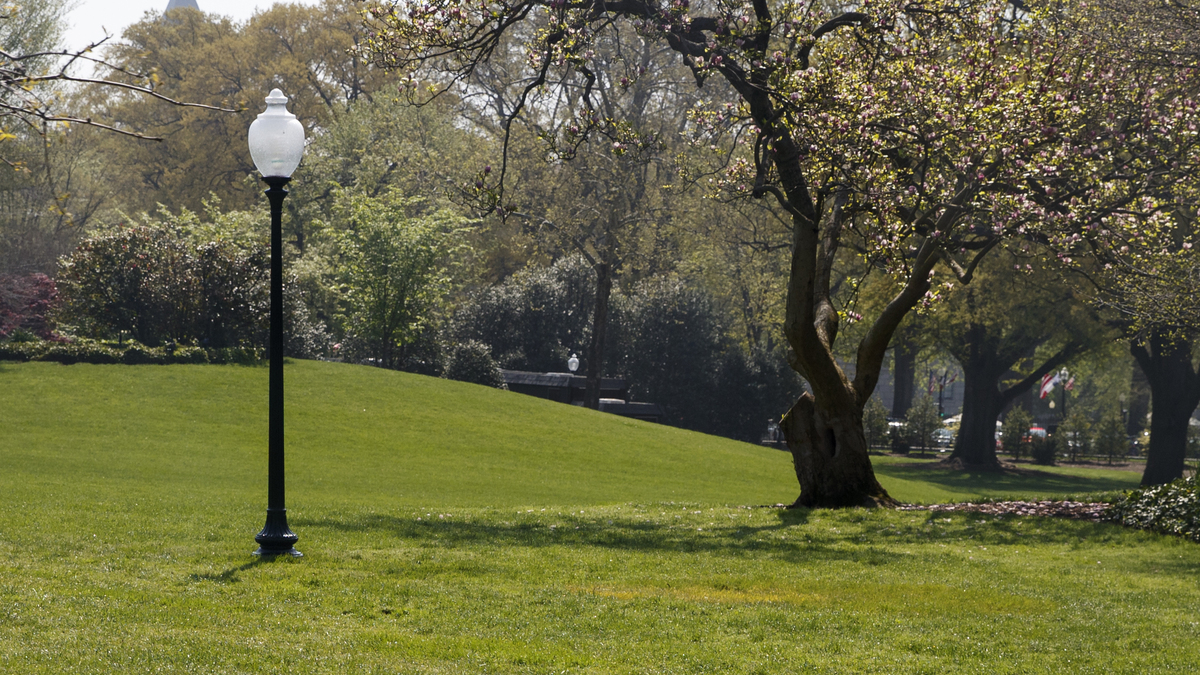 A photo shows the empty area where an oak tree was planted by President Donald Trump and French President Emmanuel Macron days earlier on the White House’s South Lawn.

Some called it a mystery, one with diplomatic overtones. Where, they asked, is the oak tree that was planted just days ago?

An answer has finally emerged: The young tree, which had a plastic bag around its roots when it was planted, was removed prophylactically due to concerns about disease.

“It is in quarantine which is mandatory for any living organism imported to the U.S.,” French Ambassador Gerard Araud wrote on Twitter. “It will be replanted afterwards.”

It is in quarantine which is mandatory for any living organism imported to the US. It will be replanted afterwards. https://t.co/XyJRKTgPWW

Araud added that the tree’s roots were “carefully isolated” to prevent the spread of any diseases or parasites, and that its roots had been “enclosed in a plastic protection.”

The White House so far hasn’t commented on the tree’s conspicuous absence.

The oak comes from the site where the Battle of Belleau Wood raged in northern France in June 1918. U.S. Marines helped block a German offensive in fierce fighting that earned them their “Devil Dogs” nickname. Nearly 2,000 U.S. troops died in that battle, including more than 1,000 Marines. Thousands more troops were wounded.

“I am pleased that this tree that grew close to the famous ‘Bull Dog’ fountain in the soil, where your soldiers shed their blood to defend France,” Macron said, “can now take root here at the White House in front of us as a symbol of the sacrifice and the common battles that France and the United States have led together.”

The oak planted April 24 was only the latest in a long string of ceremonial tree plantings on the White House grounds.

In 1991, Britain’s Queen Elizabeth II helped to plant a little-leaf linden tree on the South Lawn after a storm damaged the one her father, King George VI, had planted in 1937.

As President George H.W. Bush noted on another tree-planting occasion, in 1990, a number of White House trees have historic connections, including an oak tree planted next to the Oval Office by President Eisenhower.

Reeling off other examples, Bush mentioned Grover Cleveland’s Japanese spiderleaf, Herbert Hoover’s oak and a magnolia planted by Andrew Jackson next to the South Portico.