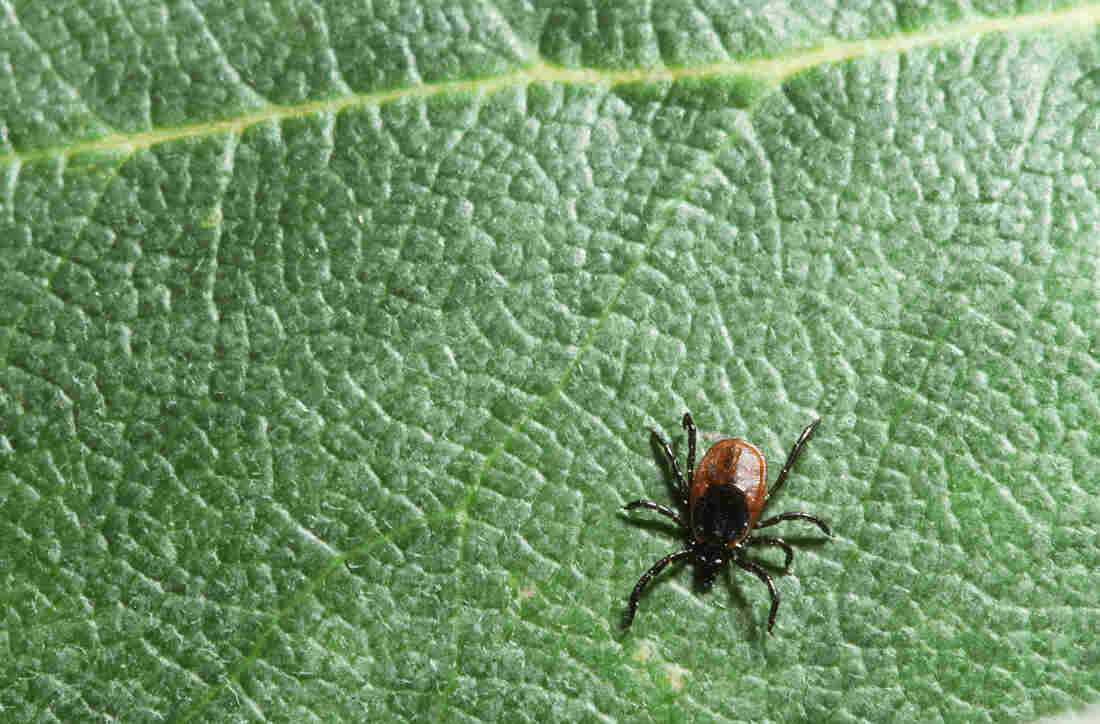 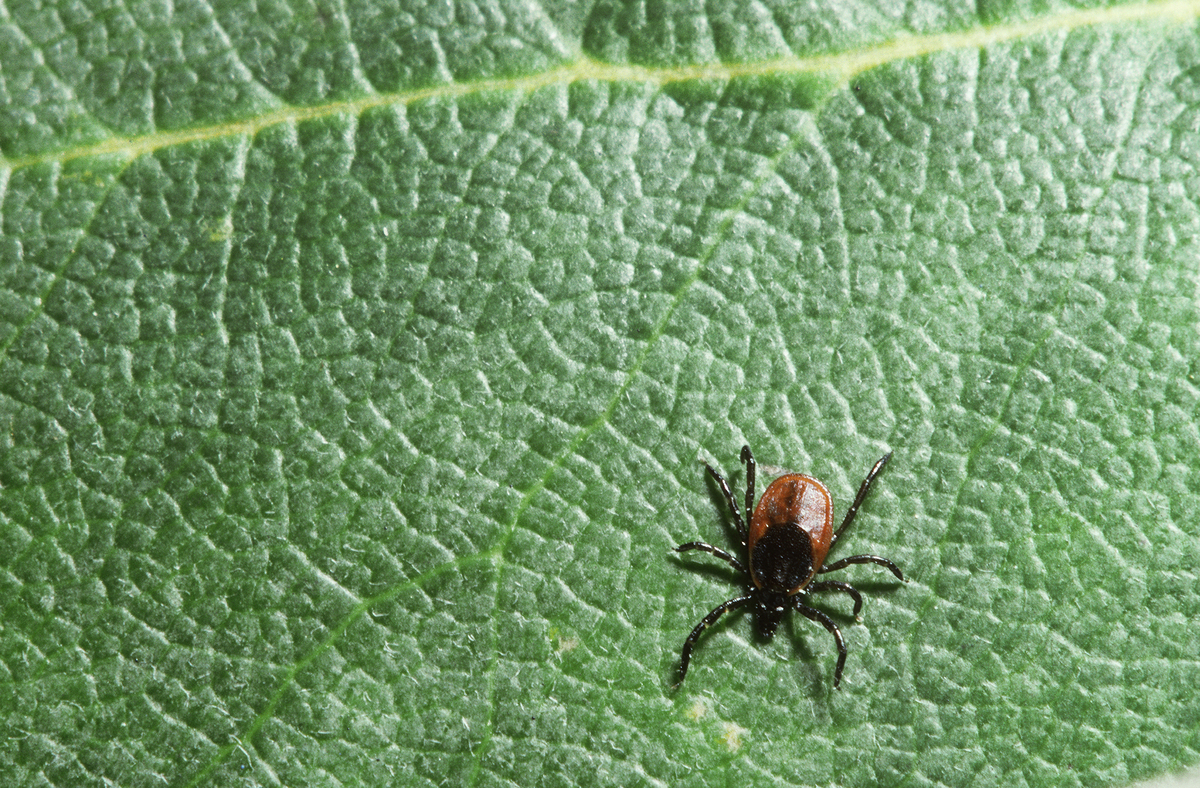 Lyme disease was once unheard of in western Pennsylvania, where Barbara Thorne, now an entomologist at the University of Maryland, spent time as a kid.

Thorne knew that if black-legged ticks are infected with bacteria called Borrelia burgdorferi, they can transmit Lyme to people and, that if untreated, symptoms can range from fever, fatigue and a rash, to serious damage to the joints, heart and nervous system.

But she didn’t realize that ticks in that part of Pennsylvania had become broadly infected with the bacteria. That is, until she was bitten during a family reunion weekend.

She never saw the tick on her body. But about eight or nine days later, after returning home, she became suspicious.

“I noticed a roundish red rash above my waistline and it expanded each day,” she recalls. “I was also feeling sick with exhaustion and achiness.”

Her primary care doctor diagnosed her with Lyme disease, and prescribed a course of antibiotics. After a few months, she felt better.

“I felt very lucky to have had the rash appear as literally a red flag,” Thorne says. It’s a telltale warning sign of the disease.

But not everyone with a Lyme infection develops a rash. And other symptoms, such as fatigue and aches, overlap with common illnesses. So, spotting Lyme disease can be tricky. Some people don’t realize they’re infected, and don’t seek medical treatment.

The Centers for Disease Control and Prevention estimates the actual prevalence of Lyme disease infections is 10 times higher than the number of reported cases.

“Tick-borne diseases are going up year after year, as the diseases expand to new areas around the country,” Lyle Peterson of the CDC told reporters in a recent conference call announcing the updated infection estimates. Lyme disease accounts for about 80 percent of the tick-borne illnesses in the U.S.

Another factor that can contribute to the underreporting of cases, is a lack of effective surveillance and tracking.

There’s another factor at play, too: shortcomings in the way the infection is diagnosed.

“Many of the tests for Lyme disease are negative at the time that patients first visit their doctor,” says Dr.Paul Fiedler, a clinical pathologist on Yale School of Medicine’s faculty who also heads the department of pathology at Western Connecticut Health Network.

Blood tests to detect Lyme disease rely on a person’s immune response, Fiedler explains, and after infection with the bacteria, it takes time — sometimes as long as 10 to 30 days — for the body to mount a measurable response. The blood tests detect Lyme-specific antibodies.

So, if somebody is tested before the immune system has produced enough antibodies, the result will be a false negative.

“And the diagnosis could be missed.” Fiedler says. The subsequent lack of treatment after a missed diagnosis can lead to serious health problems, 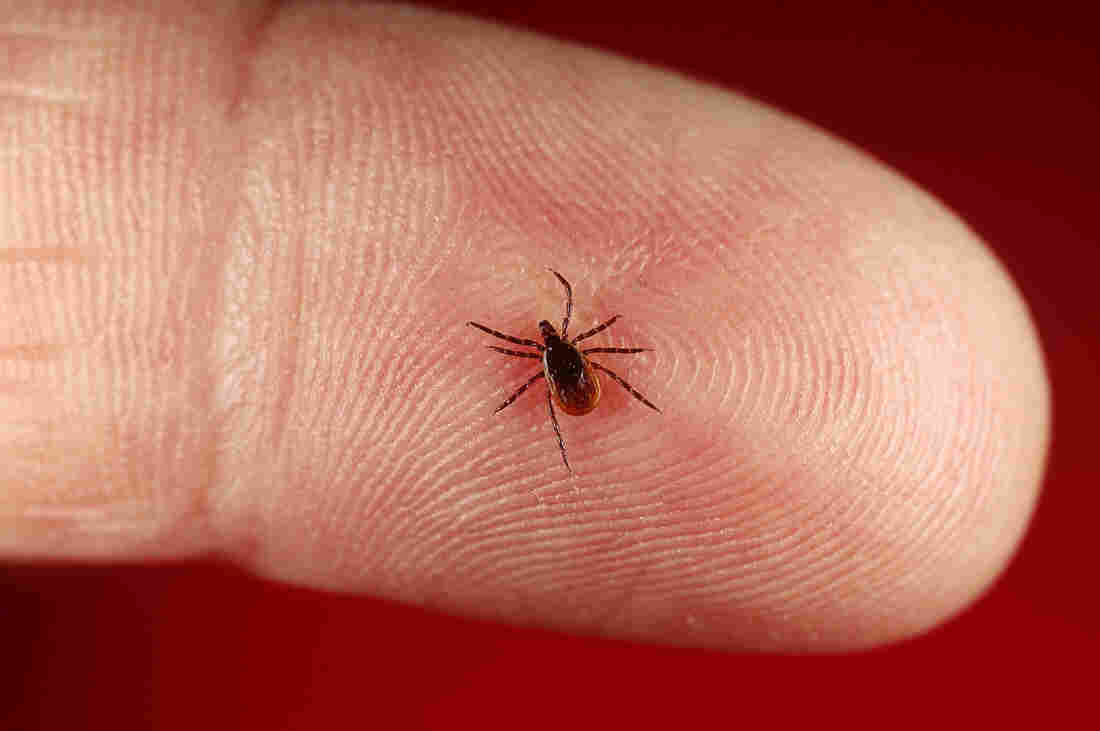 Black-legged ticks are small — the nymphs can be as little as the head of a pin, making them tough to spot. Scott Camazine/Science Source/Getty Images hide caption 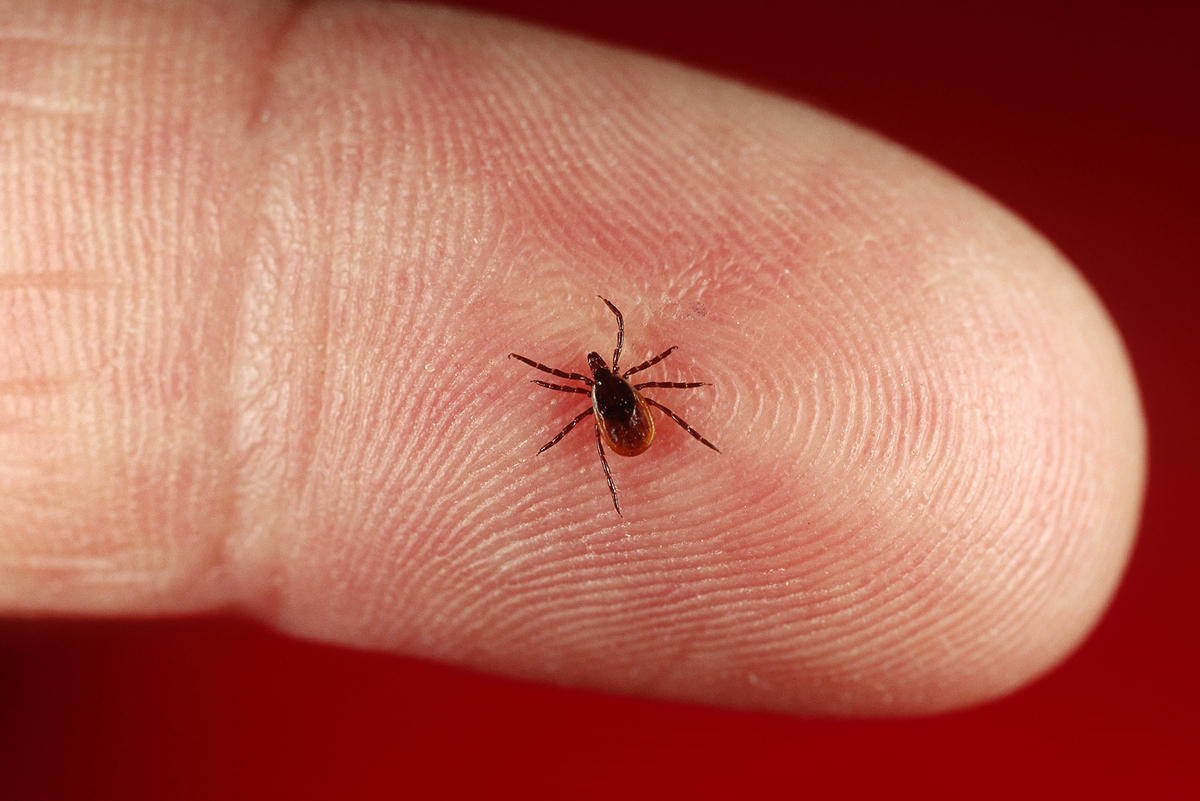 Black-legged ticks are small — the nymphs can be as little as the head of a pin, making them tough to spot.

In the spring, tick nymphs — young versions that transmit most of the Lyme infections — are abundant. They’re tiny, no bigger than a pinhead or poppy seed, and tend to hang out in or near wooded areas, in brush or tall grass.

The ticks need a blood meal to stay alive. They tend to feed on small mammals, such as mice, or birds. But if you happen to brush against a stick, blade or stem they’re clinging to, they can easily hitch a ride on you. And you won’t feel a thing.

So, if you’re hiking in or near a wooded area, it’s wise to be on the lookout for nymphs on your skin or clothing when you get home. “They’re small, but they’re not invisible,” Thorne says.

She recommends light-colored clothing (to increase likelihood you’ll notice the darker fleck of an insect) and long sleeves. Insect repellent may help, but Thorne says the most effective strategy is a thorough tick check of your body after you’ve been in tick infested areas.

“The ticks do tend to climb upward — like they climb up your legs,” Thorne says. “They often attach where there was a constriction of clothing, like around the waistline.” (She’s compiled personal protection tips in this bulletin.)

Other favorite hiding spots include armpits, or behind your ears. If you do find one attached to your body, use a pair of narrow tweezers to grasp the tick very near the surface of the skin and tug upward with steady pressure.

Don’t freak out if the insect’s been attached a few hours. In general, the CDC says, ticks need to be attached for 36 to 48 hours before they can transmit the bacteria that cause Lyme disease.