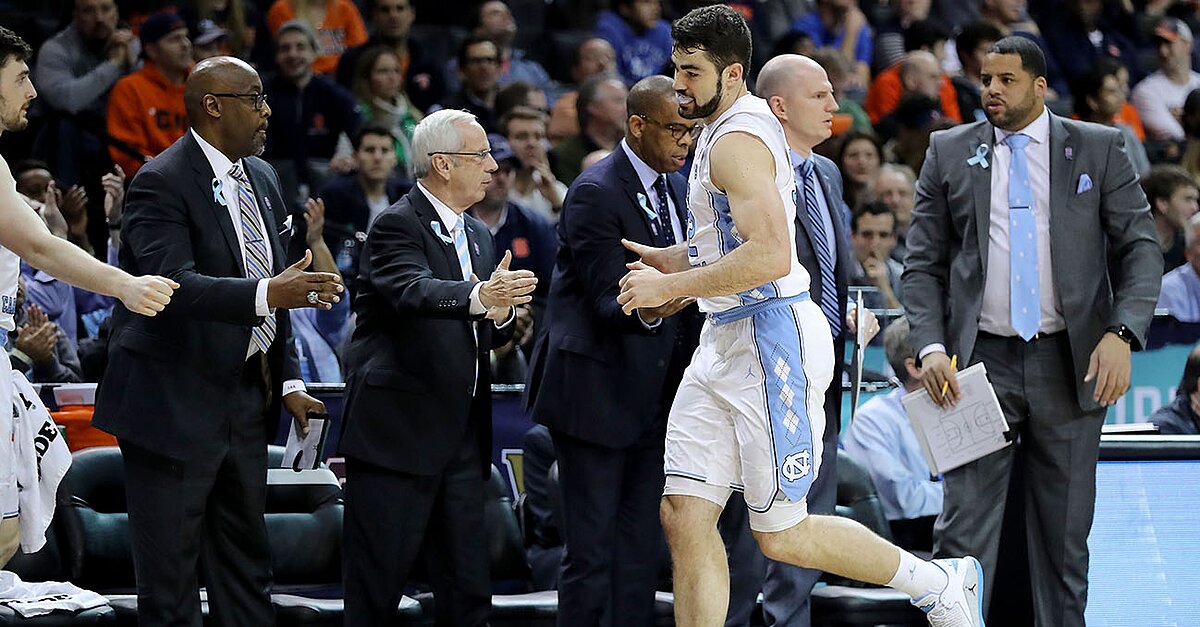 Last season Luke Maye was the Tar Heels’ leading rebounder with 10.1 per game and second-leading scorer at 1at 16.9 points per contest.

Luke Maye announced on Instagram Thursday that he is removing his name from the NBA draft pool to return to North Carolina for his senior season.

In his junior year he had a breakout season and established himself as one of the best big men in the country by averaging 16.9 points and 10.1 rebounds along with 2.4 assists for a Tar Heels squad that went 26-11 and played for the ACC Tournament championship.

“have had a great experience learning from the NBA process and growing as a basketball player during the past couple weeks,” he wrote on Instagram. “I would like to thank my family, friends, coaches and teammates for all of their support. Through this process, I have decided that I am going to comeback to school to improve as a player and finish my college career. I am looking forward to the opportunities and challenges that I will face and there is no better group to do it with than my teammates and the Carolina family! Time to finish the right way with two of the best players and leaders that I know! Let’s finish our legacy the right way!”

Along with Maye, UNC will also be bringing back guards Kenny Williams and Cameron Johnson, meaning the team’s second-, third- and fourth-leading scorers from last season are returning for coach Roy Williams.

What does this mean for Maye’s draft stock and UNC next season?

Maye was unlikely to be drafted this season and will remain a fringe prospect in 2019. Undoubtedly, his return means a lot for North Carolina, who will recharge with a strong recruiting class and again challenge for the ACC title. Maye’s feel for the game, shooting and passing ability coupled with his production will earn him more NBA workouts next year, but given his lack of size and great athleticism, he will have to fight hard for a place in the league.