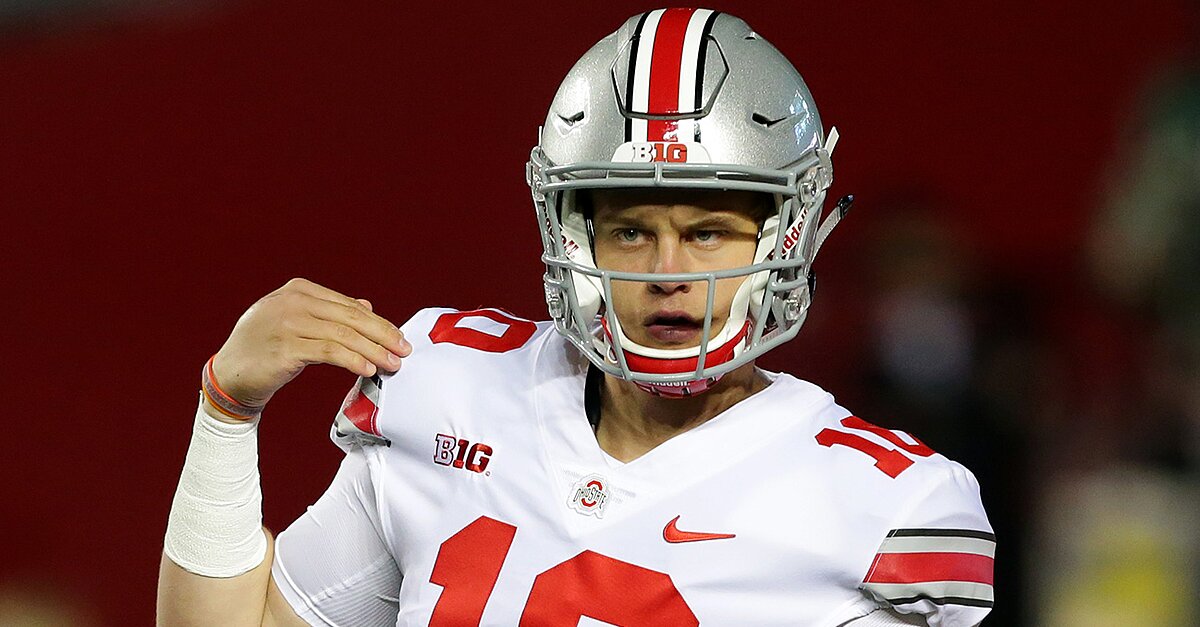 With Dwayne Haskins set to take over in Columbus, Burrow is headed elsewhere as a grad transfer with two years of eligibility.

Burrow, a rising redshirt junior, announced Tuesday that he intends to transfer. He had been competing with redshirt sophomore Dwayne Haskins for the starting job at Ohio State. After Ohio State’s spring game, Buckeyes coach Urban Meyer told ESPN that he owed Burrow a decision on the starter so that Burrow, who is on track to graduate and play immediately at his next school, could decide what is best for his future. Burrow will have two seasons to play at his new school.

Burrow, a 6’3″, 215-pounder from The Plains, Ohio, made clear a transfer was a possibility after the spring game. “I didn’t come here to sit on the bench for four years, and I know I’m a pretty darn good quarterback,” he told reporters in Columbus. “And I want to play somewhere.”

Burrow backed up J.T. Barrett in 2016, but he was knocked out of the race to be Barrett’s backup last August when he broke a bone in his hand during preseason practice. Haskins spent last year as the backup, replacing an injured Barrett in the Buckeyes’ win against Michigan.

LSU’s quarterback situation looked even more muddled after the spring game than it did before spring practice. Myles Brennan backed up then senior Danny Etling last season, but neither Brennan, Lowell Narcisse nor Justin McMillan separated from the others.

Cincinnati is coached by former Ohio State assistant Luke Fickell. The Bearcats have an established starter in Hayden Moore, who completed 239 of 424 passes for 2,562 yards and 20 touchdowns last season. Backup Ross Trail decided earlier this month that he will transfer.