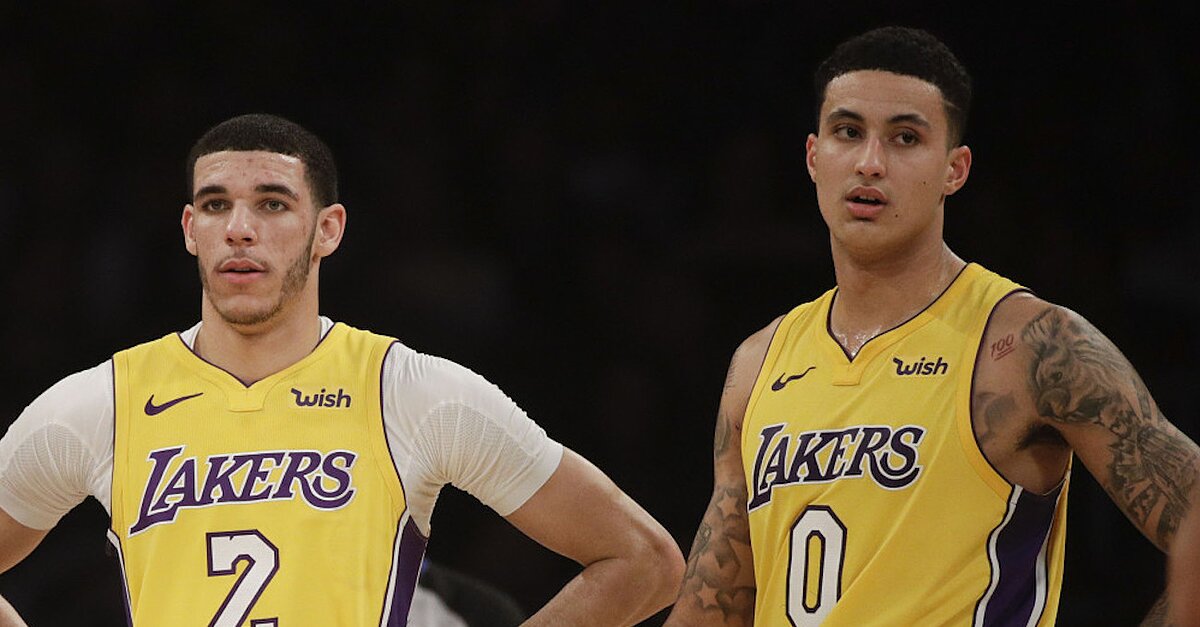 This track is gold.

From posting Instagram stories of Lonzo’s food to critiquing each other’s fashion choices, the two have a long history of roasting each other.

But Lonzo may have dropped the best roast yet.

The eldest Ball brother released a diss track on iTunes on Monday called “Kylie Kuzma,” in which Ball takes shots at Kuzma’s selfies, the fact that he won’t be as great as Russell Westbrook and that he doesn’t have his own signature shoe yet.

Take a look at some of the lyrics.

Who are you without ZO2?

Just another dude with a bunch of tattoos

You ain’t got no shoe Nike wins, Kuz lose

Claiming that I can’t shoot, but all these words is hitting you.

Boy you talking crazy, why you try to play me?

You ain’t on my level, you ain’t famous as my baby

I’m working out daily, but I ain’t posting it

They let ’em gas you up, thinking that you can’t be touched

Coming from the outskirts of Flint, boy you ain’t tough

Big Baller Brand getting bread, little Kuz is getting crumbs

We thumbing through that money, look at y’all, y’all is playing with your thumbs

Don’t know who your daddy is, well your ass is getting sonned

We both taking shots, the only difference is you ain’t hitting none

Usually do this s— for fun, but trust me boy I’m not the one

If you the bullet, I’m the gun, If you the pot, I’m cooking some

You want smoke, you can get it, dressing for attention

Trying to be Russell Westbrook, you just honorable mention.

Understandably, the NBA loved it.

Is this the best relationship in the NBA?