Liverpool have entered the race to sign Bayer Leverkusen stopper Bernd Leno, having been priced out of a move for Atlético Madrid stopper Jan Oblak.

The German keeper looks to be on the move this summer, and has already been linked with both Arsenal and Serie A runners up Napoli.

After watching Loris Karius fumble his way to helping Liverpool lose the Champions League final – two huge errors leading to Real Madrid goals – Liverpool have ramped up their search for a new number one.

Having been linked with what seems like every first team goalkeeper in Europe, the Reds have now turned their attention to Leno, according to Bild. The German seems to be on his way out of Leverkusen this summer, having already been replaced by Lukas Hradecky as the first choice stopper, with a host of teams are interested.

Arsenal and Napoli’s interest in the 26-year-old is well documented, with Liverpool now joining the race for a player that would cost around £25m. 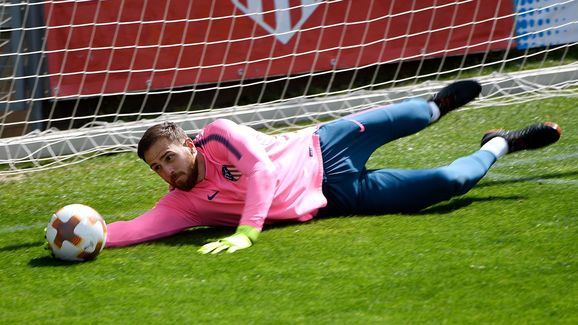 Their interest stems from Atlético’s extortionate asking price for Oblak, with Los Rojiblancos clearly determined to keep hold of their prized asset.

The Mirror claim that the Spanish outfit are refusing to budge on their £80m valuation of the Slovenian, and while Liverpool had made him their number one target, the price was simply too high for the club to pay.

It’s also believed that a deal for Roma keeper Alisson Becker is starting to drift away as well. Roma are under pressure to keep hold of their star players after selling Mohamed Salah too cheaply last summer, and any deal for Alisson would also prove much too expensive for the Reds.