Liverpool fans are far from happy with the recent rumour that the Reds are interested in signing relegated Stoke City goalkeeper Jack Butland.

The 25-year-old – who will be on the plane to Russia with England this summer – endured a difficult campaign with Stoke as he was part of the squad which got relegated ending the Potters 10-year stay in the top flight. 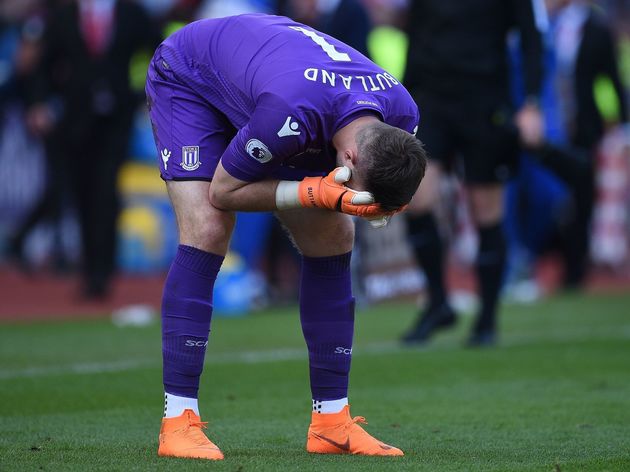 Since relegation, Butland has been linked with a move to a number of Premier League clubs, and the Independent reported that Liverpool are “likely” to sign Butland this summer along with a forward and a centre-back.

This news has been met with a collective sigh from Liverpool fans who see Butland as a poor goalkeeper. The Champions League finalists have been linked with a number of goalkeepers in recent weeks, with former Reds shot-stopper, Pepe Reina rumoured to be returning to Anfield.

Here’s how Liverpool fans have reacted to the rumours of Butland signing:

However, some fans are urging other Liverpool fans to get behind Butland should he sign for Liverpool.

Liverpool have also been rumoured to be interested in defenders James Tarkowski and Jamaal Lascelles – who were both left out by Gareth Southgate in his 23 man squad.

However, all eyes will be on Liverpool’s Champions League final against Real Madrid this Saturday where Jurgen Klopp’s side will be looking to stop the Spanish giants from winning their third Champions League in a row.