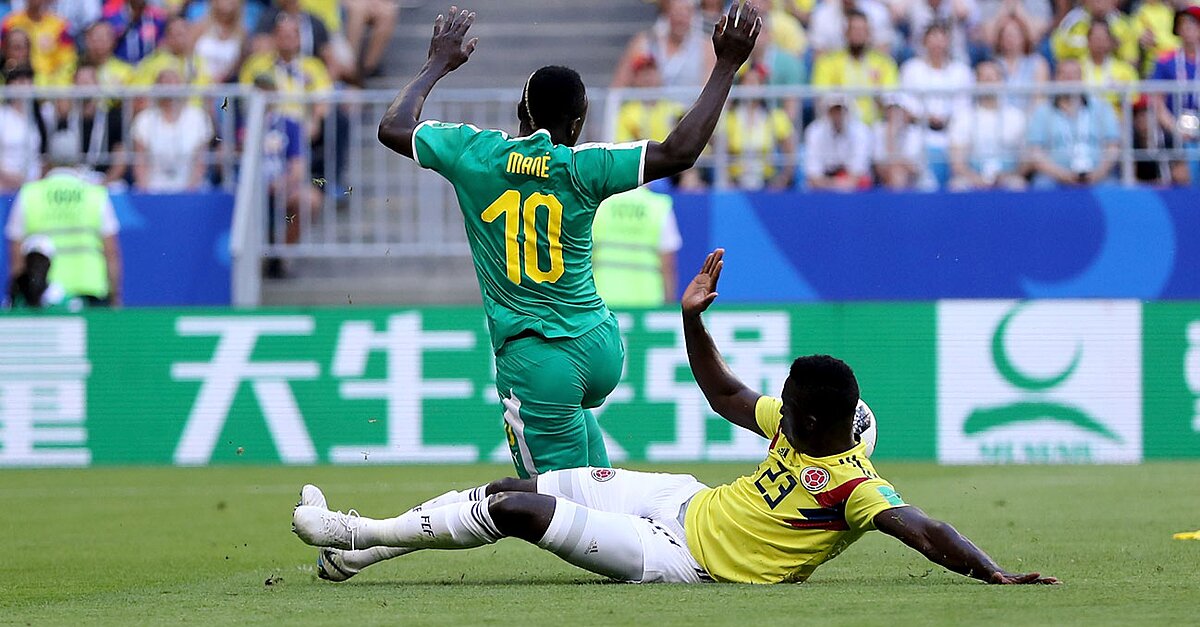 Two of the most entertaining sides battle for what could be just one place in the World Cup knockout stage when Senegal and Colombia meet in a Group H finale on Thursday.

The two sides trail Japan and enter the match knowing that if there’s a winner, it will be through, and if there’s a draw, Senegal will go through. Should Japan fall to Poland, then a draw would be enough to send both sides through. A Senegal loss that is by fewer goals than a Japan loss would also send the Lions of Teranga to the knockout stage for the first time in 16 years.

Senegal missed an opportuity to win a second straight match when it conceded late to Japan following an impressive opening victory over Poland. Colombia, meanwhile, fell to Japan after Carlos Sanchez’s third-minute red card, but it bounced back with a dynamic win over Poland, one that evoked memories of its 2014 World Cup run to the quarterfinals.

The opening 10 minutes of the match were rather tame, given how dynamic both sides have proven to be at times during this competition. With neither side looking to open itself up to an early error that could put it to the sword, and with Japan scoreless early as well, much of the action remaind in the middle third of the field.

Colombia had the match’s first chance 12 minutes in, after Radamel Falcao earned a free kick some 20 yards from goal. Juan Quintero bent in a dangerous left-footed shot, bouncing right in front of Khadim Ndiaye, who managed to punch it to safety.

Senegal thought it had a penalty in the 17th minute, when Davinson Sanchez clattered into Sadio Mane as he broke through on goal in the box. The referee went to VAR and took a look on the replay, though, seeing that Sanchez’s tackle was not penalty-worthy, letting Los Cafeteros and the Tottenham center back off the hook.

Colombia suffered a massive setback in the 30th minute, when James Rodriguez was forced out of the match with an apparent injury recurrence. James was reduced to only 30 minutes off the bench vs. Japan before playing the full 90 against Poland, but he had to be replaced by Luis Muriel after half an hour, with the match tied and Colombia out of the last 16 as things currently stood in both Group H finales.

Both teams received a dose of good news at around the hour mark. Poland’s Jan Bednarek scored on a header off a free kick, putting Japan in a 1-0 hole and provisionally sending both Senegal and Colombia through to the round of 16.

For updates from the other simultaneous Group H finale between Japan and Poland, read on here.