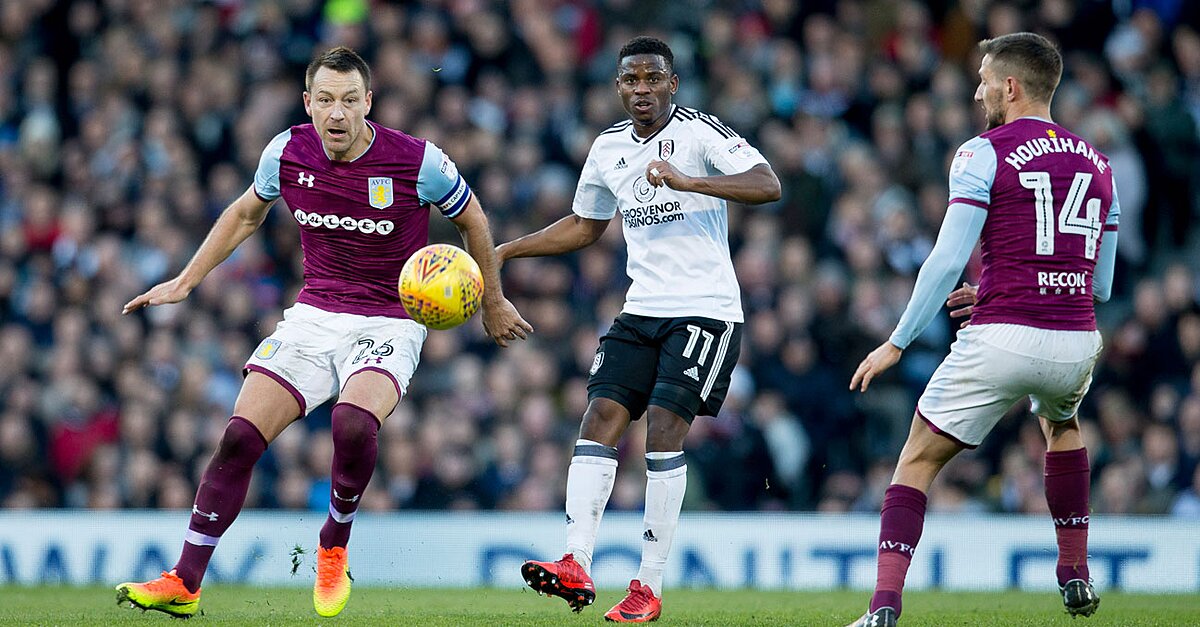 Follow along for live updates and highlights of goals and key plays as Aston Villa and Fulham square off for a place in the Premier League.

Fulham and Aston Villa go head-to-head for a place in the Premier League and the riches that go along with it when they meet in the promotion playoff final at Wembley Stadium in London on Saturday.

The two sides, who used to duel in the top flight, are desperate to return and earned their way to the playoff final after edging their first foes over a two-legged series. Fulham battled back from a 1-0 first-leg loss to oust Derby County 2-1, while Aston Villa held on for a 1-0 triumph over Middlesbrough to reach the cusp of a desired exit from the Championship.

The first few minutes began as predicted, with Aston Villa implementing its strong defensive unit against the creative Fulham, looking to break through the wings. A few early fouls from Steve Bruce’s side showed how physical Villa would be.

The physicality kept going as James Chester fouled Aleksandar Mitrovic just outside the box making it the first booking of the day.

Fulham, as expected, controlled most of the possession but finding little room to create any meaningful chances while Villa gave the ball away too much while lookin for its lone striker. There was dangerous moment in the 14th minute when Fulham gave away the ball carelessly outside the box, and Snodgrass looked for Albert Adomah but couldn’t find the right pass.

In the 19th minute there was a call for a penalty on Conor Hourihane but it was way too soft to be called.

In the 20th minute, Tom Cairney picked up a great ball from Ryan Sessegnon and made it 1-0 to Fulham.

In the 29th minute, Jack Grealish, who kept getting fouled in the first half, won a free-kick for his team in a dangerous area but Fulham cleared it with ease. Thanks to a cross from the roght hand side in the 31st minute, Ryan Sessegnon headed an attempt but it went straight into the hands of Sam Johnstone.

Villa searched for the equalizer but Fulham stood firm as the minutes closed in for the break. Grealis, once again, was brought down in the 37th minute and Denis Odoi received a yellow for bringing down the attacking midfielder. In the free-kick, Robert Snodgrass chipped it to Grealish who could only put it over the bar.

Fulham kept attacking the right hand side thanks to Ryan Fredericks’s pace but Villa held on to keep it 1-0 at the half.

Wolverhampton and Cardiff City will also be joining the Premier League next season, and they’ll hope for the same fate enjoyed by the previous set of promoted teams. Huddersfield Town, Brighton and Newcastle all stayed up and are assured of another season in the top flight.