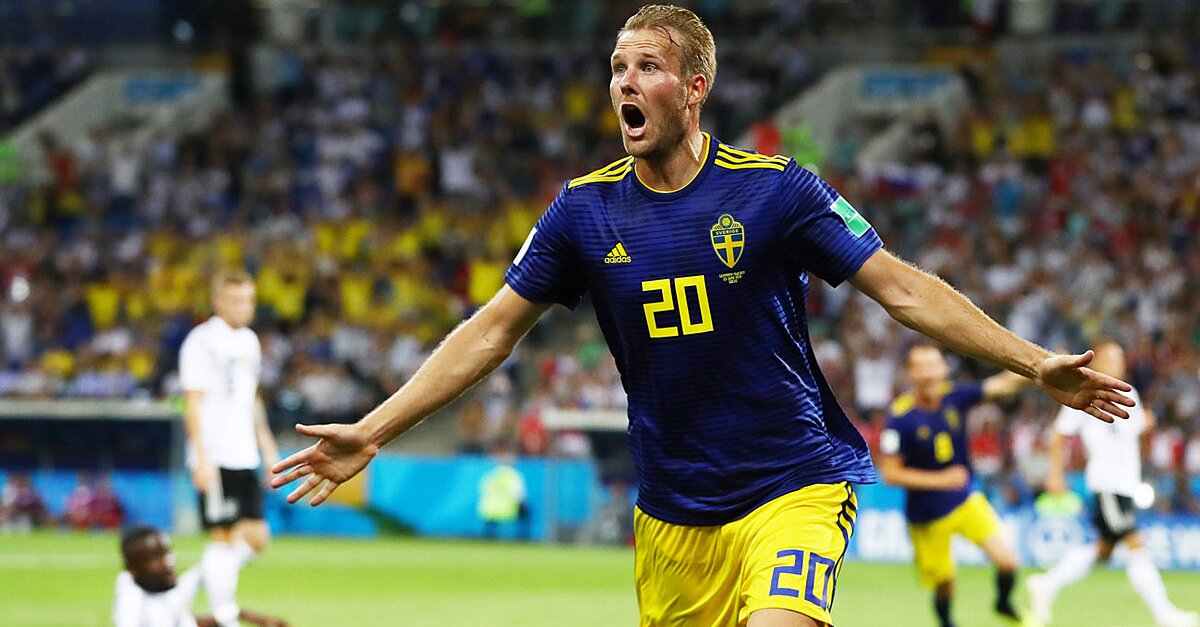 Germany was dealt a surprise setback to start life in the World Cup. Now it’s out to turn around its tournament outlook.

Following a 1-0 loss to Mexico, Germany needs points when it face Sweden in Sochi. The defending champions didn’t quite look like themselves vs. El Tri, and Jogi Low will hope to inspire his side to three points it needs to avoid an unfavorable set of scenarios in the final match of Group F play. That task was made a bit more difficult by a neck injury to Mats Hummels, which has ruled the center back out for the match.

Sweden, meanwhile, earned a 1-0 win over South Korea in its opener, and by virtue of Mexico’s 2-1 win over the Asian side earlier on Saturday, it can unceremoniously dump Germany out of the competition with a win.

Germany came out pressing early, and it nearly scored two minutes in, when it had a chance off a wild goal-mouth scramble blocked from in close. Timo Werner had two chances to cross from by the near post, and after his first was blocked, he headed the second across goal to Julian Draxler. The PSG playmaker’s point-blank chance was blocked on the line, though, keeping it 0-0.

Germany pressured down the right-hand side again in the ninth minute, with Marco Reus having a cross at the near post desperately cleared by Victor Lindelof before it could reach its target.

Sweden had none of the ball in the early going, but it nearly took a shocking lead in the 13th minute. Marcus Berg got in behind on a breakaway after a turnover by Antonio Rudiger, and while he was setting up to shoot on goal, Jerome Boateng appeared to push him from behind in the box. Manuel Neuer wound up coming off his line and making the save, while Berg went down claiming he should’ve had a penalty. VAR never intervened, and Germany escaped unscathed.

Germany was forced to play temporarily with 10 men after Sebastian Rudy took a cleat to the face while sliding for the ball. The Bayern Munich midfielder ultimately was forced to come out, with a bloody nose and apparent head injury wouldn’t relent. On in his place came Ilkay Gundogan, five minutes after Rudy walked to the sideline.

Germany conceded an unlikely goal moments later. Toni Kroos’s giveaway in the middle of the field sparked an instant Sweden counter. Ola Toivonen took a touch off his chest after a lofted ball forward, and he then chipped Neuer from in close to make it 1-0.

Germany nearly equalized a few minutes later, when Gundogan laced a blast from long range that took a deflection, but goalkeeper Robin Olsen got down to his right and made the full-extension save to paw it to safety.

Neuer ensured the halftime deficit was only 1-0 on the last play of the opening 45 minute. Sebastian Larsson took a quick free kick, catching Germany off guard, and the ensuing header appeared destined for the far post, until a diving Neuer steered it away.