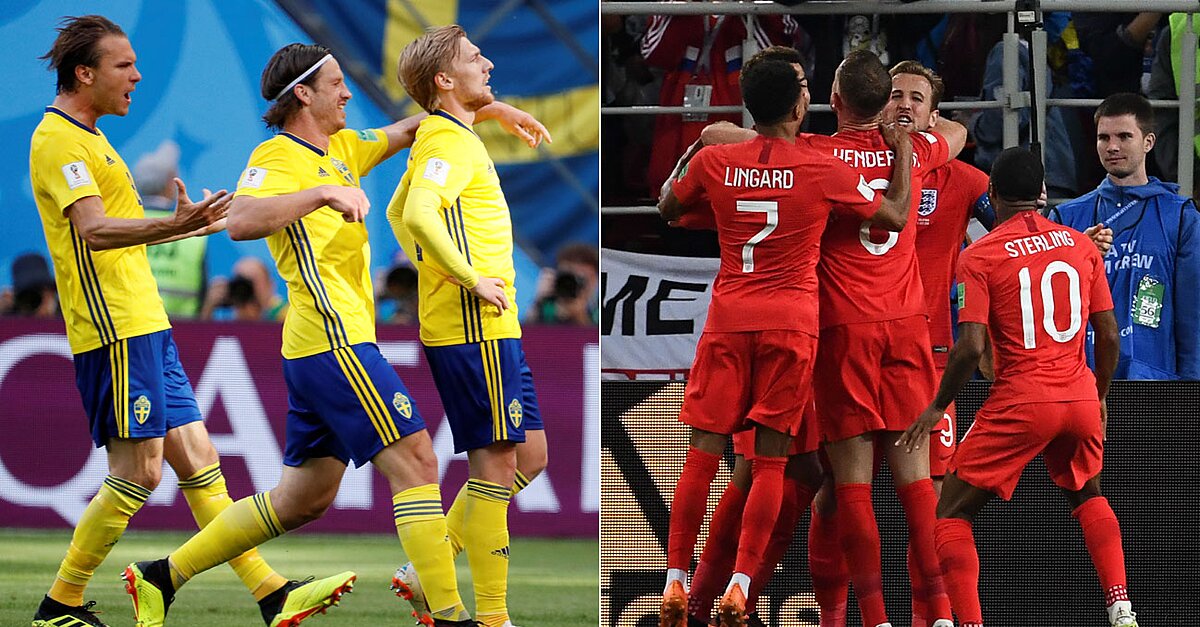 Follow along for live updates and highlights of goals and key plays as Sweden and England play for a place in the World Cup semifinals.

It’s been over two decades since either England or Sweden reached the World Cup semifinals, but that skid will end for one of them on Saturday.

The two nations meet in Samara with a ticket to the final four on the line. England, riding the high of winning a penalty kick shootout at the World Cup for the first time after besting Colombia in the round of 16, boasts Golden Boot leader Harry Kane, and it’ll be hoping he can add to his tally against a stingy Swedish defense and carry the Three Lions to a first semifinal since 1990.

Sweden, meanwhile, is without starting right back Mikael Lustig, who is out due to yellow card accumulation, but the Swedes have kept clean sheets in three of their four matches in Russia and set out to make it a fifth in order to seal a semifinal return for the first time since 1994.

The winner will play either Russia or Croatia in the semifinals.