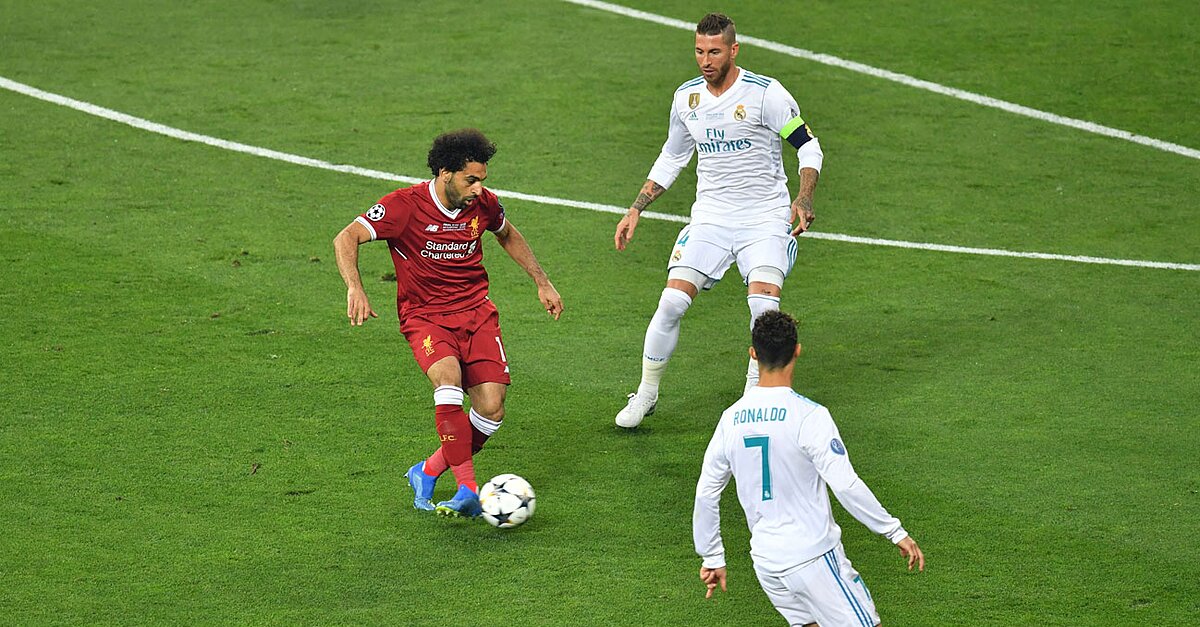 Follow along for live updates and highlights of goals and key plays as Real Madrid and Liverpool battle for the Champions League title.

Real Madrid’s quest for a Champions League three-peat has one final hurdle.

The two-time reigning kings of Europe square off against Liverpool in a highly anticipated Champions League final in Kiev, Ukraine, on Saturday. Real Madrid is hoping to become the first team since Bayern Munich in 1976 to win three straight European titles, while Liverpool is hoping to end the Spanish side’s dominance in the competition while winning its first title since 2005.

Real Madrid had a substandard run in La Liga, but it was its punishing self in European play, led by Cristiano Ronaldo. The Portugal veteran’s 15 goals are the most in the competition, and he helped carry Real through a gauntlet of knockout opponents that included PSG, Juventus and Bayern Munich.

Liverpool counters with its three-headed monster of Mohamed Salah, Roberto Firmino and Sadio Mane, who have combined for 29 goals in the competition and provided the spark for a downright lethal side.

Both sides came out looking to apply pressure early, with Liverpool’s high press forcing Real Madrid into an early turnover that nearly gifted Salah and Mane an opportunity in the first minute. A minute later, an Isco service forward forced Loris Karius to race off his line for a punch, though the play would have been negated due to an offside attacker.

Salah and Firmino then combined for another near chance, with the latter having a chested-down ball deflected into the path of right back Trent Alexander-Arnold, who couldn’t quite beat onrushing Real Madrid goalkeeper Keylor Navas to the ball in the eighth minute.

Real Madrid survived a wild 14th-minute sequence, in which Salah, Mane and Firmino all head goalward attempts blocked before a flying Navas punched away a cross from Alexander-Arnold from the right.

Stay tuned here for live updates and highlights of goals and key plays from throughout this title bout (refresh for most recent updates).

The winner will go on to face Atletico Madrid in the UEFA Super Cup–the annual meeting between Champions League and Europa League winner–in Estonia on August 15.