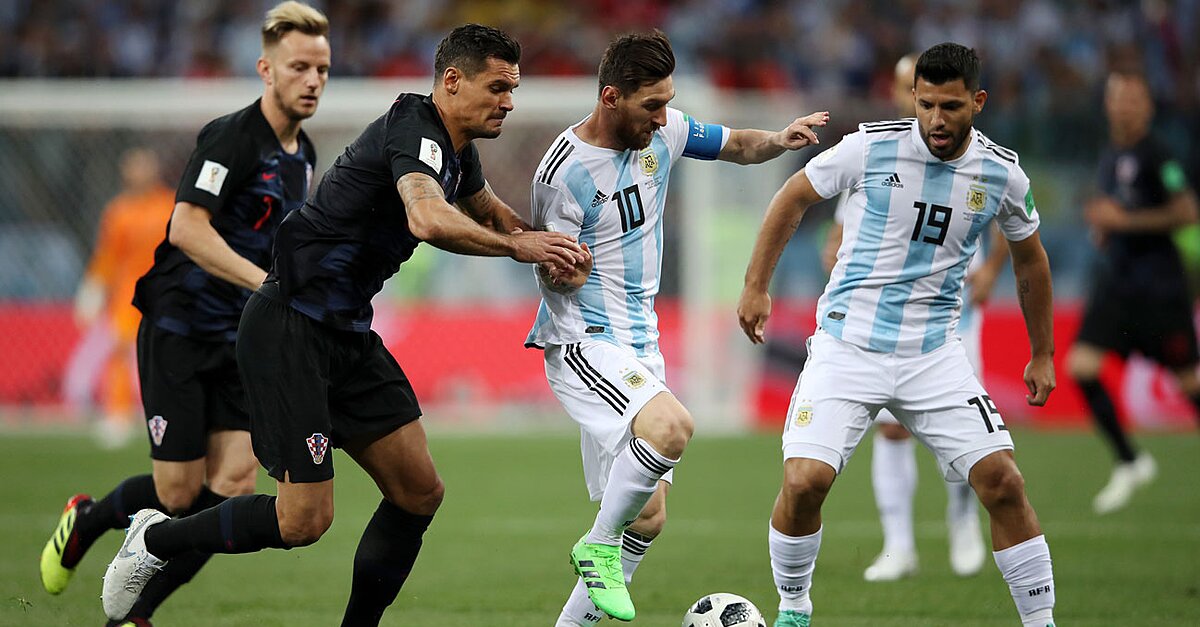 All eyes are on Lionel Messi and Argentina to see how they’ll bounce back from a disappointing draw vs. Iceland to open their World Cup.

Messi’s saved penalty kick looms large after the 1-1 draw limited Argentina to a point. With Croatia carrying three points after a win over Nigeria, the wrong result could put the South American giant on the cusp of going out prior to the knockout stage–while a win would send Croatia to the last 16.

Croatia was never in danger against Nigeria, but it rode an own goal and penalty kick to the win and will be looking for a substantial showing from its cast of stars. It’ll also be looking to overcome a distraction after Nikola Kalinic was sent home for refusing to come on as a late substitute in the opening match.

Argentina goalkeeper Willy Caballero was forced into an early save by Ivan Perisic, who was played into acres of space down the left-hand side. Perisic took the angled shot, and Cabellero got down to dive and push it wide of the far post in the fifth minute.

Messi came inches from his first chance on goal in the 12th minute. He ran onto a ball chipped over the top and outstretched his leg six yards from goal, but he could barely make contact, coming up just short as the ball bounced into the waiting arms of goalkeeper Danijel Subasic.

Moments later, Sergio Aguero appeared to have a clear look in the center of the box after a cross, but a pair of sliding defenders–Dejan Lovren and Sime Vrsaljko–came up with the heroic block to prevent his chance from getting on frame.

Argentina missed a golden opportunity at the half-hour mark. A freak deflection with the goalkeeper out of position gifted Enzo Perez a clean look at goal from 12 yards out, but he shanked the chance, putting it wide left of a vacant net, much to Argentina’s dismay.

It was Croatia’s turn to miss next, as on the other end of the field, Mario Mandzukic wasted a golden chance. He timed his run to the near post to perfection, as Vrsaljko curled in a cross from the right, but the Juventus forward failed to connect on the header, steering it wide of the post despite having an apparent clear look at goal.

Outside of the missed chances, the match was marked by physical play. Croatia registered 12 fouls on its own in the first half, whle Argentina had half a dozen, and a pair of incidents were briefly reviewed by VAR to see if they were deemed red-card worthy. The choppy nature and Croatia’s approach neutralized Messi’s influence over the opening 45, with the under-pressure star not much of a factor at all.