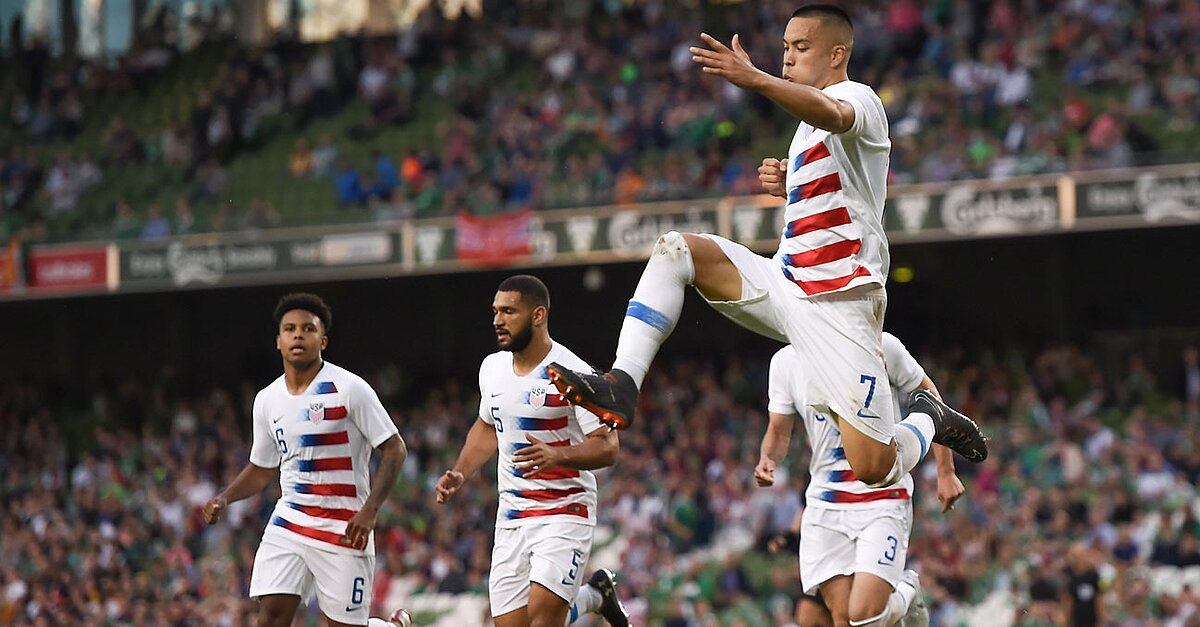 The U.S. men’s national team will aim to build off its Memorial Day win over Bolivia when it heads to Europe to take on fellow 2018 World Cup spectator Ireland on Saturday in Dublin.

A youthful U.S. handled Bolivia with ease, winning 3-0 behind the first senior international goals from Josh Sargent, Tim Weah and Walker Zimmerman. Interim manager Dave Sarachan has swapped out a number of players since, leaving seven–including Christian Pulisic–behind and calling in 10 others, including veterans DeAndre Yedlin and Bobby Wood.

For Ireland, veteran forward Shane Long has been ruled out with an injury, while defender John O’Shea will be playing in his 118th and final match for the national team.

Ireland was noticeably more organized and stout in the opening minutes than Bolivia was arugably in the full 90 on Monday, forcing an early corner kick and then earning another off an unforced error from Yedlin, whose wayward backpass gifted the hosts the set piece. That one resulted in yet a third, but after some tense moments, the USA cleared.

Jonathan Walters then tried to beat U.S. goalkeeper Bill Hamid from distance, attempting an audacious half-volley off the bounce after a miscommunication in the back for the U.S., but it went wide of the right post in the 11th minute.

The U.S. had little early succes in the attack, but when it did push forward it came down the right, with Weah and Yedlin pushing forward down the right channel. The best opportunity came about a quarter of an hour in, when a cross from the right found Wood in the center of the box, only for the forward to push his header well wide of the goal.

Hamid was called into action in the 20th minute, when James McClean fired a dipping blast from over 25 yards on frame, only for the keeper to punch it away to safety.

The U.S. nearly struck four minutes later, off a corner kick, Tyler Adams lined up a blast off a failed clearance attempt, and Rubio Rubin’s effort to redirect it on goal went wide. It’s unclear whether Adams’s shot would’ve gone in on its own, had Rubin not been in the way.

A minute later, the U.S. was in the final third again, with Weah’s excellent individual work allowing Wood to line up a left-footed curler from 20 yards, only to put it wide of the mark.

Wood managed to give the USA the lead with the final kick of the first half. Off Wil Trapp’s free kick, Matt Miazga headed the ball forward, and Wood got in behind the defense, extending his leg to poke it by rooted goalkeeper Colin Doyle to make it 1-0.

Ireland pulled even in the 57th minute off a corner kick. The U.S. made a mess of defending the short corner, with Hamid coming off his line and failing to grab a cross in traffic. It fell for Darragh Lenihan, who fired forward, before Graham Burke redirected it in at the goalmouth to make it 1-1.

The U.S. was dealt a break about 10 minutes, later, when it appeared Lenihan had put Ireland ahead, only for the offside flag to negate the goal.

Ireland eventually found its go-ahead goal, and it came late. Just as Wood scored at the tail-end of the first half, Ireland did in the second. Alan Judge, fresh off the bench, took the ball off a surging McClean’s foot and beat Hamid with a left-footed blast in the 90th minute to make it 2-1.

Here were the lineups for the match:

Here are the rosters for both teams: