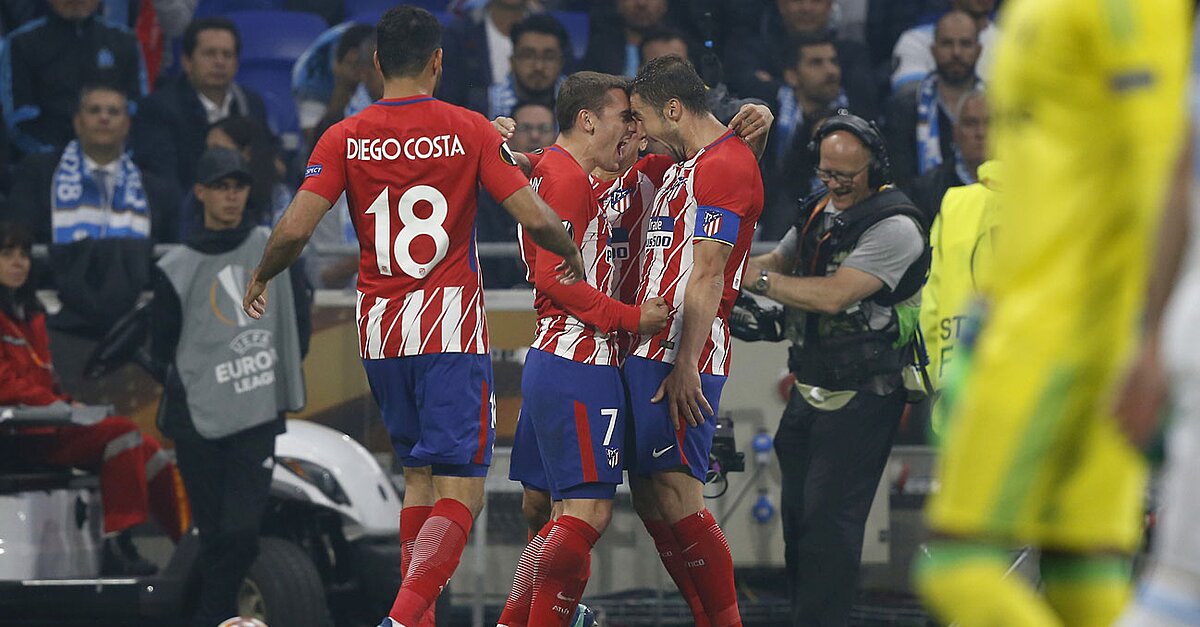 Follow along for live updates and highlights of goals and key plays as Marseille and Atletico Madrid play for the Europa League title.

Either Marseille or Atletico Madrid will lift a European trophy in France on Wednesday, as the two sides meet for the Europa League title in Lyon.

Antoine Griezmann will hope to star for Atletico Madrid on his native soil in what could be his penultimate appearance as a Rojiblanco, with rumors linking him to a move to Barcelona. Marseille counters with the likes of France World Cup hopefuls Florian Thauvin and Dimitri Payet, who should have the backing of a partisan crowd at Groupama Stadium.

Four minutes in, Valere Germain nearly gave Marseille a dream start. Payet put it on a platter for the French forward, threading the needle with a through ball, but Germain put his close-range chance over Jan Oblak’s goal to keep it 0-0.

Marseille continued to pressure Oblak and the Atletico Madrid defense, with Bouna Sarr firing another warning shot in the 12th minute on a low blast from distance that hooked wide of the post.

Atletico Madrid struggled to find its footing in the attack and only came up with a half-chance off a cleared throw-in. Koke acrobatically tried to karate-kick-volley a ball from 20 yards, but it sailed well wide of goalkeeper Steve Mandanda’s post in the 15th minute.

Marseille’s crispness at the beginning turned into shambles in the 21st minute. A horrible giveaway off a simple pass from Mandanda out of the back allowed Griezmann to slot home on a 1-v-1, giving Atletico Madrid the lead.

Things got worse for Marseille soon after. Payet was forced off with an injury just after the half-hour mark, depriving the French side of its playmaker and captain. He was replaced by Maxime Lopez.

The European slate for the season wraps up on May 26 with the Champions League final between Real Madrid and Liverpool in Kiev, Ukraine.