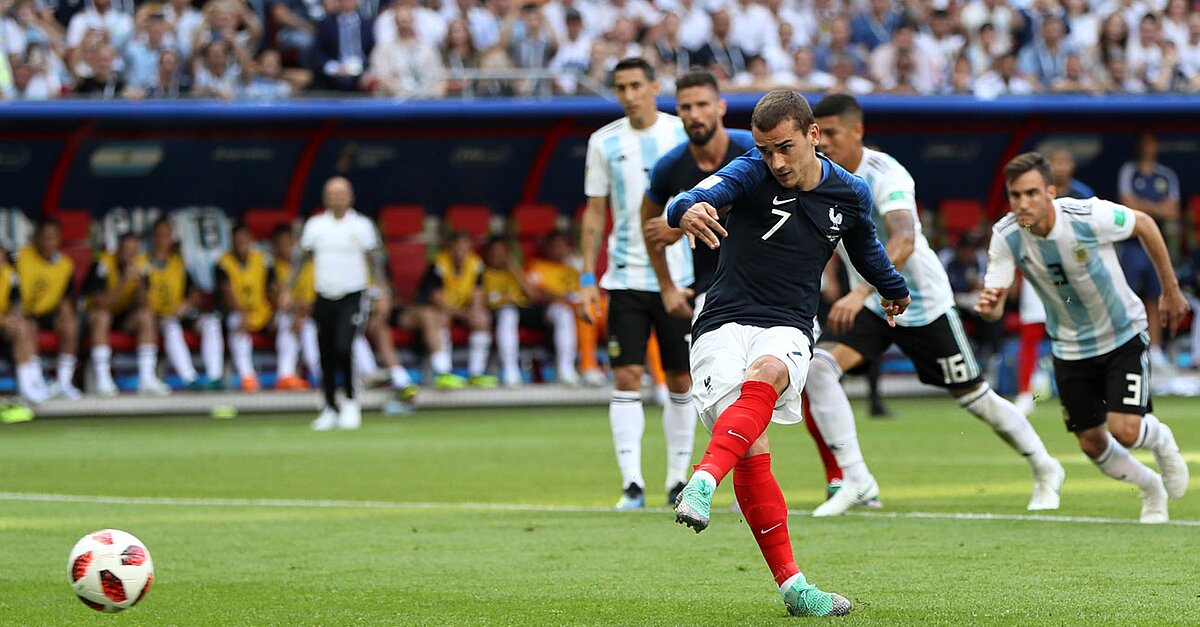 Lionel Messi and Argentina have new life in the World Cup, but it could soon turn into a sudden death given their round-of-16 matchup against France.

Les Bleus and their cast of stars represent a high hurdle to clear for an Argentina side that labored through the group stage, fought turmoil on and off the field and advanced thanks to Marcos Rojo’s improbable late volley against Nigeria.

France, meanwhile, won its group, albeit not convincingly. The European power edged Australia and Peru and then rested starters to sleepwalk through a 0-0 draw vs. Denmark, clearly not having realized the heights it’s capable of given the talent on Didier Deschamps’s squad.

Argentina presented a wrinkle from the start, opening with Messi in a false nine role, and leaving all of Gonzalo Higuain, Sergio Aguero and Paulo Dybala on the bench.

Argentina looked like it might’ve had something on in the fifth minute, when a beautiful long diagonal ball picked out Angel Di Maria streaking down the left-hand side. He fired in a cross in the general direction of nobody, though, instead of showing patience and waiting for a teammate to arrive in the attack, thus ending the threat.

France’s first chance of the match came on a set piece, and Les Bleus were inches away from seizing the lead. After Kylian Mbappe earned a free kick 20 yards from goal at a straightaway angle, Antoine Griezmann fired his chance off the crossbar, letting Argentina off and keeping it 0-0 early.

Minutes later, Mbappe was at it again, earning a penalty for France. After a giveaway in the attacking third, Mbappe embarked on a one-man counterattack, blazing down the center of the field. Rojo couldn’t handle his pace, and was forced into a foul just inside the box. Griezmann stepped to the spot and delivered, making it 1-0 in the 13th minute.

Mbappe’s pace created more problems five minutes later. Off a quickly taken free kick, Paul Pogba played the PSG star in behind the Argentina defense, which brought him down inches outside of the box. After Rojo’s earlier yellow card, Nicolas Tagliafico earned one of his own in conceding the free kick that nearly became a second penalty. Pogba fired his chance over the bar, though, keeping it 1-0.

France continued to torment Argentina’s back line, with Griezmann again doing the honors. This time it came on a run down the right, as he torched Rojo as he approached the near post, before firing in a dangerous cross that Franco Armani managed to get down and stop before it found its desired target.

The winner will go on to play either Uruguay or Portugal in the quarterfinals.