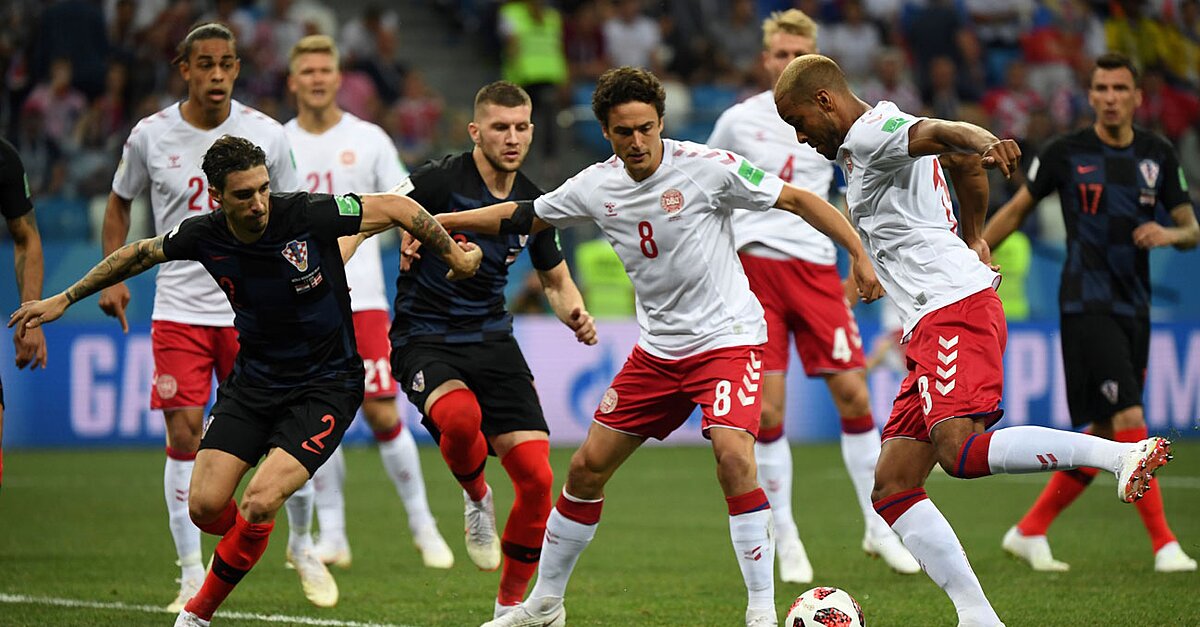 Croatia was arguably the best team in the World Cup group stage, and it will look to continue its run in the knockout rounds when it faces Denmark in Nizhny Novgorod, Russia on Sunday.

Croatia swept Argentina, Nigeria and Iceland to top a tough Group D, only conceding one goal, and that being on a penalty kick to Gylfi Sigurdsson with 15 minutes to go in the final match. Led by midfield stalwart Luka Modric, the Croatians have found their stride and appear focused under manager Zlatko Dalic.

Denmark should provide a tough resistance, though, and has a game-breaker of its own in Christian Eriksen. The Tottenham star only scored once in the group stage (Denmark only scored twice, with Eriksen assisting on the other goal), but he is capable of a difference-making moment that requires the opposition to remain on its toes.

Both teams concidentally had their best World Cup showings 20 years ago. In 1998, Denmark made a run to the quarterfinals, while Croatia lost in the semis and beat the Netherlands in the third-place consolation match.

The winner will face host Russia in the quarterfinals on July 7.

Denmark struck first after 60 seconds. A long throw-in fell for Mathias Jorgensen by the far post, and he squeezed his left-footed chance through traffic for the first international goal of his career to cement a dream start for the Danes.

That dream start lasted all of three minutes. A Denmark clearance attempt from its own area bounced off a defender, right into the path of Mario Mandzukic. The Juventus striker made good on the gift, finishing from close range to make it 1-1 after four minutes.

The match settled down from there into what most expected: a match in which Croatia had the better of the ball, but Denmark resisted with its organized defense. Croatia’s best chance came on an Ivan Perisic free kick from 19 yards, but it was one that was blasted right into the wall.

Denmark picked its spots and nearly picked off the go-ahead goal in the 27th minute through Martin Braithwaite, who was played into the box on the right side and had a near-post chance snuffed out by goalkeeper Danijel Subasic.

On the other end, Croatia nearly struck twice. Ivan Perisic took a blast from over 20 yards that Kasper Schmeichel parried away, but Croatia kept the ball alive, and after a second parry, Perisic wound up with a chance to score from inside the box and Schmeichel off his line, only to blast his opportunity well over the bar.