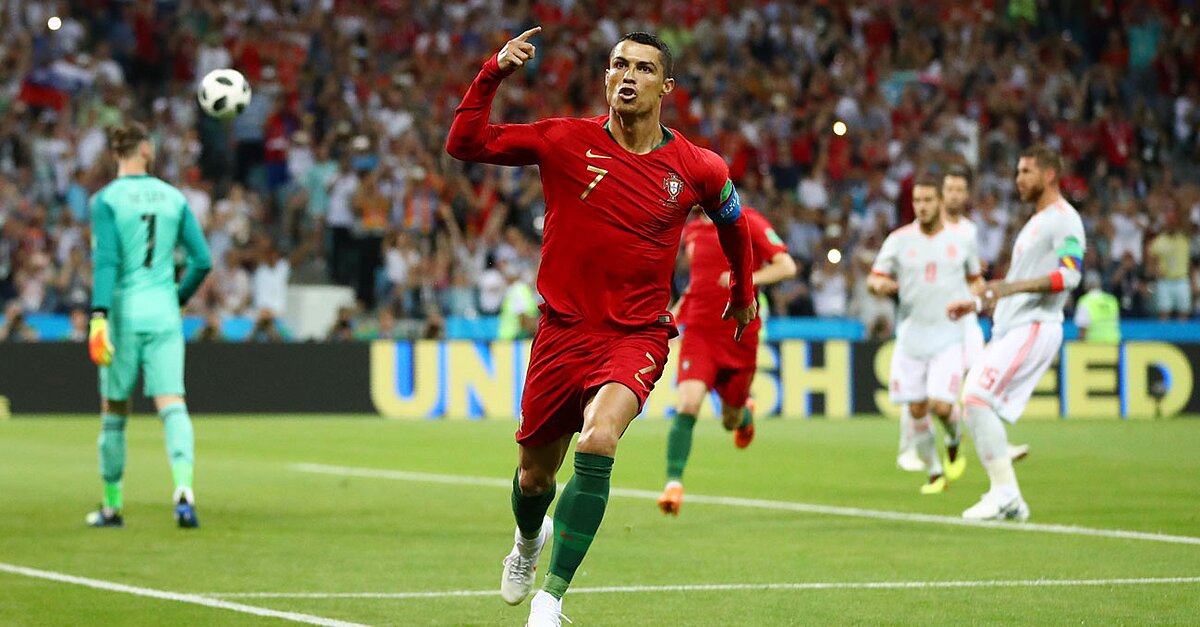 One of the most anticipated matches of the 2018 World Cup takes place on the second day of competition, as neighboring foes Spain and Portugal meet in Sochi.

The match would already have a spotlight on it, but that focus got even larger when Spain fired manager Julen Lopetegui on Wednesday, a day after he accepted the Real Madrid manager job for after the World Cup with the Spanish federation in the dark. In steps Fernando Hierro, who is tasked with bringing Spain together after such chaos so close to the tournament.

That won’t be easy, with the 2016 European champions and Cristiano Ronaldo standing on the other side of the field. Portugal has had some significant roster overturn since lifting its first major international trophy, but Ronaldo’s teammates are arguably more dynamic and capable than their predecessors and should test a veteran Spain defense marshaled by Sergio Ramos and Gerard Pique.

Ronaldo wasted little time getting on the board for Portugal. Real Madrid teammate Nacho took him down as he dribbled in the Spain box, and after a quick check with the VAR, the penalty stood. Ronaldo beat David de Gea from the spot to give Portugal the lead in the fourth minute.

Spain struggled to get a hold of the game, but carved out a couple of opportunities in the 20th minute, the best of which came with Andres Iniesta juking a defender and slipping a pass for David Silva, whose chance was put wide of the mark.

Portugal then nearly struck on the other end a couple of minutes later, when Ronaldo crossed for Goncalo Guedes, only for the young forward to hesitate, allowing Spain’s defenders to recover and win the ball.

Spain then equalized in the next minute. Diego Costa won the ball off Pepe, then beat two defenders on an incredible individual effort to score and Spain level at 1-1. VAR was consulted to see if Costa had fouled Pepe, but the 24th-minute goal stood.

Spain nearly took the lead moments later. Isco ripped a rocket that hit off the underside of the crossbar and came down on the goal line, clearly not crossing entirely. Jordi Alba has his rebound at the goalmouth saved by Rui Patricio, but he was offside even if he had scored.

Spain continued to dominate the ball after the momentum boost provided by the goal, and at the end of a brilliant passing sequence Jordi Alba hit a cut-back cross to Andres Iniesta. The ex-Barcelona legend tried to steer it on goal, but he missed the far post by inches, keeping the game level at 1-1.

Just when it appeared that Spain would take its momentum into halftime, Ronaldo benefitted from a gift. Against the run of play, Ronaldo fired a low chance on frame that De Gea spilled into his own goal. It was an uncharacteristic gaffe from the Manchester United goalkeeper, who was spectacular all season in the Premier League.