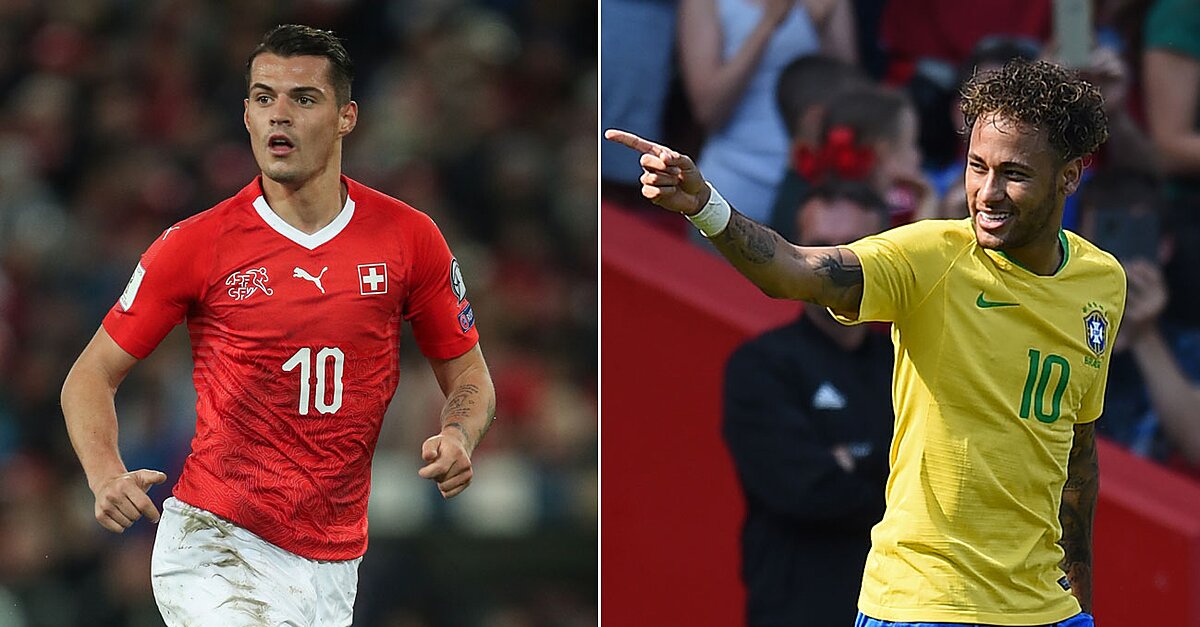 Brazil’s last World Cup ended in extreme sadness, and the Seleção are eager to turn the page when they face Switzerland in Rostov-on-Don, Russia on Sunday.

Brazil’s 7-1 semifinal defeat on home soil to Germany has clouded the national team ever since, but with a healthy Neymar surrounded by a rejuvenated cast that includes Gabriel Jesus, Roberto Firmino, Philippe Coutinho and Marcelo, Brazil has eyes on a record sixth World Cup title.

Standing in its way is a Switzerland team that can cause problems. The Swiss went 9-1-0 in World Cup qualifying, only failing to win its group due to losing the goal-differential tiebreaker to Portugal. With Granit Xhaka in the middle and Breel Embolo and Xherdan Shaqiri in the attack, the sixth-ranked team in the world will look to pile more World Cup misery onto its opponent.

Switzerland came up with the first chance of the game, with Shaqiri supplying a cross for Blerim Dzemaili in the fourth minute, though it was slightly behind the veteran, and as he reached back to volley it, he directed it high over the bar.

Brazil earned its first chance in the 12th minute, coming inches away from taking the lead. Coutinho and Neymar combined on the left channel, with the latter sending in a cross for Paulinho. His redirect trickled just wide of the far post, keeping it 0-0.

Here are the rosters for both nations: