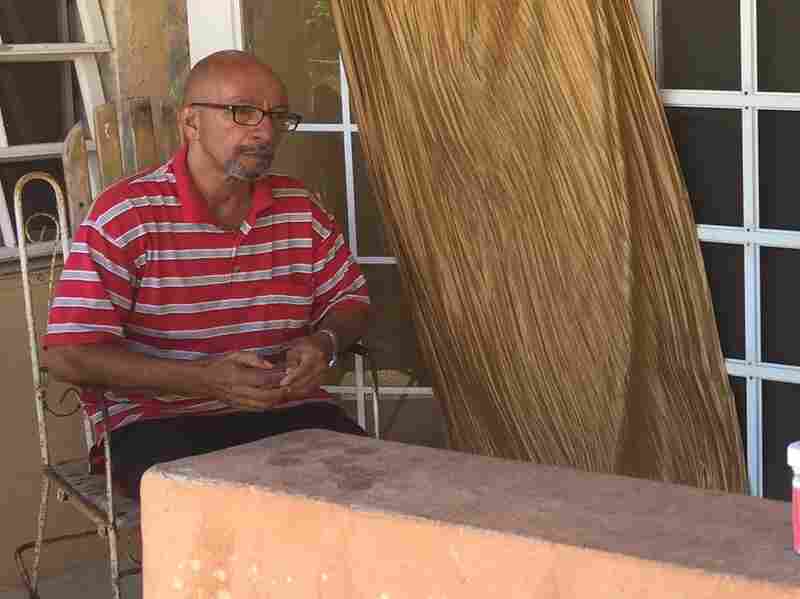 Don Gregorio has lived all his life in the same home in Humacao, a city on Puerto Rico’s eastern coast that was hard-hit by Hurricane Maria. Many of his old friends have since left for the mainland, the former carpenter says, and he feels very alone. Sarah Varney/Kaiser Health News hide caption 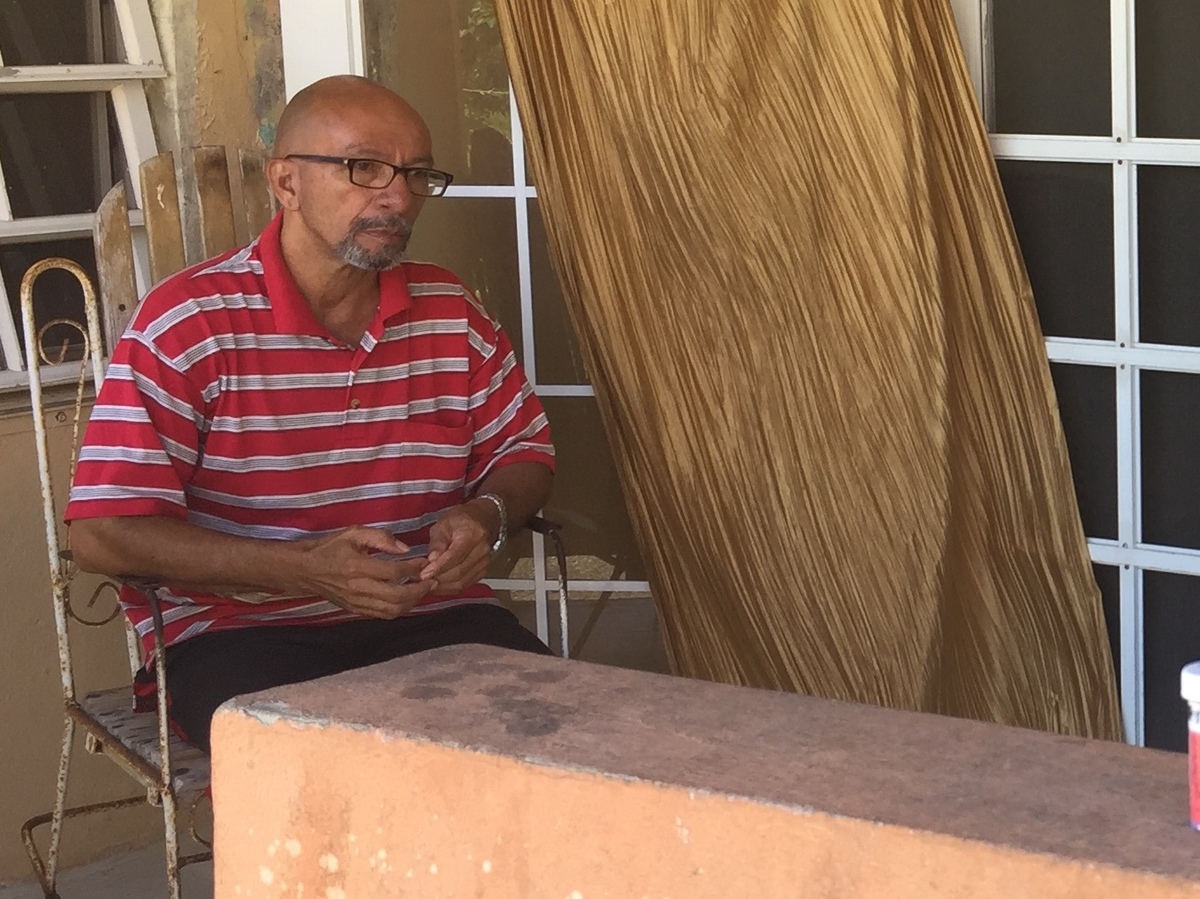 Don Gregorio has lived all his life in the same home in Humacao, a city on Puerto Rico’s eastern coast that was hard-hit by Hurricane Maria. Many of his old friends have since left for the mainland, the former carpenter says, and he feels very alone.

A social worker, Lisel Vargas, has come to visit Don Gregorio at his storm-damaged home in the steep hillsides of Humacao, a city on Puerto Rico’s eastern coast near where Hurricane Maria first made landfall.

Gregorio, a 62-year-old former carpenter who lives alone, looks haggard. He stopped taking his medication for depression more than a week ago, and he says he hasn’t slept in four days. He feels anxious and nervous, he says, rubbing his bald head and fidgeting with the silver watch on his wrist. His voice monotone and barely audible, he tells Vargas that he has recently had thoughts of suicide.

Indeed, the overall suicide rate in Puerto Rico increased 29 percent in the first months after Hurricane Maria, the Puerto Rico Department of Public Health reports, and that anguish is continuing.

Gregorio’s descent from determined storm victim to this moment of despair is a path traveled by many in Puerto Rico, who lost much more than material possessions. Psychologists and social workers, like Vargas, say elderly people are especially vulnerable when their daily routines are disrupted for long periods of time. Those who were once active, she says, now stay home alone.

“Before, they used to watch television, they would watch their novellas [or] hear the radio,” says Vargas. That predictability of TV shows, church groups and frequent visits with friends imbues life with meaning and order. The storm changed that.

“Because they feel depressed,” Vargas says, “they don’t have that desire to keep that routine — of sharing in the community.”

In the weeks following the storm, Gregorio says, he cried all day, every day. After that, he got to work, clearing the broken branches and helping his neighbors.

But as the months wore on and his church remained closed, his regular church groups couldn’t meet and many of the people he saw every day moved to the mainland. He went six months without electricity and missed the nightly routine of watching the local news. Now, he feels listless and forlorn.

“Now, I can’t do anything,” he says. “Like about two months that I haven’t been able to do anything. I’m not motivated.”

So he just sits alongside the driveway of his home, much of the day. He wanted to go live with his sister in Florida, but he says she can’t take him in. He reads his Bible and prepares canned food for dinner and goes to bed early.

“We have elderly people who live alone, with no power, no water and very little food,” says Adrian Gonzalez, chief operating office at Castaner General Hospital in Castaner, a small town in the island’s central mountains. The loss of routine has created widespread anxiety among the elderly, he says. “We have two in-house psychologists and right now their [schedules are] packed.”

Dr. Angel Munoz, a clinical psychologist in Ponce, says people who care for the elderly need to be trained to identify the warning signs of suicide.

“Many of these elderly people either live alone or are being taken care of by neighbors,” says Dr. Munoz. “They are not even relatives.”

In Humacao, the church has tried to bring back its slate of activities, but Don Gregorio says he often doesn’t feel like going. Many of the people he once spent time with left Puerto Rico after the storm.

Standing on the hillside behind his house and surveying banana and breadfruit trees that show new signs of life, Gregorio doesn’t sound hopeful.

“I would like to leave, too,” he says. “I pray that God can take me out of this house — because I’ve lived in the same place for 62 years.”

He recently called his sister in Jacksonville, Fla., and asked if he could move in with her.

Sarah Varney is a senior national correspondent at Kaiser Health News, a nonprofit health newsroom that is an editorially independent part of the Kaiser Family Foundation.