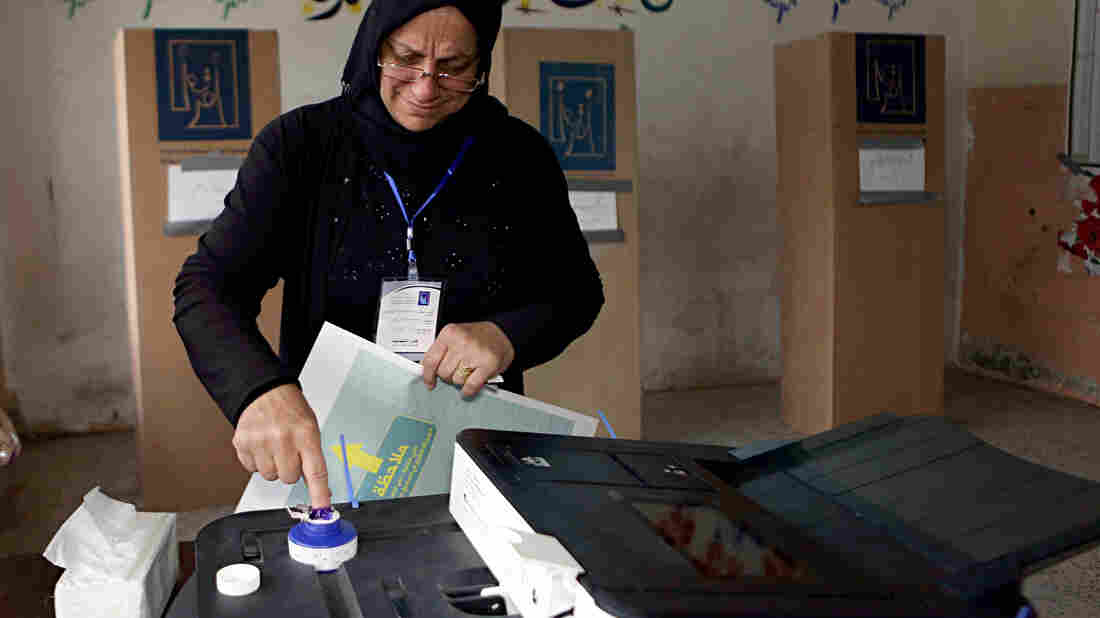 An Iraqi woman casts her vote in the country’s parliamentary elections in Baghdad on Saturday. Khalid Mohammed/AP hide caption 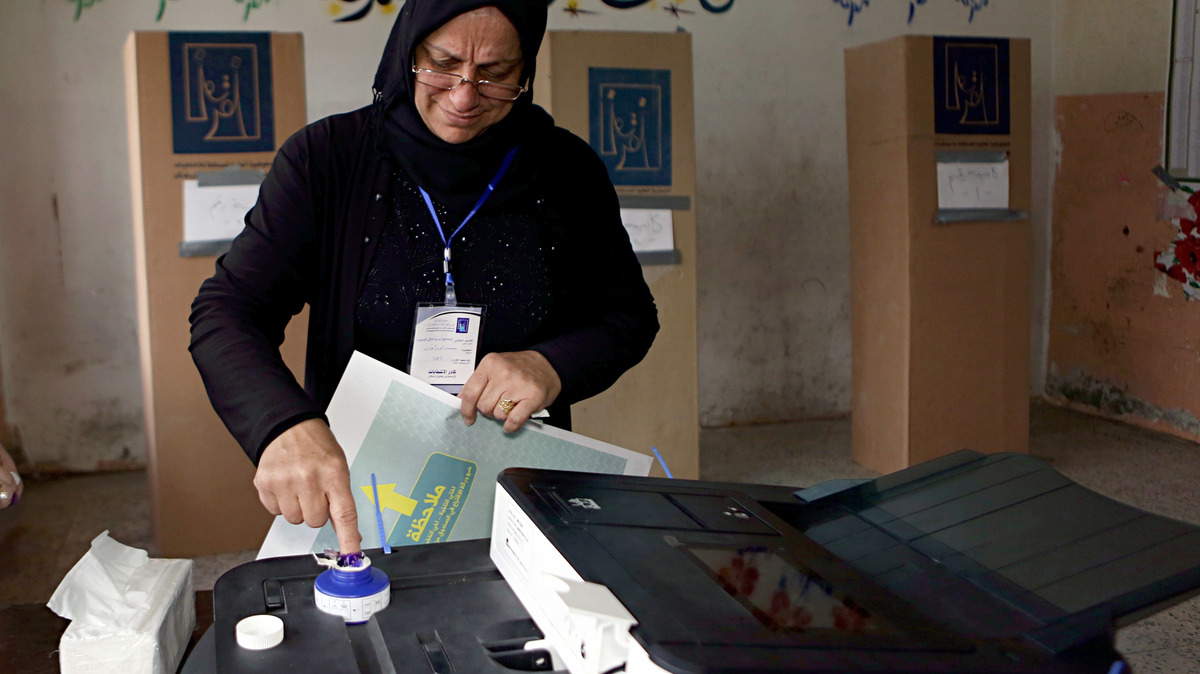 An Iraqi woman casts her vote in the country’s parliamentary elections in Baghdad on Saturday.

Polls have opened in Iraqi parliamentary elections which will help determine the country’s post-ISIS future.

Twenty-four million Iraqis are eligible to vote — about 3 million of them who turned 18 since the last election in 2014 and can vote for the first time.

By late morning, with no major security problems, Prime Minister Haider al-Abadi lifted a general vehicle ban imposed while voting was taking place. The ban on vehicles, meant to prevent car bombs, was left to the discretion of local security commanders.

Media were allowed to cover voting only at selected polling centers. At one primary school, which had been turned into a polling center, in the central Karrada neighborhood, journalists far outnumbered voters.

One voter, a retired transport ministry employee, said this election seemed to be more organized than those in the past.

“The terrorists are almost gone and you can be free to vote,” said Mohammad Fadel al-Zubaidi. He said he was voting for a different political list this time, one that promised change.

“We have bad people in government. If they stay we will have the same situation. We need to get rid of them to bring new faces, more educated and more democratic people,” he said.

Iraq consistently ranks as one of the most corrupt countries in the world. Despite its oil wealth, about 20 percent of Iraqis under 30 are unemployed.

Just after the polls opened, residents and some police were in the streets scavenging campaign posters set on large metal frames — taking away the steel to reuse and throwing away the posters.

Prime Minister Haider al-Abadi is running for re-election on a platform based on the country’s victory in defeating ISIS. He has pledged his next battle would be to fight corruption and create jobs. Abadi, though, faces more challengers in this election.

Since the last parliamentary elections four years ago, Iraq’s Popular Mobilization Forces, many of them Iranian-backed former militias, have become a major factor in Iraqi politics. One of their leaders, Hadi al-Amiri, is Abadi’s main rival. Former prime minister Nouri al-Maliki, from the same Shiite Dawa party as Abadi, is also running.