For many, hiking into the humbling expanse of the Grand Canyon is a once-in-a-lifetime adventure. But for a hearty few, it’s a commute. 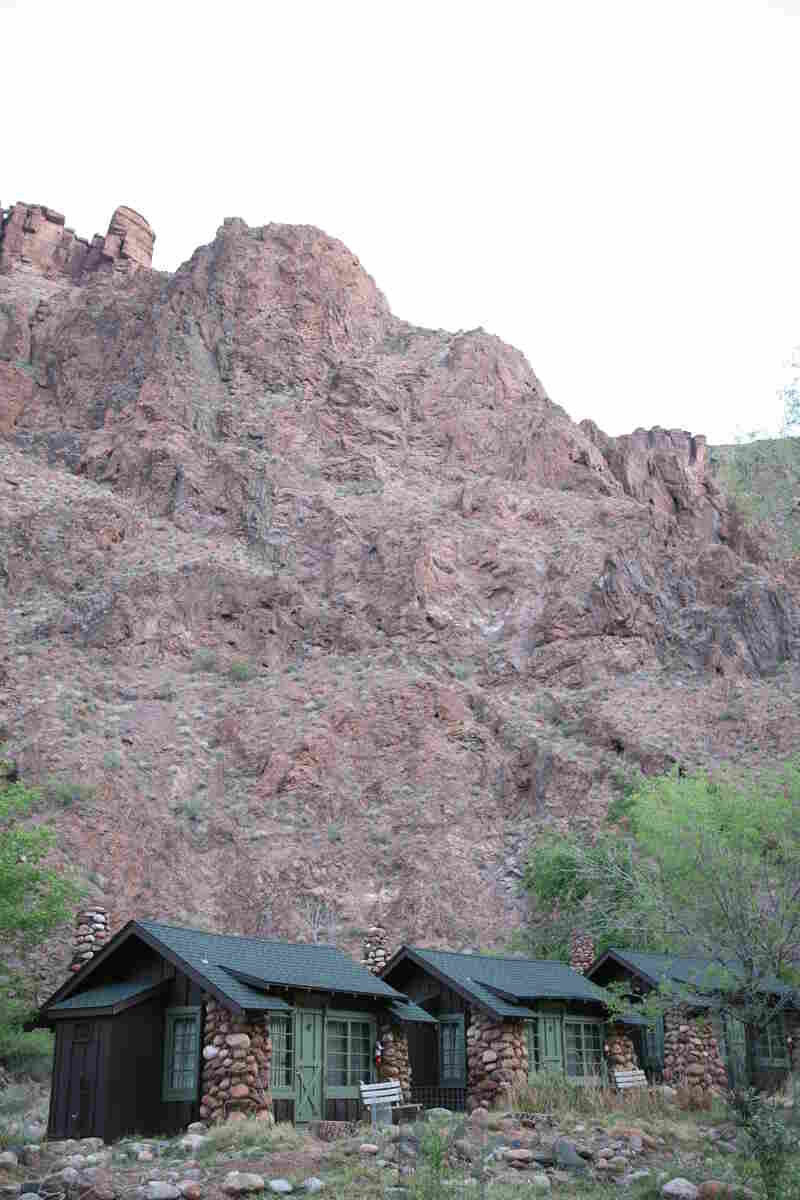 Designed by famed architect Mary Colter, Phantom Ranch opened in 1922. Over the years, it’s been staffed by countless “ranchers,” as they call themselves, who live and eat together, only spending a few days above the rim each month. Stina Sieg/KJZZ hide caption

At Phantom Ranch, the bunkhouse and restaurant on the canyon’s floor, employees have been helping people feel at home for nearly a century.

It doesn’t matter what day it is. Or even what year. Every evening down here, it’s the same siren song: The dinner bell.

“Good evening, people of stew dinner!” bellowed P.J. O’Malley, a 30-something bearded guy, with a ponytail and a knack for engaging the eager crowd.

Before everyone filed into the small stone canteen, he gave a speech familiar to anyone who’s eaten here. Make sure to pass that salad and stew to your neighbors, he announced, and keep those forks for the chocolate cake.

Since Phantom opened in 1922, many people have rotated through this role, serving the meals one night, cooking them another. The dozen or so employees working together below the rim at any given time also make beds, clean toilets and sell lemonade.

“Only a certain type of person could probably work down here,” said 27-year-old K.T. Dockery, her long hair tucked under a colorful bandanna. “Not everyone could handle this, I guess.”

You’ve got be patient, she said, open to whatever’s thrown at you. That could mean dehydrated hikers or a credit card machine on the fritz. And that’s not to mention sharing a bunkhouse with your coworkers for weeks on end.

Luckily, “everybody’s super cool and gets along,” Dockery says. “I mean, you have to get along down here because you live together and work together.”

Her year-and-a-half at Phantom has been full of surprises, including meeting her new husband, who lives on the South Rim. Dockery’s also found a confidence she had no idea existed.

“Because when you’re evening waiter, you have to speak and do, like, a speech and stuff like that,” she said. “I’m a pretty shy person, I guess, so that was pretty intimidating when I first started working here. But now I’m pretty comfortable with it and can corral people pretty well, I think.”

Phantom is at least seven miles of intense hiking from the outside world. It’s not totally disconnected; there is a landline phone and sometimes-spotty Internet. But there’s also a deep calmness, away from traffic and big-city distractions. LeeAnn Dodde, 33, has used this space to throw herself into ceramics. She’s got a pottery wheel down here, and mules pack out her fragile, unfired cups and bowls. 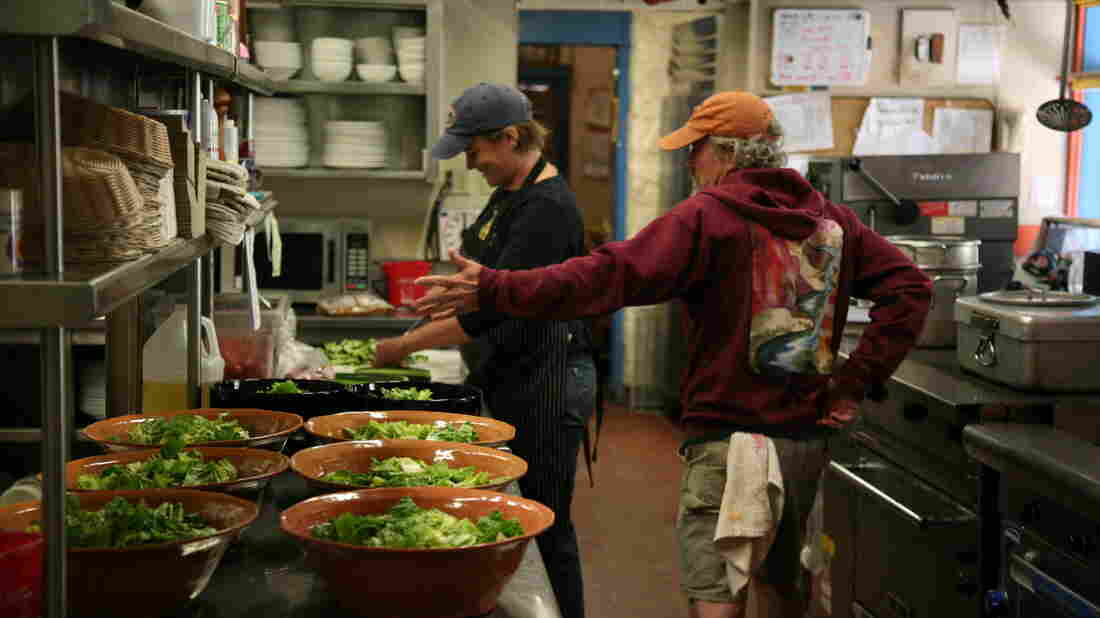 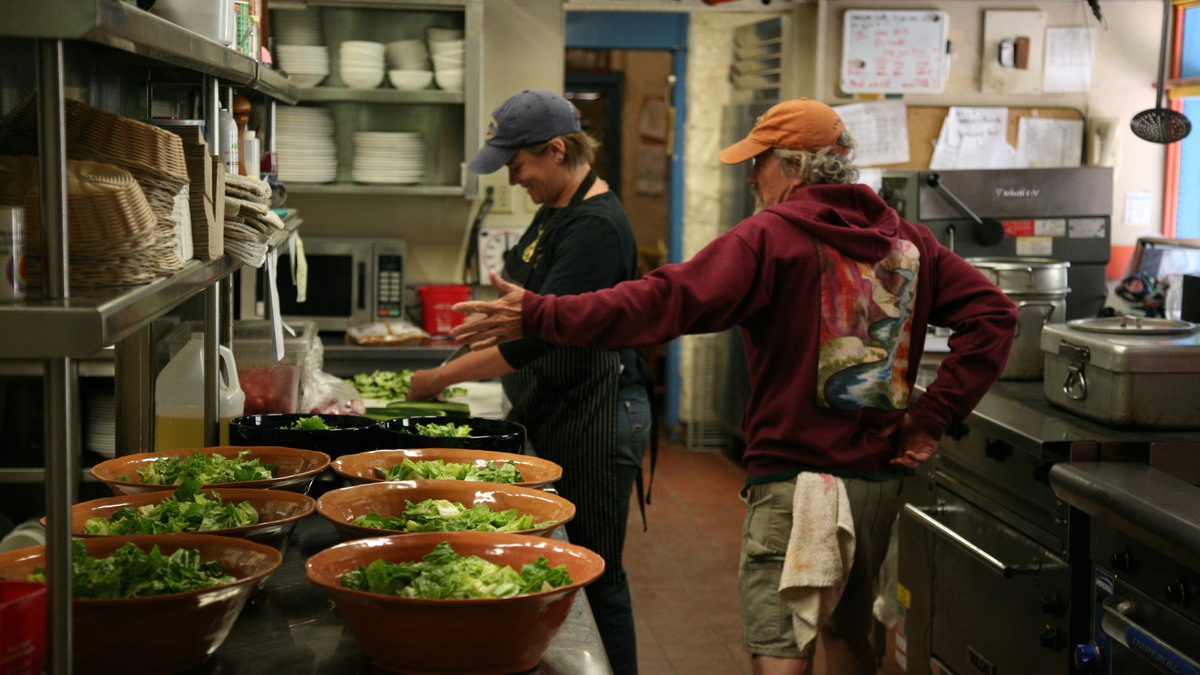 LeeAnn Dodde, left, and Brian Couch work at Phantom Ranch. The kitchen is constantly humming, with breakfast cooks coming in during the wee morning hours, and evening cooks grilling up steaks and ladling seemingly unending pots of stew.

“You know, I lose maybe 10 to 20 percent of the pieces sometimes,” she said, taking a break from evening dinner prep. “Sometimes I get them all out. Yeah, I just bubble wrap them and take them to my home in Prescott and glaze and fire them on the weekend.”

Just as Phantom has given Dodde the space and time to explore a craft she’s wanted to do for years, it’s also given her a new community of current and former employees.

“Developing this network of people has been more than I would have dreamed of,” she said.

There’s something about sharing this simple life within the vast canyon that makes people feel like family.

He’s been one for seven years, since he was 50. He is Phantom’s self-described “old guy.”

“I guess, instead of getting a sports car and a young girlfriend, I moved to the Grand Canyon,” he said, with a bit of a laugh. 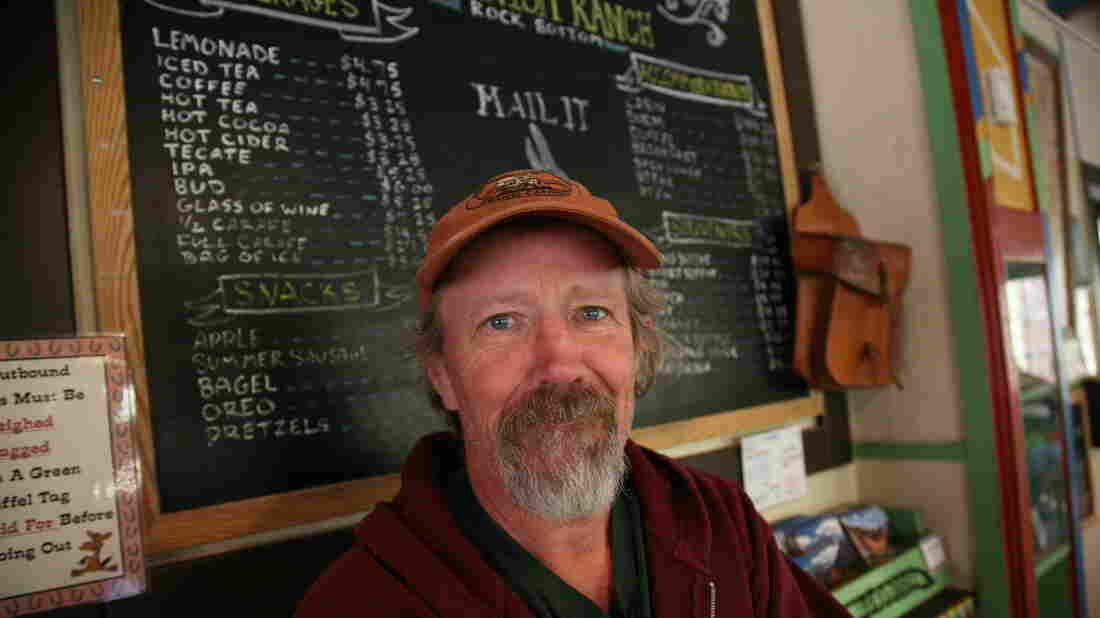 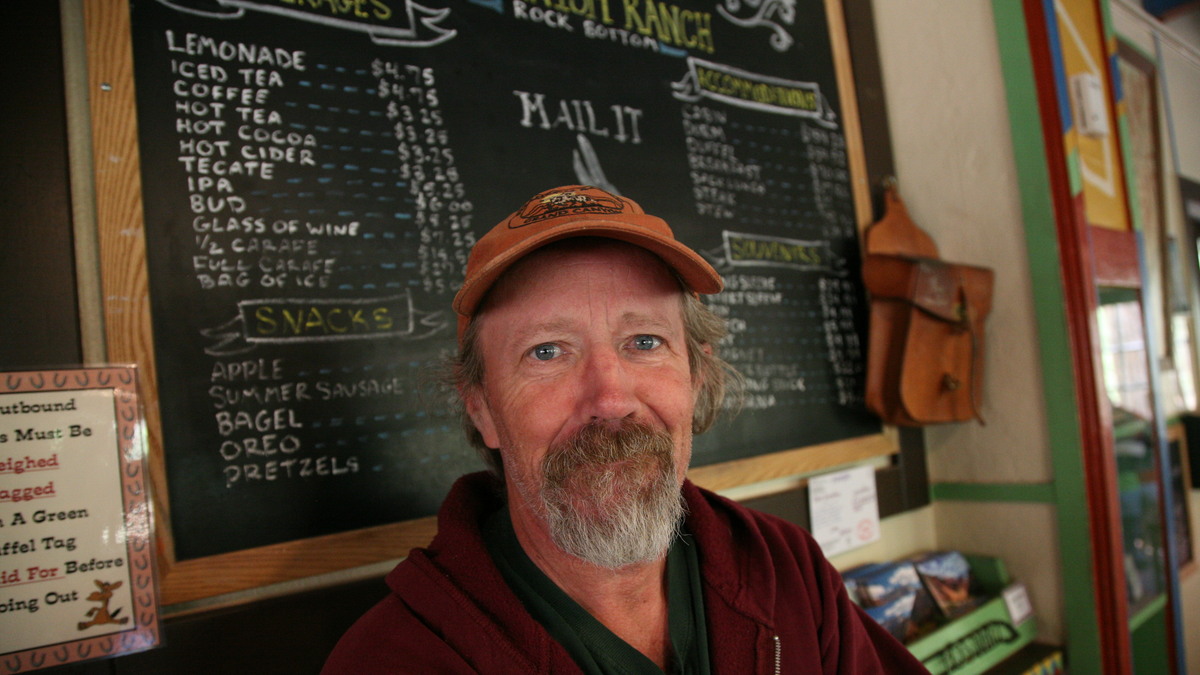 It’s a far cry from his last life, working in aluminum factories. After years of spending his vacations in back country around here, Couch said he begged for this job.

Wearing a faded Phantom baseball cap over his greying hair, he smiled as he gestured to his manager, sitting a few feet away.

Yet Phantom Ranch itself never seems to change. Just like the ancient rock walls that surround it, it feels timeless.