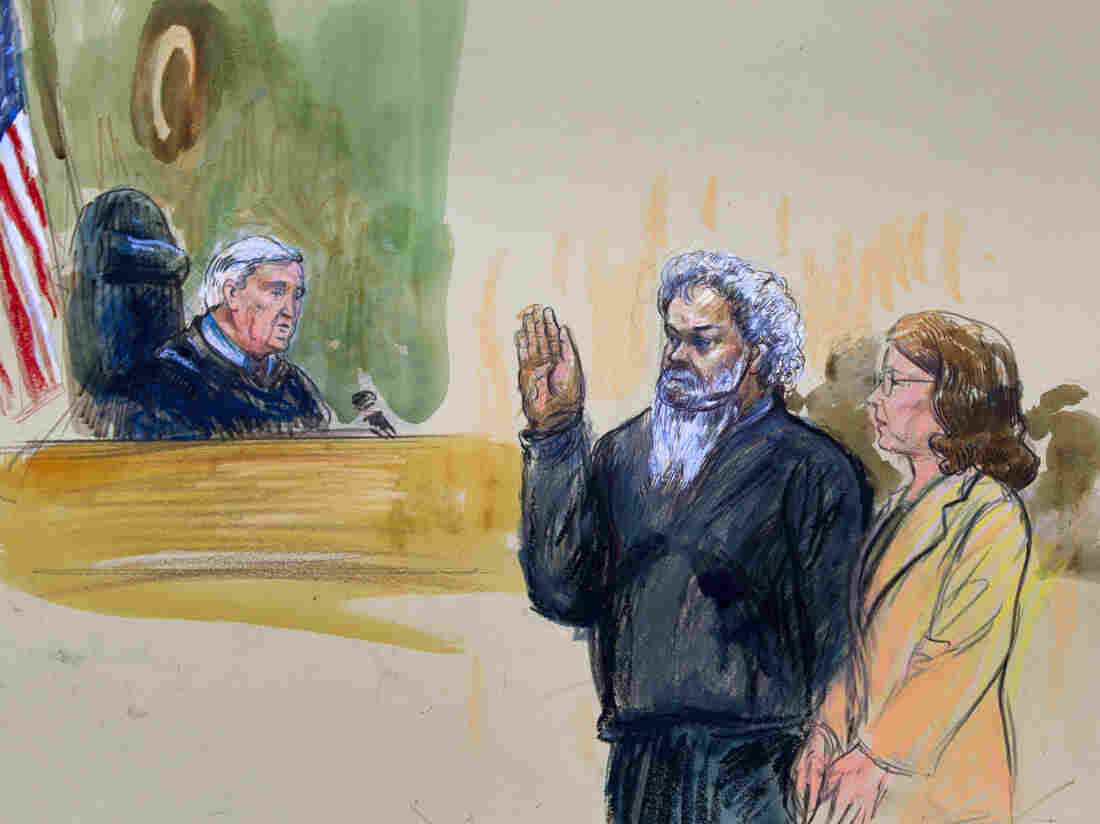 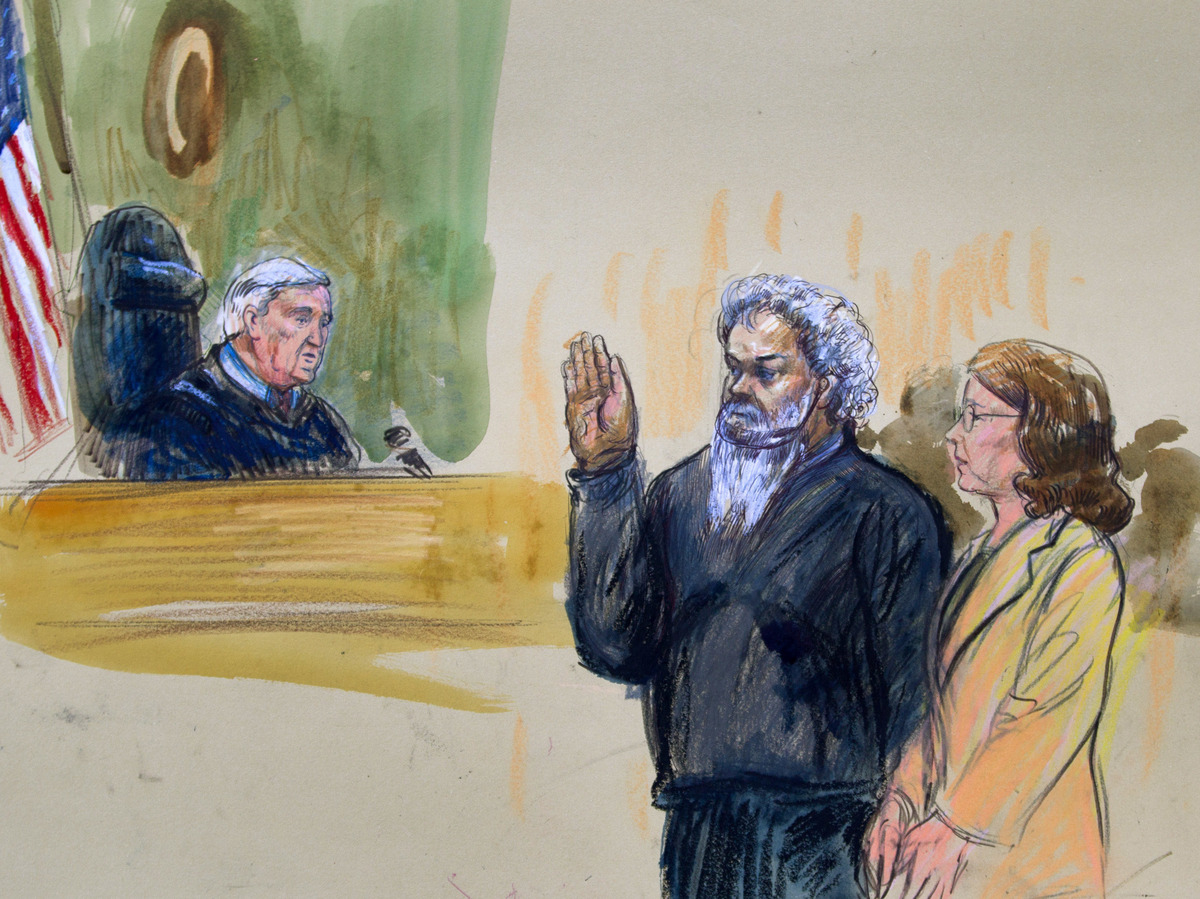 Ahmed Abu Khatallah, seen here in a 2014 artist’s rendering, faces his judge during a hearing at the federal District Court in Washington, D.C.

The first suspect charged in the 2012 Benghazi attacks has been sentenced to 22-year prison term for his role in the deaths of four Americans, including Ambassador Christopher Stevens. Libyan militant Ahmed Abu Khatallah received his sentence for conspiracy and providing support for terrorism Wednesday in Washington, D.C.

District Judge Christopher Cooper’s decision caps a winding legal saga for Khatallah, who was captured in Libya by American forces in 2014.

Prosecutors accused the auto mechanic of being an orchestrator of the attack by providing information to the actual attackers and destroying U.S. government property.

Last fall he stood trial for seven weeks as a federal jury considered the 18 counts leveled against him — and ultimately acquitted him of most of them, including murder.

Yet because two of Khatallah’s four convictions pertained to terrorism, Cooper had the right to significantly increase his sentence beyond its normal range — and it was a right that Cooper declared that he would retain. Khatallah faced the possibility of life in prison.

Still, when it came time for sentencing Wednesday, Cooper elected to go lighter.

“Even if you did not pour the gasoline or light the match, the evidence showed you were aware of the attack, and once the gates were breached, the likelihood someone would die was extreme high. This was not guilt by association,” Cooper told Khatallah, according to The Washington Post. “This case stands as an exemplar for the principle that a defendant accused of international terrorism can get a fair trial in the U.S. criminal justice system.”

Khatallah was the first suspect charged over the assault on a diplomatic compound in Benghazi on Sept. 11, 2012, when militants buffeted the complex with grenades, gunfire and mortar attacks.

The attacks proved to be a deeply divisive political flashpoint in the U.S. in the years that followed, with a roughly two-year probe by GOP lawmakers in the House ultimately blaming the Obama administration for negligence. A report released by Democrats, meanwhile, said security at the compound was inadequate but dismissed the Republican investigation as a “political crusade.”

Criminal blame has turned out to be much tougher to mete out, as prosecutors have found — though Secretary of State Mike Pompeo, then the CIA director, told the intelligence agency in November 2017 that Khatallah’s conviction represented “a small measure of justice.”

But “no term in prison will bring our people back,” he added.

Another suspect, Mustafa al-Imam, is also facing charges in connection to the Benghazi attack.