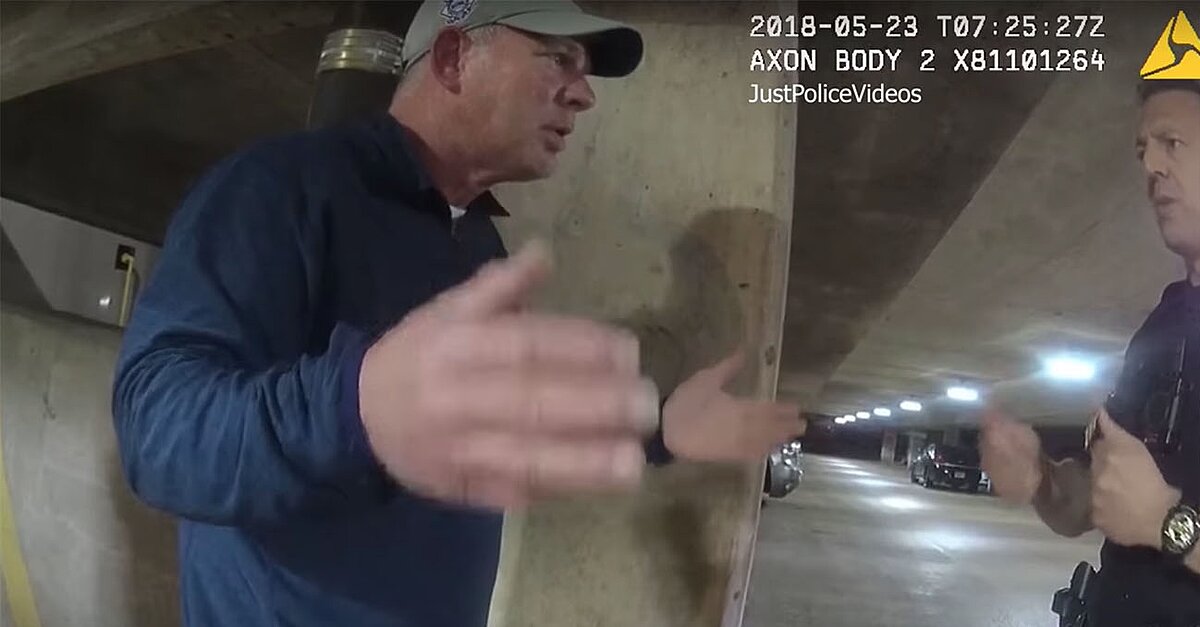 In the police body camera footage of his May arrest, Lenny Dykstra tells officers, “I’m a convicted felon, I can’t own a firearm.”

Police body camera footage of Lenny Dykstra’s recent arrest for making terroristic threats, possession of cocaine, possession of MDMA—also known as ecstasy—and possession of marijuana, shows Dykstra and the Uber driver he allegedly threatened explaining their sides of the story before the former All-Star was placed in handcuffs.

Dykstra was arrested last month in New Jersey after allegedly putting a weapon to the head of the driver because he would not change the destination of their trip. In the video, the driver, who is named Brian Lutty according to Rob Tornoe of The Philadelphia Inquirer, explains that after Dykstra put a bag to his head and threatened to shoot him, he pushed the former centerfielder back into his seat and continued to push him and make sure the door was locked as he drove to the Linden Township police station.

When police talked with Dykstra, he said he was trying to go to Staten Island but that wasn’t the address in the app, and when he and Lutty got into a verbal exchange over putting the new address in to change the destination, he asked if Lutty could return him to his house where he was picked up from. Dykstra added that he was afraid and called the police himself, saying he was being kidnapped because of Lutty’s actions and his erratic driving on the way to the police station.

Dykstra also told police “I’m a convicted felon, I can’t own a firearm,” when they asked him about whether or not he had a weapon in his bag that Lutty claimed the former MLBer put to his head.

In a press conference last week, Dykstra elaborated on how he was the true victim in this situation, and according to The Inquirer, his lawyers filed a false imprisonment charge against Lutty in Linden Municipal Court. You can watch the press conference below.

According to the New York Post, Dykstra, 55, and Lutty, 47, have been suspended from the Uber app and a spokesperson told The Post Uber is “reviewing the matter.”

Dykstra played 12 years in MLB from 1985-1996, splitting time between the Mets and Phillies. He earned three All-Star appearances during his eight years in Philadelphia and helped the Mets win the World Series in 1986.