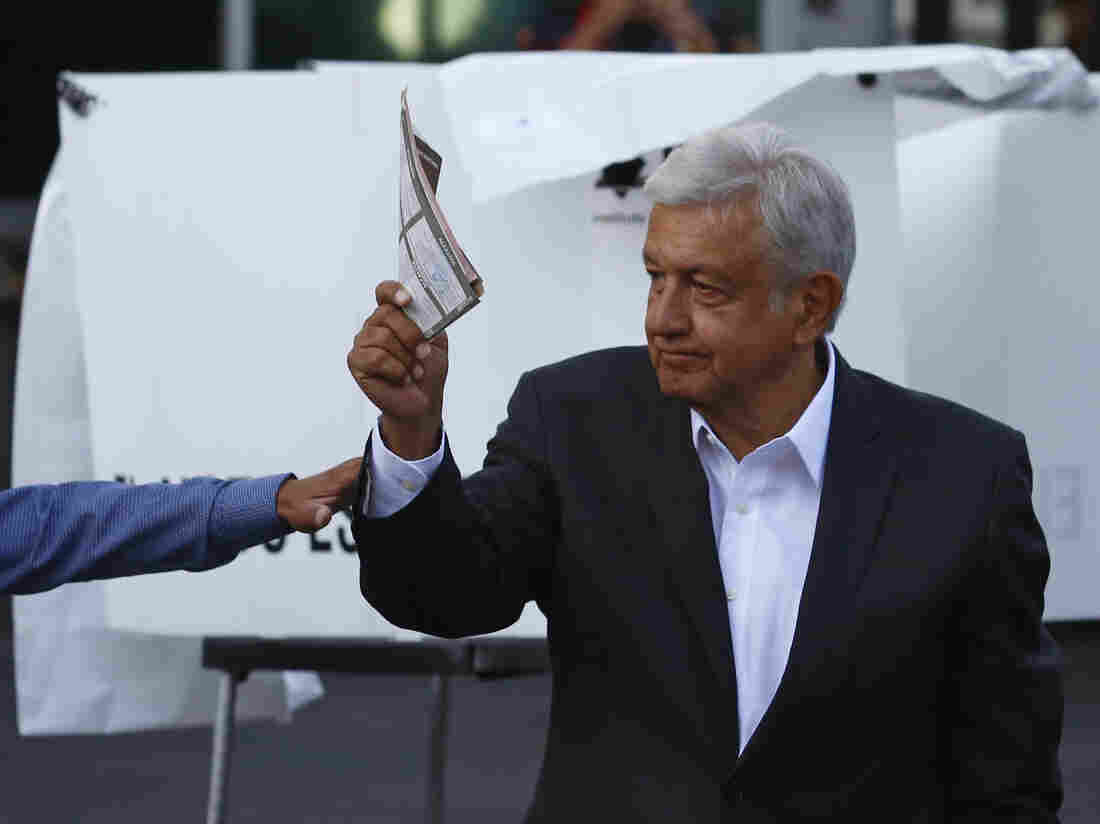 Presidential candidate Andrés Manuel López Obrador, of the MORENA party, shows his ballot to the press before casting it during general elections in Mexico City on Sunday. Moises Castillo/AP hide caption 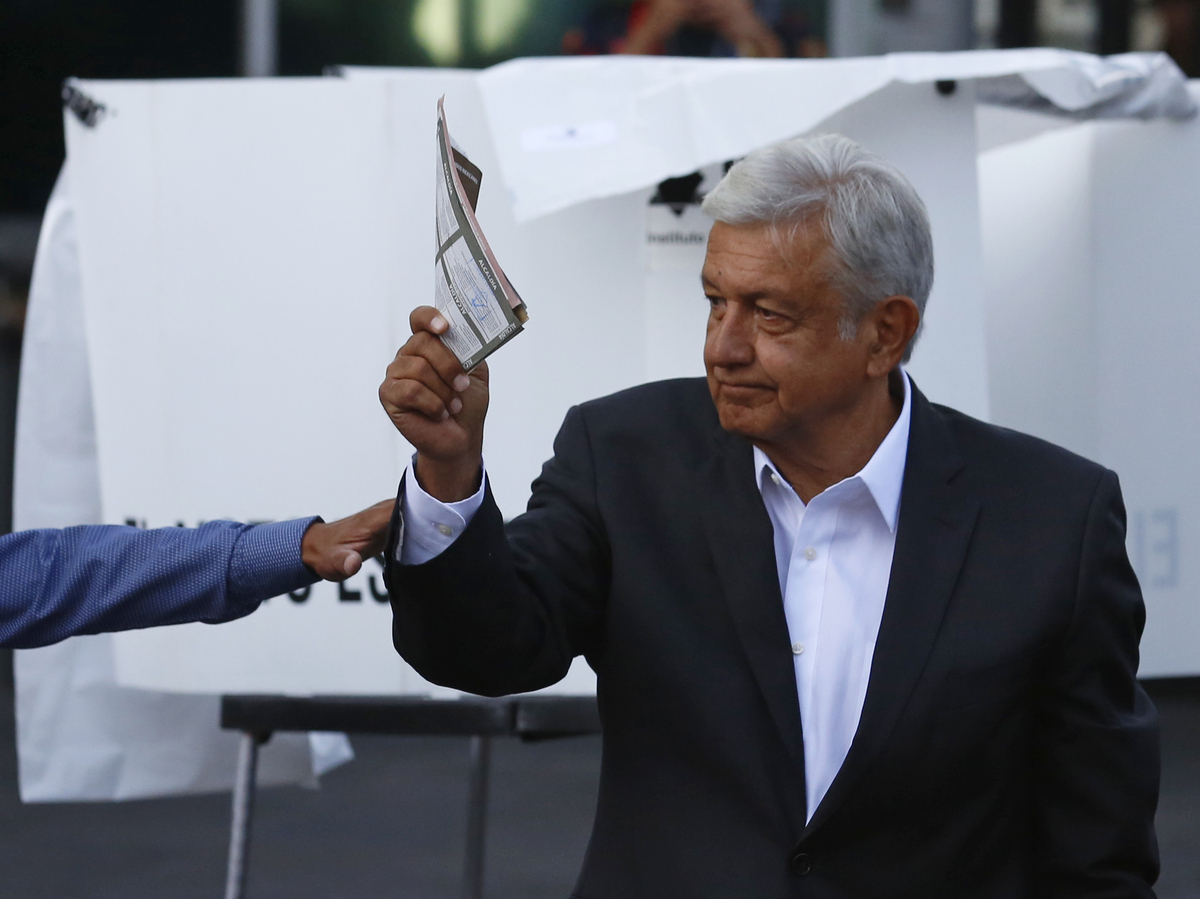 Presidential candidate Andrés Manuel López Obrador, of the MORENA party, shows his ballot to the press before casting it during general elections in Mexico City on Sunday.

Leftist Mexican presidential candidate Andrés Manuel López Obrador — who campaigned partly on a platform of standing up to President Trump — appeared the victor in Sunday’s polling following a concessions by his two main rivals.

With less than a third of the votes counted, López Obrador was polling about 48 percent to 27 percent for conservative candidate Ricardo Anaya and 16 percent for Jose Antonio Meade of the ruling Institutional Revolutionary (PRI) party.

Pre-election polls had shown López Obrador, a 64-year-old former mayor of Mexico City, as a heavy favorite and exit polls indicated the trend in the early count was almost certain to hold.

López Obrador’s calls for transforming Mexico by ousting the “mafia of power” and his advocacy for the poor held strong appeal. In addition, his nationalistic appeals, including a promise to defend Mexicans against U.S. bullying also helped win votes.

The candidate, who goes by the nickname ALMO, even published a book, Oye, Trump (“Listen Up, Trump”) aimed squarely at the U.S. president. Even so, as Reuters notes, “López Obrador’s nationalism, stubborn nature and put-downs of rivals have drawn comparisons” to Trump.

Trump congratulated the apparent victor in a tweet Sunday night, saying he looked forward to working with him.

Congratulations to Andres Manuel Lopez Obrador on becoming the next President of Mexico. I look very much forward to working with him. There is much to be done that will benefit both the United States and Mexico!

As NPR’s Carrie Kahn notes, López Obrador “says he’s going to cut the perks and corruption from the top and give that money and savings to the bottom — raising salaries, pensions for the elderly, scholarships for the young.”

The New York Times writes that the outcome of Sunday’s election “represents a clear rejection of the status quo in the nation, which for the last quarter century has been defined by a centrist vision and an embrace of globalization that many Mexicans feel has not served them.”

That banner for that vision has been carried by Mexico’s long dominant PRI party and its outgoing president, Enrique Peña Nieto.

Exit polls forecast gubernatorial wins for allies of Obrador’s Morena party in four of the eight state races being contested, as well as the capital, Mexico City, according to The Associated Press.

Mexico’s central state of Guanajuato was expected to go to the conservative National Action Party, the AP says.