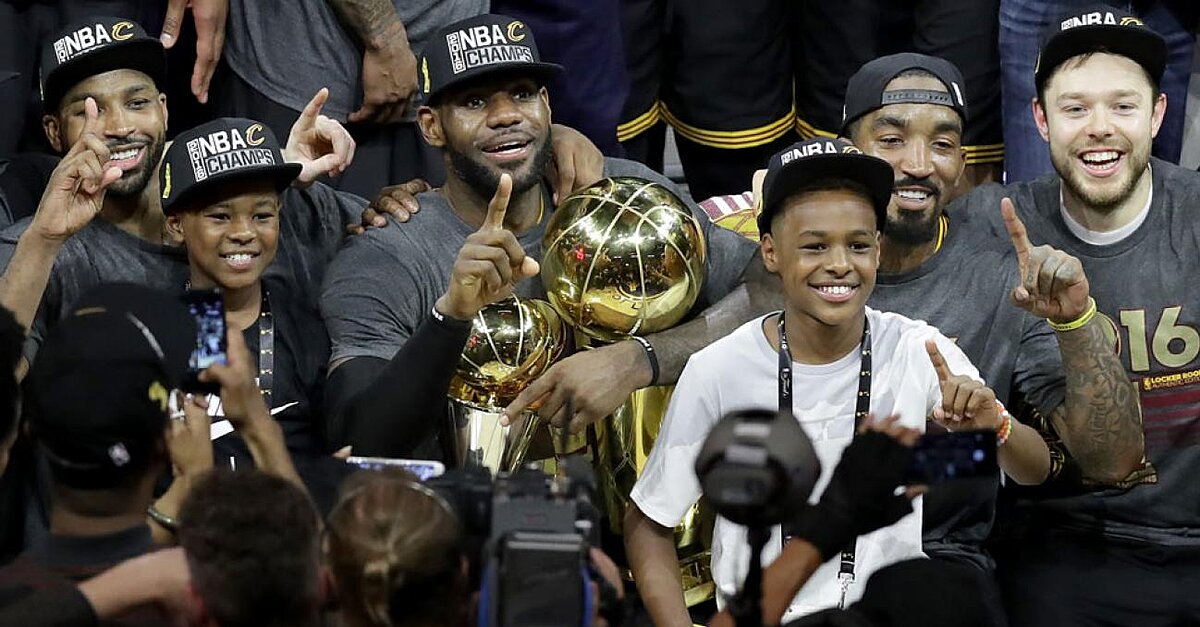 James has expressed these desires before.

LeBron James has accomplished almost everything possible in the NBA.

From NBA championships to MVPs to all-time records, James has plenty to be proud about.

But, as he ages, James has become more sentimental, appreciating the little things and being more open about his situation and his feelings.

In a video with UNINTERRUPTED, James expressed that his single greatest achievement would be to play with or against his son, LeBron James Jr., in the NBA.

James Jr. is currently 13-years old and is among the top eighth graders in the country.

In the Finals, LeBron was asked about his son’s basketball career.

LeBron James Jr. currently plays with AAU club North Coast Blue Chips. But his father will have to wait at least five more years before we could potentally see a James family union on the NBA court.