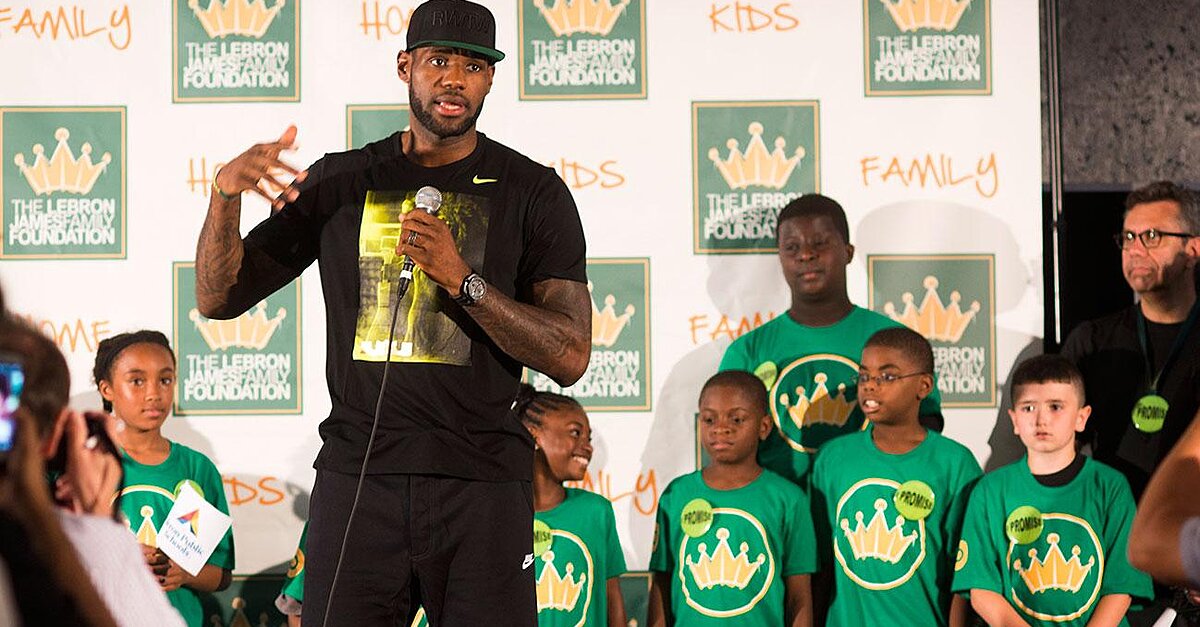 James continues to show his unbelievable commitment to the community.

LeBron James is a national treasure.

The NBA star continues to show why he’s one of the most charitable athletes in the world, announcing that his public elementary school, the I Promise School, will open on Monday.

The school was a joint venture between his LeBron James Family Foundation and the Akron, Ohio Public Schools and serves at-risk children in James’s hometown.

The James foundation has been working in the community for nearly a decade, focusing on educating children with difficult backgrounds.

James expects the opening of the school, which will cater to third and fourth graders, to be one of the greatest moments of his life.

The I Promise School employs over 40 staff members who serve to accomodate for the school’s longer days and school year. Children qualify for the program based on socioeconomic and performance factors and have been promised full tuition to the University of Akron by James upon completion.

James will speak on the school, and his decision to sign with the Los Angeles Lakers, on Monday.