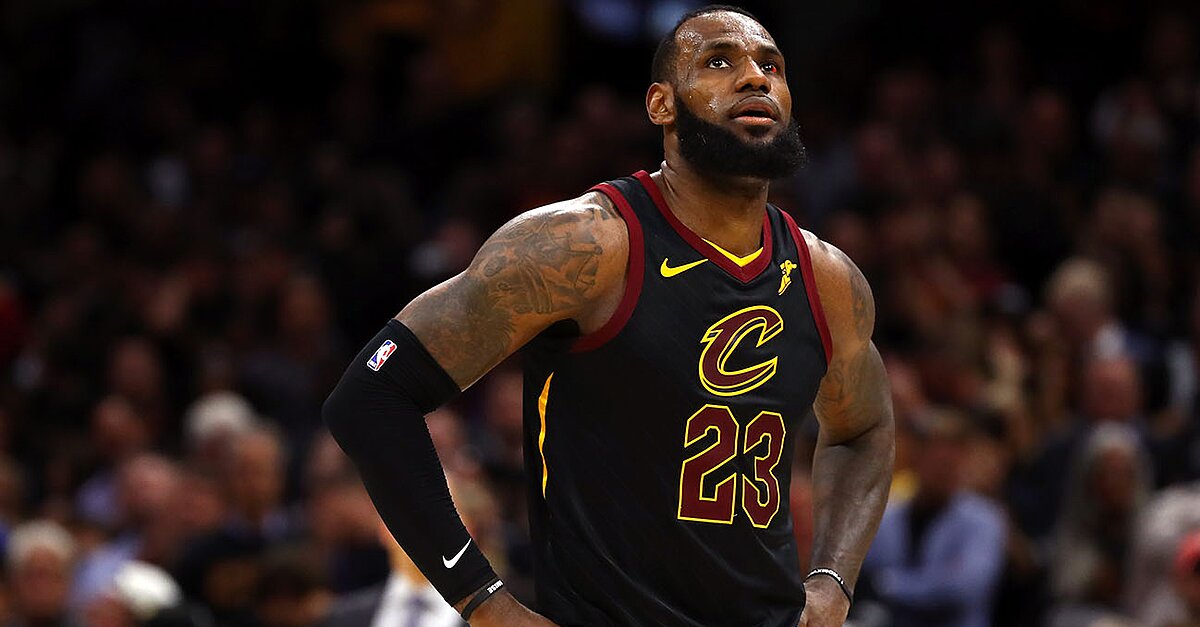 LeBron James was candid describing the responsibility he has within Cleveland’s offense thanks to their regular-season trades.

The Cleveland Cavaliers are on the brink of losing the NBA Finals for the second straight year to the Golden State Warriors.

After a 110-102 loss in Game 3 Wednesday, the Cavaliers are in position to be the first team to be swept in the Finals since they fell to the Spurs in four games in 2007.

It has been a hectic year in Cleveland, and after tons of shakeup to the roster during last offseason, the Cavaliers flipped things around even more during the regular season with a series of moves at the trade deadline.

LeBron James explained how he has had to shoulder a bigger burden on the offensive end because of those trades and the fact that they took some of the other potential “playmakers” off the roster.

Among the players that Cleveland traded at the deadline were Isaiah Thomas and Dwyane Wade, who both played fewer than 50 games with the Cavaliers.

Cleveland will look to keep its season alive Friday in Game 4 at home as the Warriors look to become the first team since the Lakers in 2000-2002 to win at least three championship in four seasons.