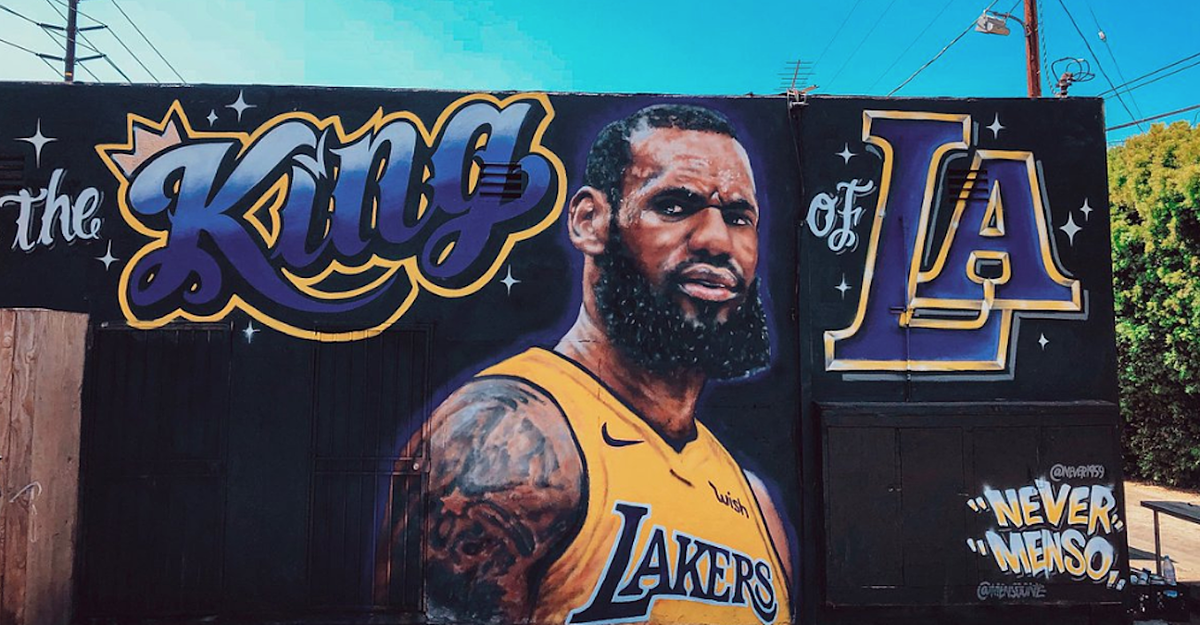 It appears not everyone is a fan of LeBron James in Los Angeles.

It appears that not everyone is a fan of LeBron James in Los Angeles.

James’s decision to sign with the Lakers prompted fans to create a “King of LA” mural in the city. However, some supporters were quick to take offense to the sentiment, even offering money to people who deface the mural.

One user, Lakers Fanbase, offered fans $300 to “destroy the mural” and share a video. And it didn’t take long for someone to complete the task.

The mural was restored, however. But it has since been touched up to remove the word “of.”

Many Lakers fans remain dedicated to Kobe Bryant and refuse to accept James as the new face of L.A. However, many others acknowledge James’s greatness in the team’s search for a 17th championship.