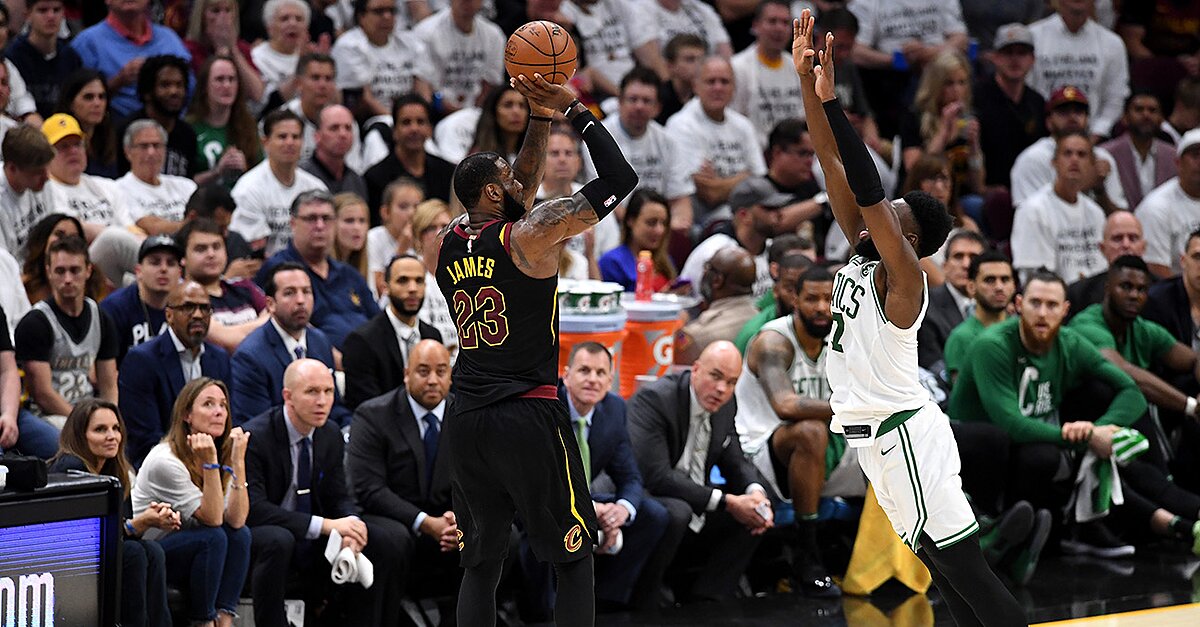 If you’re still interested in betting against LeBron James with his back against the wall, you’ll get another chance in less than 48 hours. Through talk of fatigue, plus Kevin Love’s discouraging head injury and zero margin for error, the Cavs put together a convincing 109–99 win over the Celtics at home, forcing a winner-take-all bout in Boston on Sunday. Not typically one to be outdone, it was James from start to finish in Game 6, and it’s fair to assume there will be more to come.

The toll on LeBron has been widely discussed and will remain a worthwhile topic of conversation until the day he retires (it kinda has to happen eventually), but he’s grown equally accustomed to pressing pause. No matter how many times James does this, how many playoff games and series he swings on his own, the wonderment ceases to fade. With 46 points, 11 rebounds, nine assists, three steals and leading the Cavs at +13 in James’s 46 minutes of play, Game 6 was a stroke of genius. The hyperbole has compounded over time.

James played the first 35 minutes of the game before heading to the bench for his lone bit of rest, with 57.3 seconds left in the third (he already had 32, 7 and 7). It was a 10-point game going into the fourth, and as the Celtics fought to gain traction, the Cavs kept them at arm’s length. It never got closer than three possessions, as James fought through a minor leg injury and offered an answer for everything. He is too big for any of the Celtics’ guards, too quick for any of their bigs and too experienced for Jaylen Brown or Jayson Tatum to muster much opposition. A pair of off-balance, step back three-pointers going to his left—a move that’s not-so-quietly become his signature, iced the game.

Somewhat less important, but no less pivotal given the way its postseason has gone, Cleveland turned in one of its better defensive efforts of late. A more cohesive team effort helped stifle some of Boston’s ball-moving juju, contesting shots and looking appropriately energized. The Cavs didn’t miss Love much, after he banged heads with Tatum in the first quarter and was ruled out for the night at halftime. The Celtics actually shot 50% from the floor, a chunk of that coming too late in the wide-open fourth quarter (word to the wise: wide open always seems to favor LeBron).

Now a career 13–9 in elimination games, James leads the caravan back to Boston. The home team has won every game of this series, for what it’s worth, and no game has been closer than Cleveland’s 9-point win in Game 4. Incidentally, there have been no fourth-quarter lead changes in this series, but it sure feels like things may finally come to a head.

For the Celtics to answer, re-establishing offensive rhythm will be pivotal. Cleveland effectively took away Al Horford and eliminated much of Boston’s inside-out dimension on Friday, allowing Terry Rozier (28 points) and Brown (27) some comfortable looks but dominating the glass in a game where Tristan Thompson and Aron Baynes featured minimally for each side. The Cavs have struggled to create shots outside of James, but when he’s playing this well, it splits the difference. George Hill looked spry racking up 20 points, and Jeff Green showed up in Love’s absence in what was a strong game for Cleveland’s bench.

Regardless of outcome, Sunday night will stand as another significant chapter in the history of LeBron James, one which has become simultaneous with that of the sport at large. He has not missed the Finals since 2010 and is 5–2 in Game 7s, his last loss coming in 2008 against the Celtics, coincidentally. And as another free agency decision looms and speculation swirls, all that matters for now is the 48 minutes to follow. For drama’s sake, there’s no other way.