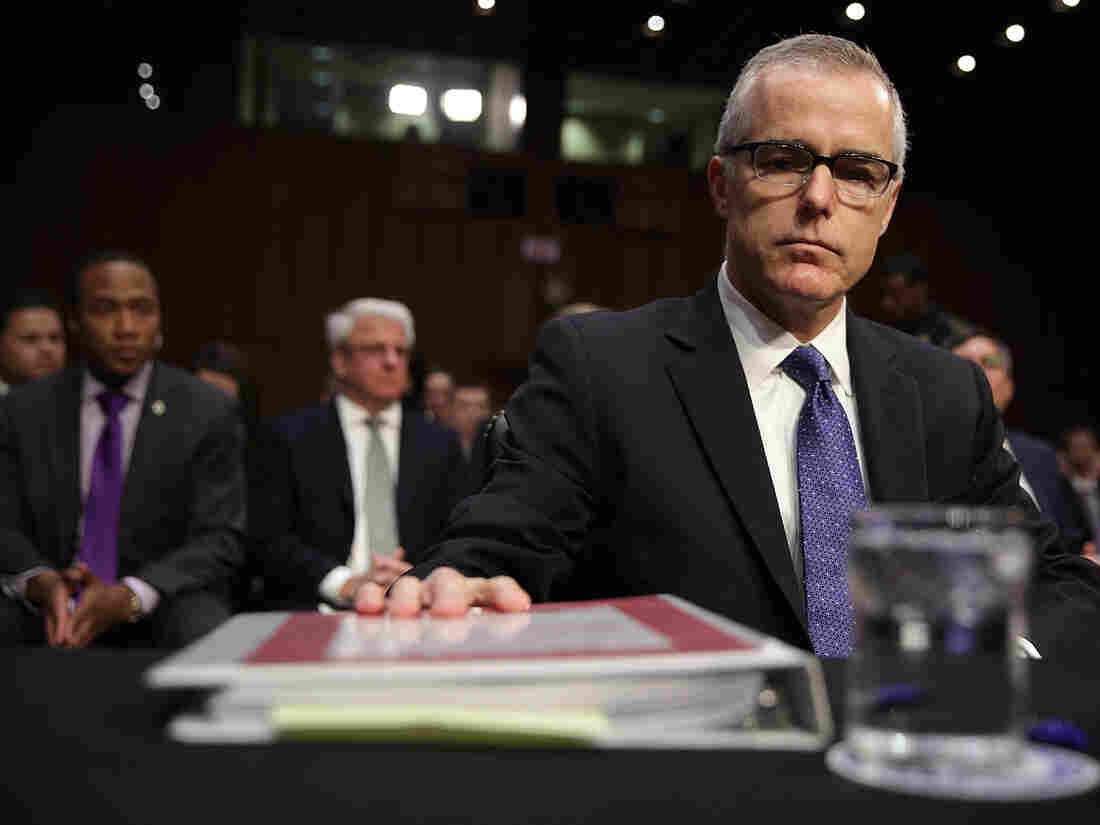 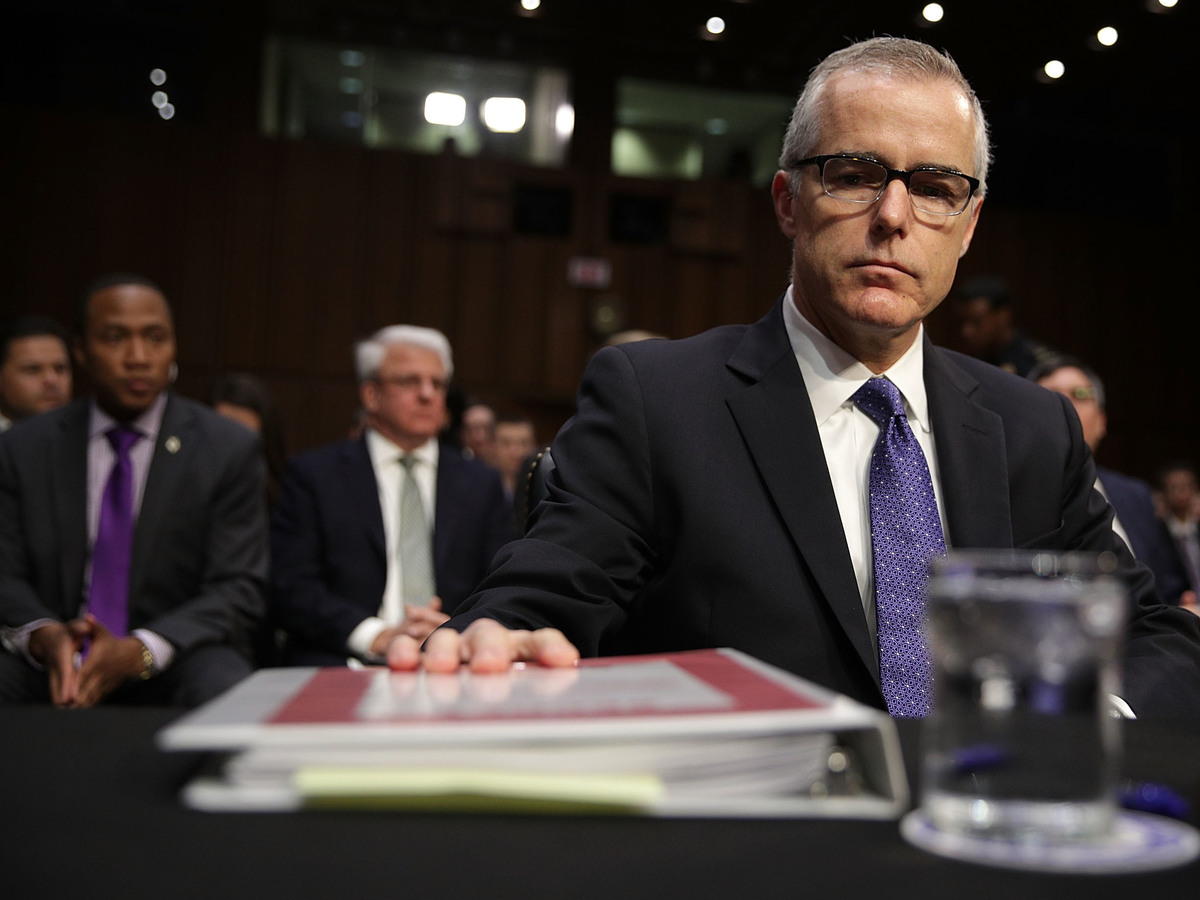 Former FBI Deputy Director Andrew McCabe is suing the government over being fired just short of his retirement date in March.

A lawyer for fired former FBI Deputy Director Andrew McCabe is suing the FBI, the Justice Department and its inspector general for refusing to turn over documents related to McCabe’s termination.

McCabe, who worked at the FBI in various roles for more than 20 years, was dismissed only hours before his planned retirement in March, for what the Justice Department called a “lack of candor.”

The firing stripped McCabe and his family of their health care benefits and delayed his ability to collect a federal pension, which he otherwise would have been able to draw on his 50th birthday.

McCabe’s lawyer, David Snyder, maintains in a new lawsuit that the dismissal violated federal law and departed from rules and policies. But he said authorities have refused to turn over materials related to McCabe’s disciplinary process.

“Those requests have been denied by some of the same high-ranking officials who were involved in, or responsible for, the investigation, adjudication, and/or dismissal of Mr. McCabe,” the legal complaint said.

McCabe’s legal team at the Boies Schiller firm has sued to demand the information under the Freedom of Information Act. They’re arguing the documents could help them build a larger case against the Justice Department for wrongful termination and due process violations.

“We don’t create secret law in this country,” Snyder told NPR in an interview.

McCabe has been the subject of political attacks by President Trump and Republican supporters since the 2016 presidential campaign. McCabe’s wife, Jill, ran for the state Legislature in Virginia as a Democrat and accepted campaign contributions via then-Gov. Terry McAuliffe, a longtime Clinton loyalist.

Jill McCabe lost her election and the FBI and Justice Department said she and Andrew observed the relevant ethics requirements, but Trump and allies called it an obvious conflict of interest.

Shortly after McCabe’s ouster at the FBI, Trump wrote on Twitter that it was a “great day for democracy.”

Word comes of McCabe’s legal case as the inspector general, Michael Horowitz, prepares to release a massive 500-odd page report on the FBI and Justice Department’s handling of the Hillary Clinton email investigation during the heart of the 2016 election.

McCabe, Comey and former DOJ leaders including then-Attorney General Loretta Lynch have been under scrutiny in connection with that report, which is expected to become public on Thursday.

McCabe has denied any intentional wrongdoing. Instead, he said, any lapses in his memory or mistakes in his interviews with the IG and others were mistakes derived from the chaos inside the FBI under siege from Trump and his allies.