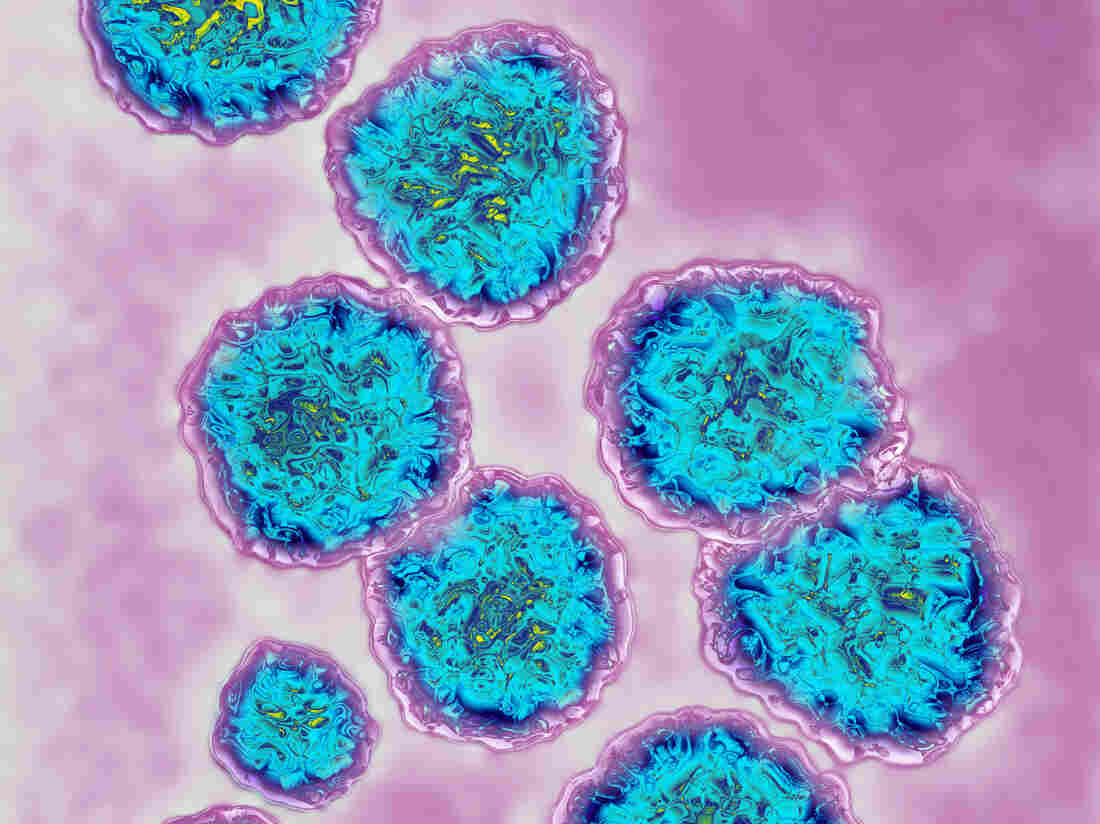 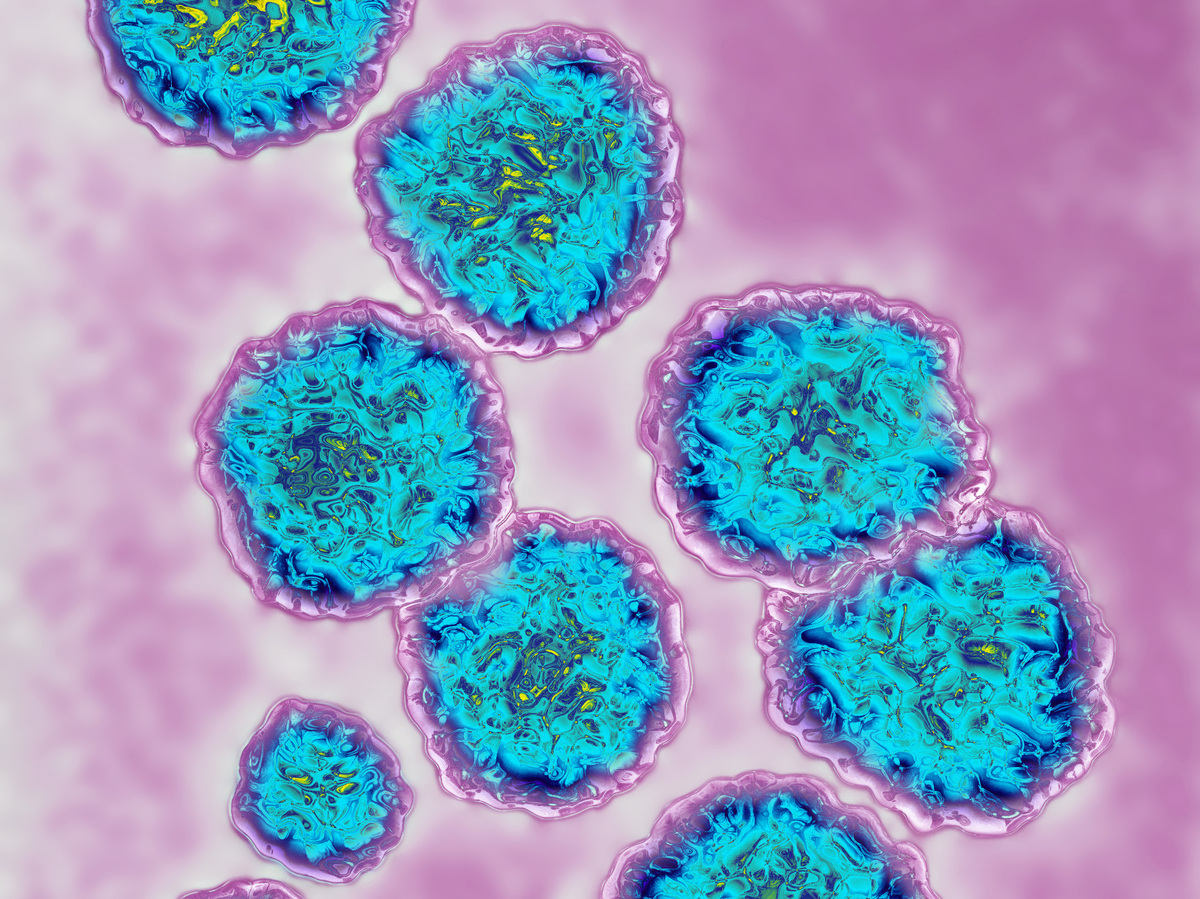 Hepatitis C virus is typically transmitted through blood, but an infected person who spits at someone can run afoul of the law in some jurisdictions.

An Ohio man who has the hepatitis C virus was sentenced to 18 months in prison on June 14 for spitting at Cleveland police and medics, according to a news report.

Matthew Wenzler, 27, was reportedly lying on a Cleveland street across from a downtown casino in January. When police and emergency medical technicians tried to put him on a stretcher to take him to a hospital, he spit saliva mixed with blood repeatedly at them, hitting an officer in the eye.

In Ohio, it’s a felony for people who know they have HIV, viral hepatitis or tuberculosis to intentionally expose another person to their blood, semen, urine, feces or other bodily substances such as saliva with the intent to harass or threaten the person.

Advocates for people living with diseases like hepatitis C and HIV say these laws add to the stigma that patients already face and studies suggest the laws are not effective at stopping the spread of disease.

“This person is now facing a year and a half of incarceration for something that didn’t harm anyone and didn’t pose a risk of harm to anyone,” says Kate Boulton, a staff attorney at the Center for HIV Law and Policy.

Roughly two-thirds of states, according to the Center for HIV Law and Policy, have laws that make it a crime to knowingly expose others to HIV, the virus that causes AIDS. Many of these laws were passed in the 1980s and 1990s when fear and stigma about HIV were high and contracting the disease was considered a death sentence.

In recent years, about a dozen states have added hepatitis C to the list of medical conditions for which people can face criminal prosecution if they knowingly expose others by engaging in certain activities like sex without disclosure, needle-sharing or organ donation.

Public health officials say these provisions, which are sometimes tacked on to existing HIV laws, are likely to be ineffective at stemming transmission of the disease. They may even exacerbate the problem.

“If you have to let people know that you are infected with HIV or hepatitis C before you have sex with them, why would anyone in their right mind get themselves tested and begin treatment?” says Dr. Anne Spaulding, an epidemiologist and associate professor at Emory University’s public health school. She has worked as a medical director in correction systems and published research on hepatitis C among prisoners.

Yet, among some lawmakers, there is still interest in criminalizing actions they view as spreading the disease. The increasing awareness of the opioid epidemic, which is linked to the spread of hepatitis C through the use of contaminated needles, may play a role, some experts say.

“We’re seeing this massive surge in opioid addiction,” says Boulton. “Whereas hepatitis maybe wasn’t on the radar in the past, now it is.”

An estimated 3.5 million people have hepatitis C, a viral infection that causes inflammation of the liver that can lead to scarring, liver cancer and death. It is typically passed from person to person through blood. Today that happens often through sharing needles to inject drugs, and, more rarely, through sex. But many older cases were caused by blood transfusions before testing for the virus existed.

The virus isn’t transmitted through urine, feces, semen or saliva, Spaulding says, noting that although there have been some cases of the disease being spread through blood hitting the eye, it is very rare and requires a great deal of blood.

In 2016, the most recent figures available, nearly 3,000 cases were reported to the federal Centers for Disease Control and Prevention, a 22 percent increase from the previous year. But many cases go unreported, in part because people don’t realize they carry the virus. The CDC estimates that the full number of new cases in 2016 was 41,200.

“Hepatitis C is still a very dangerous disease to contract,” says South Dakota Republican State Sen. Stace Nelson, who sponsored a bill this year that would have made it a felony for people who have been diagnosed with hepatitis C to expose someone else to the disease. “These circumstances where someone knows that they have it and intentionally or negligently infects someone else … it’s a threat to society.”

Advocates have been working to reform state laws that make it a crime to expose people to HIV. In the process, they are increasingly working to head off efforts to criminalize hepatitis C, including supporting local advocates to help stop a bill in Michigan in recent years, says Sean Strub, who in 1994 founded POZ magazine, which is dedicated to issues about HIV. He is also executive director of the Sero Project, an education and advocacy group that, among other things, is working to end criminal penalties for exposing others to HIV.

“Now we have this very robust and active movement combatting HIV criminalization,” Strub says. “But we’re really combatting a whole range of conditions.”

Sometimes, however, HIV reform has had negative consequences for people living with hepatitis C.

Take for example Iowa, which passed a law in 1998 that said people who were found guilty of knowingly exposing others to HIV faced up to 25 years in prison and had to register as sex offenders, even if they used a condom and didn’t infect anyone. The burden of proof was on the accused to show that they had disclosed their HIV status to their partner.

Advocates successfully pushed to replace that with a law reducing the penalties and eliminating the sex offender registration requirement. But one of their goals also was to reduce stigma by no longer singling out HIV.

So they added hepatitis, meningococcal disease and tuberculosis to the medical conditions that people could be prosecuted for if they exposed others to it.

People who worked for the replacement law say they realized from the start that it wasn’t an ideal solution.

But outright repeal wasn’t an option politically, says Tami Haught, a community organizer in Iowa who works as the training and organizing coordinator for the Sero Project.

“It was a tough decision that had to be made,” says Haught, who is HIV positive. She noted that in some states without disease-specific exposure laws, prosecutors have found a way to charge people under other general criminal laws in any case.

On balance, she says she believes it was the right way to go.