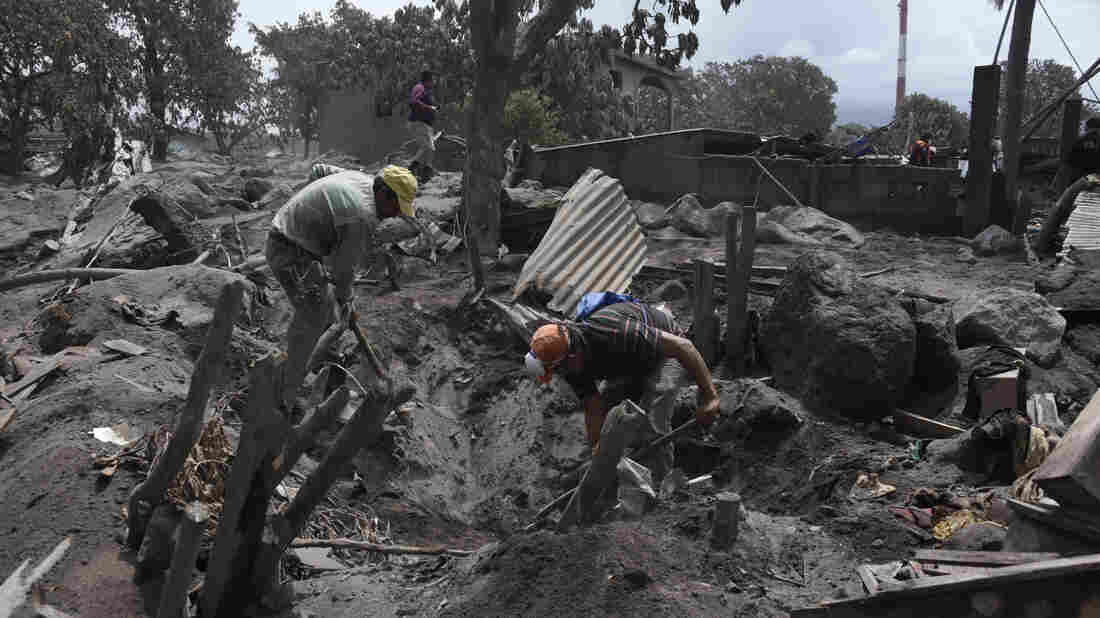 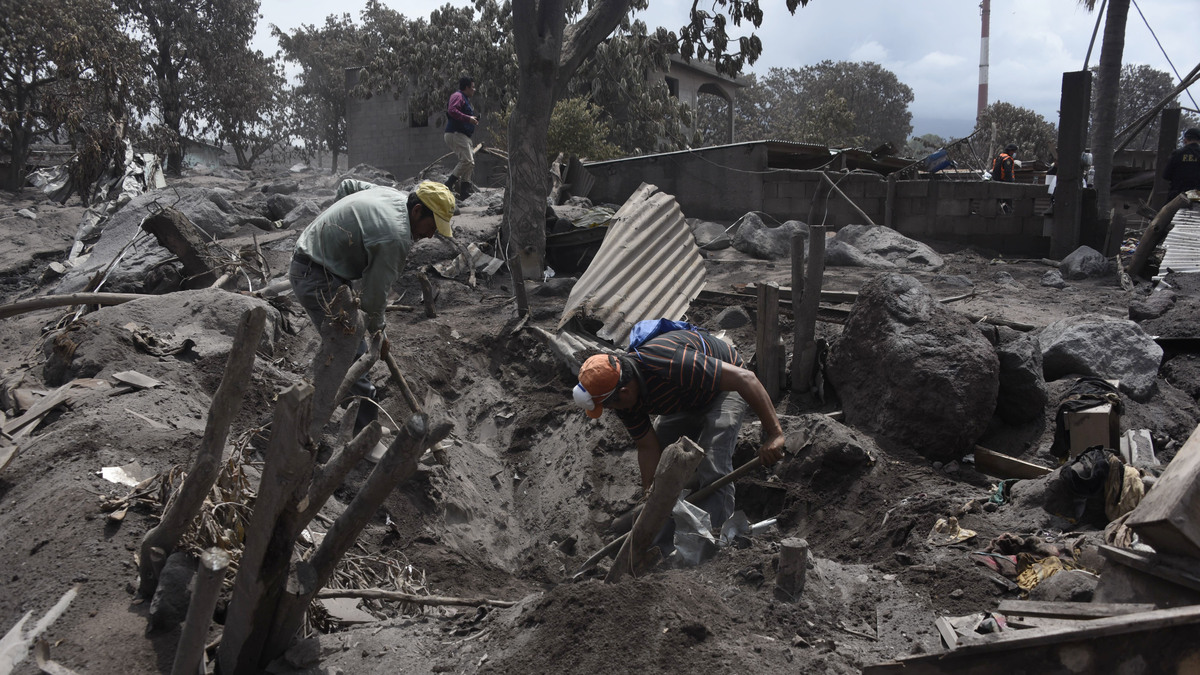 Residents search for victims of the Fuego volcano eruption in the ash-covered village of San Miguel Los Lotes, in Escuintla, about 20 miles southwest of Guatemala City, on Thursday.

Guatemalan authorities ordered fresh evacuations of rescue workers and nearby villages on Friday because of escalating activity at the Fuego volcano, which erupted this week, killing at least 109 people.

Disaster agency CONRED said on Friday morning that flows accumulated in four canyons and the buildup of volcanic material could spread to other areas. The new round of evacuations came a day after search-and-rescue efforts were suspended because of hot volcanic material and concerns that rainy weather could trigger mudslides.

Guatemala’s volcanic institute said in a Friday morning statement that ash reached heights of up to 19,700 feet in two of the canyons where flows accumulated. Rescue workers, volunteers and police who were still in the area fled to escape the flows.

“The [flows] carry hot vapor, including fine particles similar to cement … and tree trunks dragged out by the current,” the institute said.

As Maria Martin reports for our Newscast unit, rain has hardened layers of volcanic ash that accumulated in the area surrounding the volcano, making it almost impossible for rescuers to dig for the nearly 200 people believed to be missing.

Rescuers previously said it would be highly unlikely they could find any survivors after 72 hours since the original eruption on Sunday, The Associated Press reports. The death toll is expected to rise after a series of eruptions that started with Sunday’s giant blast, Fuego’s most violent in four decades.

“If the search is not going to be continued [authorities] should send us help because even if it’s just bones, we want our families back,” said Eufemia Garcia, a 47-year-old woman who told Reuters almost 50 members of her extended family are still missing.

The AP reports that authorities are facing criticism from residents for focusing efforts on clearing a highway that has been blocked by ash and debris. Without the necessary equipment, residents have been forced to use their hands and small tools available to remove large mounds of ash and rock.

“They are cleaning the highway — the president has commitments to businesspeople. … But here, since the people have nothing to offer him, he leaves this part as a burial ground,” William Chavez, a 29-year-old accounting student who was helping with rescue efforts in the village of San Miguel Los Lotes, told AP.

There are also questions remaining about why evacuation orders for at-risk villages came too late. The country’s volcanic institute warned of possible pyroclastic flows at 6 a.m. on the day of the eruption, but there was no clear call to evacuate.

The institute has been blamed for CONRED’s failure to heed those advance warnings. The disaster agency says volcanologists were not explicit enough that the situation was dire. Guatemala’s Public Ministry is launching an investigation into whether authorities were negligent in their handling of the disaster.