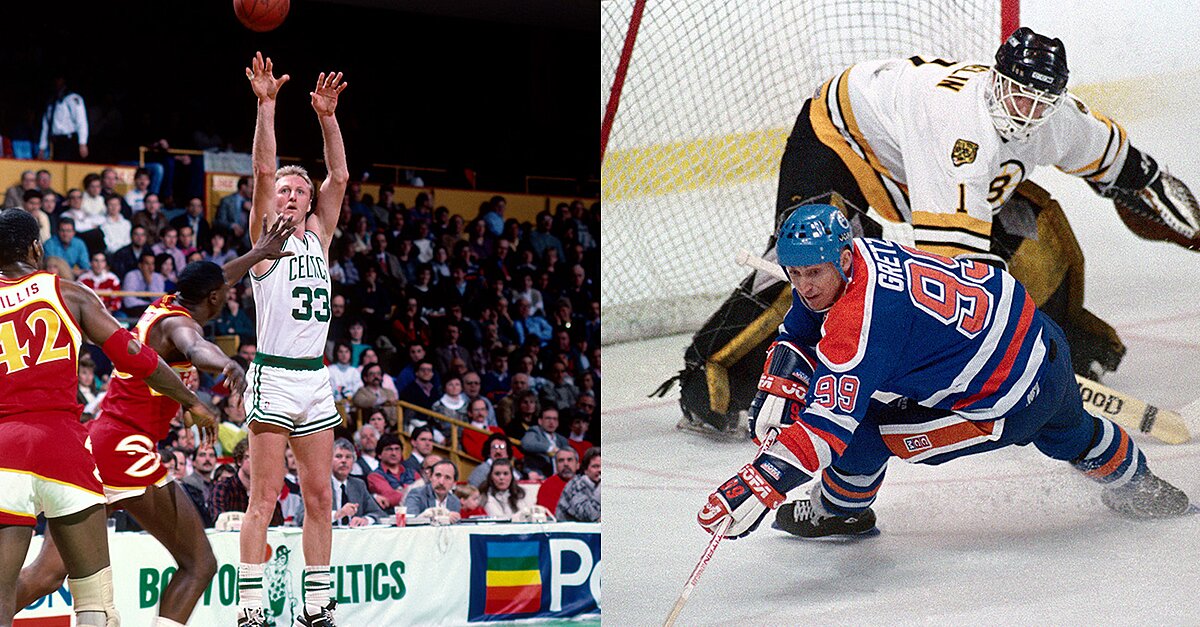 It was a Sunday, and it is a Sunday 30 years ago now, a cool, light spring day, as I recall. On May 22, 1988, the Boston Garden was just short of being 60 years old and I was just short of being 35. The day before, Eddie Delahoussaye had ridden a 7–1 shot named Risen Star to an upset win in the 113th running of the Preakness Stakes at Pimlico in Maryland. Now, on this Sunday, Jimmy Swaggart was down in Louisiana, tearfully begging his congregation for forgiveness after it had been revealed that he’d been up to carnal sin in that neighborhood we like to call Out By The Airport. Al Gore’s presidential campaign was headed into the shoals, and George H.W. Bush further cemented his Regular Dude bona fides by drinking an actual beer out of an actual bottle. And the Hungarian People’s Republic got itself a new prime minister. (Within a year, the Hungarian People’s Republic would cease to exist.) Turning to sports, that afternoon, the Boston Celtics were playing the deciding seventh game of their Eastern Conference playoff series against the Atlanta Hawks. That night, after the parquet had been tucked away, the Boston Bruins would play the first game of the Stanley Cup Finals against the Edmonton Oilers. And I would have the best day of my sportswriting life.

I’ve always kept one foot in the game because, I think, sports is live theater of the highest order and, even better, it is live theater in which the eventual outcome is unknown either to the participants or to the spectators. You can go see Hamlet every day for a year and, in every performance, no matter how skilled the actors, Hamlet always dies. I also keep that one foot in the game because, sooner or later, you see someone do something you didn’t think it was possible for human beings to do. Rarely do all of these things come together the way they did for me on May 22, 1988, a cool, light spring day now 30 years in the past. There was a win-or-go-home NBA Game 7 in the afternoon and then, that night, I would see Wayne Gretzky play ice hockey live for the first time. I fairly bounced up the slick old steps to my seat in the gondola press section that hung over the edge of the Garden’s balcony. I had no idea what was about to happen in front of me.

To be perfectly honest, the Celtics were lucky to be playing a Game 7 at all. The team was at the end of the Bird-McHale-Parish Era, with both Larry Bird and Kevin McHale beginning to break down because of injuries. (Eventually, they would lose in five games to the rising Detroit Pistons in the Eastern Conference finals.) Boston lost to the Hawks at home, 112–104, in the fifth game. Atlanta had a chance to end the series at home and the Hawks nearly did it, but a last-second shot by Cliff Levingston went sideways and the two teams came back to Boston.

I remember that Game 7 primarily because it was one of the few playoff games of that era in which the crowd in the Garden was hotter and steamier than the weather was. It is probably significant that, in an NBA.com oral history of the game, the Hawks remember the Garden as being a convection oven the way it always was in the playoffs. The breathless old barn clearly had installed itself in their heads. (One of the reasons I sat in the gondola was that it was always cooler up there, and breathable air was at less of a premium.) A number of people expected Atlanta to fold; a year earlier, the Celtics had outscored the Hawks by 30 points in the third quarter of a clinching game. This time, Boston led by only two, 84–82, going into the final quarter. Atlanta’s Dominique Wilkins had 31 and Larry Bird had put up a kind of ordinary 14. All of this was simple prelude, however. The roof was about to come off the joint. ‘Nique and Larry were about to trade fours at the highest level of their sport.

They couldn’t have been more different, of course. Wilkins was the high-flying human highlight film who, earlier that season, had lost the NBA slam-dunk contest in Chicago to Michael Jordan in the worst hometown balloting robbery that city had seen since the Kennedy people had organized the cemeteries in 1960. On this day, however, Wilkins was draining jump shots, too. Meanwhile, Bird had been steady, but not spectacular. But they were perfect exemplars of how protean basketball greatness truly is. One man’s fundamentals are another man’s showtime. The abiding memory I have of that fourth quarter is that both of these guys demonstrated a mastery of their own personal identities within the game. They simply…went off.

Wilkins kept getting to the basket and, when he didn’t, was pulling up for jump shots, banking them in from all angles and dropping them clean from straight away. Bird started moving all over the court, catching the ball coming through the lane and dropping short jumpers, lefthanded and right, or pulling up behind the three-point line and draining those smooth, hay-baler slingshots from behind his ear. (Once, he hit one from so close to the edge of the court that he nearly fell into the Atlanta bench.) There was no over-coaching. In fact, it didn’t seem like there was any coaching at all. It was, as several participants later put it, like watching two guys play a high-stakes game of H-O-R-S-E. Here’s Wilkins, posting Kevin McHale and dropping one through that banked off the very top corner of the backboard. Here’s Bird with perhaps the greatest carnival shot of his career, moving into the lane, stumbling, getting fouled and then throwing up some funky left-handed slop that went in off the glass. It was like watching two guys who had made some supernatural deal to be great that day.

I remember the gondola shaking a bit with every basket either man hit. I remember the shaking at one point nearly knocking my ancient wooden folding chair out from beneath me. When the game had ended, 118–116 Celtics, I remember that I was literally laughing with joy at what I’d seen. This was not a job for a grown man, and I was proud to be doing it.

My job that day was to write my column off the basketball game, so I bustled down the slippery stairs to the tiny Garden locker rooms. (Detroit’s Joe Dumars once told me that they reminded him of the locker rooms back at Natchitoches Central High in Louisiana, “except these are hotter.”) I went back up to the gondola and wrote my column while the Garden bullgang took up the parquet and got the ice surface ready for the Bruins and Oilers.

Once, when I was very young, my parents took me to one of the old single-admission double-bills that featured one of Bill Russell’s championship teams in the afternoon, and the Ice Follies at night. (How long ago was that? Well, the Ice Follies were the main attraction and their popularity was used to try to get people to buy Celtics tickets. Mr. Frick and Richard Dwyer were considered bigger draws in Boston than Russell and John Havlicek. And they were.) We stayed in our seats and watched the Garden transform itself from basketball gym to skating palace. Ever since, I was fascinated by the sight of the rickety slabs of parquet coming up, and the clean, white ice emerging from beneath them. Trying to get the column finished, at the periphery of my attention, I heard the hockey crowd beginning to fill the Garden with its buzz. This would be my busman’s holiday. I would treat myself to some Gretzky.

My father coached high school hockey in Worcester. Some of my earliest memories of sports involve watching his teams practice, the cold air of the rink penetrating my sinuses and (almost) blotting out the smell of leather and wool and the unique stench that is hockey’s own. I grew up a fan of the Montreal Canadiens, not the safest choice in Massachusetts all things considered. That year’s Bruins team was a scrappy bunch, and its march to the Stanley Cup finals was highlighted by the weird scene in New Jersey in which Jim Schoenfeld had thrown doughnut imprecations at Don Koharski, causing a wildcat job action by the NHL referees. Meanwhile, Edmonton was simply a wagon. This was a team on which Glenn Anderson, who eventually would score 498 goals and be inducted into the Hockey Hall of Fame, was overshadowed completely by Gretzky, and by Mark Messier, who was just coming into his own.

Given my lifelong devotion to Les Habitants, my taste in hockey superstars ran mostly in the direction of players like the lordly Jean Béliveau, my favorite Canadian—and Canadien—of all time, and streaks of fire like Guy LaFleur. I was not ready for Gretzky at all. His presence was ghostly. You could lose track of him out there. Other players were bigger and stronger and they made more noise. But, suddenly, as though he had popped up through the ice or dropped in from another dimension, Gretzky simply would be there, in precisely the correct position to make precisely the correct play. It was like watching a great illusionist, a master of misdirection. I can only imagine how clairvoyant that must have seemed to the Bruins who were trying to keep track of him. It is still as close to actual magic as I’ve ever seen in a game. I hesitate to call anything a revelation, but this was.

(Years later, I’d have dinner in his restaurant in Toronto that has inscribed on its floor the advice that Walter Gretzky had given to his son, “Skate to where the puck is going, not to where it’s been. That ability to anticipate the flow of play was central to that phenomenon I first noticed in Boston. Larry Bird, Gretzky’s contemporary, would understand.)

The Oilers won easily, 6–3, on their way to a four-game sweep of the Bruins, even though the two teams had to schlep all the way back to the plains of western Canada because, during Game 4 in the Garden, the entire electrical system went out and the game was cancelled and then moved to Edmonton for one of the sports world’s great foregone conclusions. In that first game, Edmonton’s Esa Tikkanen scored a hat trick, and Gretzky assisted on all three of his goals and added another assist into the bargain. And the day, finally, was over.

When people talk about why I still write about sports in addition to everything else I write about, this is the day I mention most often. I remember how Wilkins and Bird made me so happy that I laughed. I remember the constant surprise that was Gretzky’s presence on the ice. Days like this don’t come along that often, and some people spend their entire careers waiting for a day like this one and never get it. It is not a job for grown-ups, and I thank god for that.