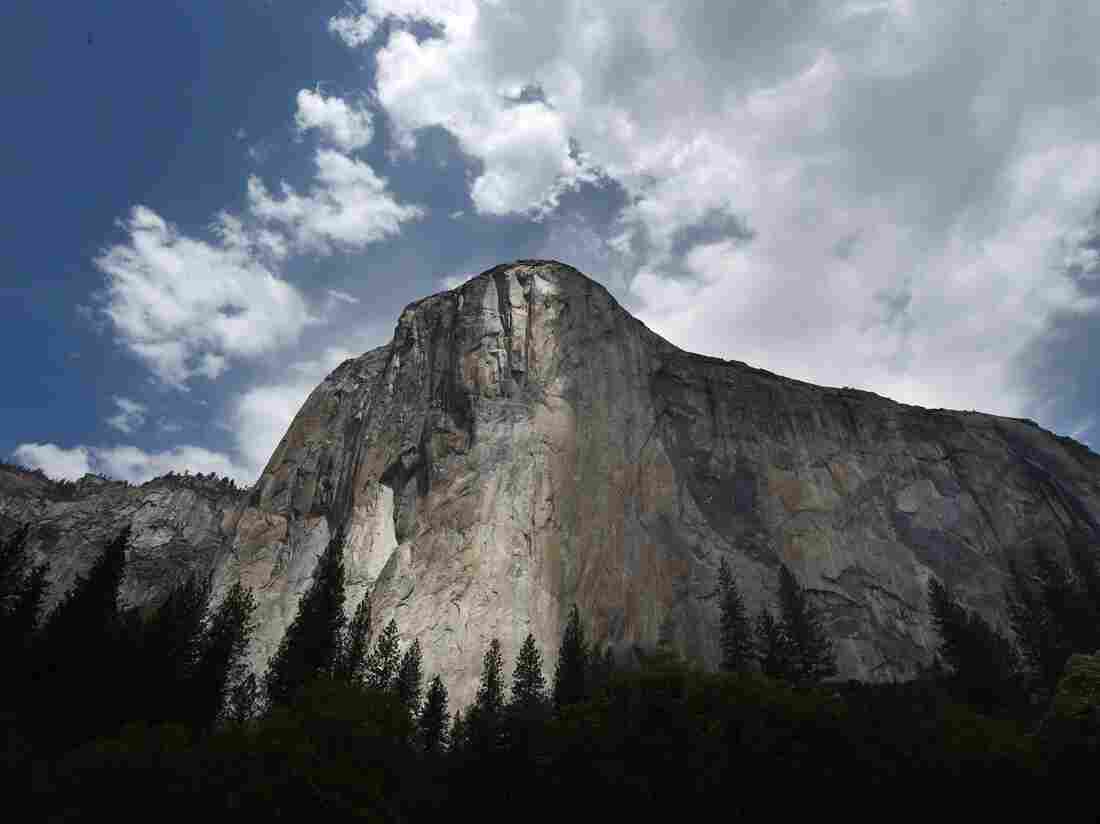 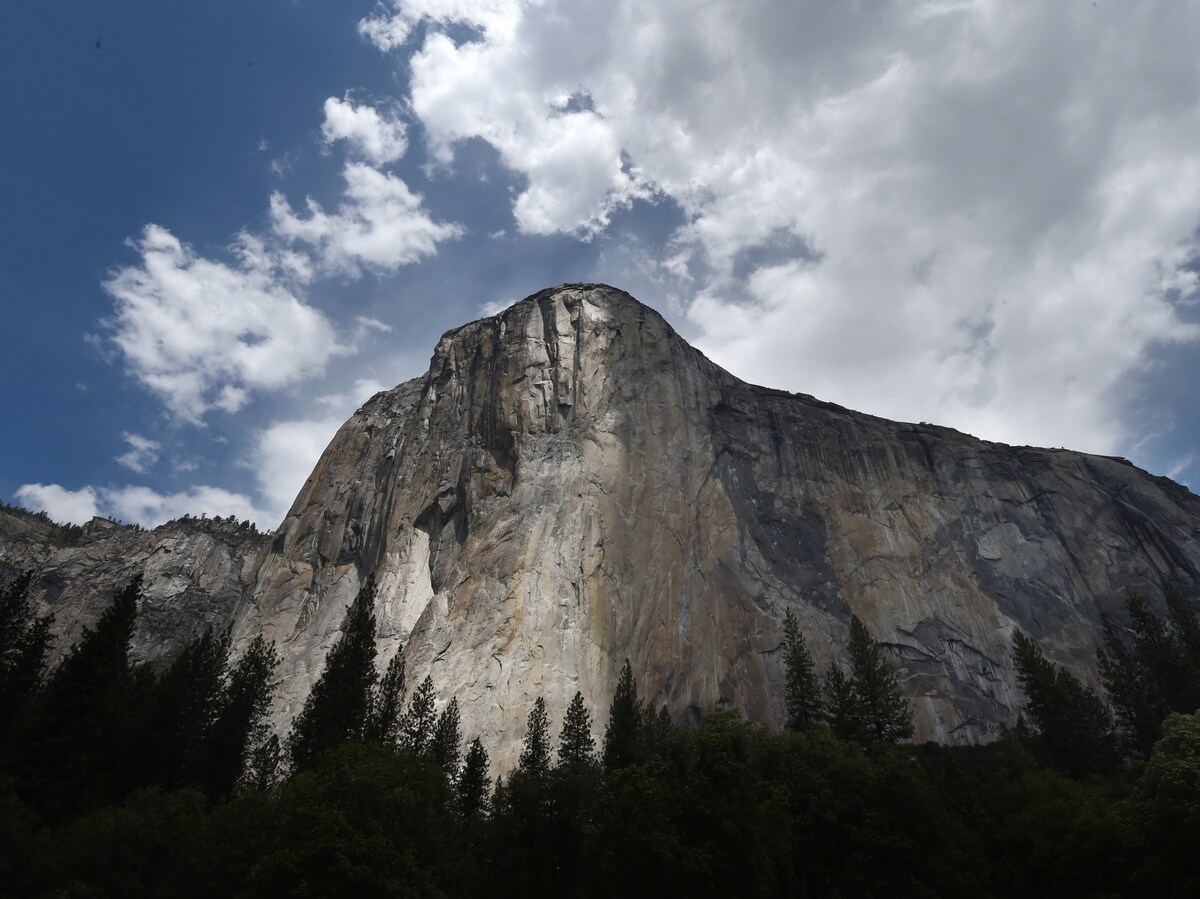 The El Capitan monolith in California’s Yosemite National Park, seen in June 2015. On Wednesday, climbers Alex Honnold and Tommy Caldwell managed a feat in under two hours that most climbers take days to achieve — scaling the famous “Nose” route up the rock.

The first time a group of humans managed to scale El Capitan, a granite monolith rising 3,000 feet sheer from California’s Yosemite Valley, it took 45 of climbing over the course of about 18 months. In the six decades since, those who followed in their footholds lessened the time it takes to reach the top — but, with some rare exceptions, even the most seasoned climbers generally take several days to complete the trek.

On Wednesday, two men did it in under two hours.

Alex Honnold and Tommy Caldwell needed only 1 hour, 58 minutes and 7 seconds to scale El Capitan along the Nose, the best-known of the climbing routes and the same one used for that first-ever climb back in 1958.

“It was slightly emotional when we finished it,” Honnold told The Associated Press by phone afterward. “I had a wave of, ‘Oh wow.’ I’m pretty proud we saw it through.” 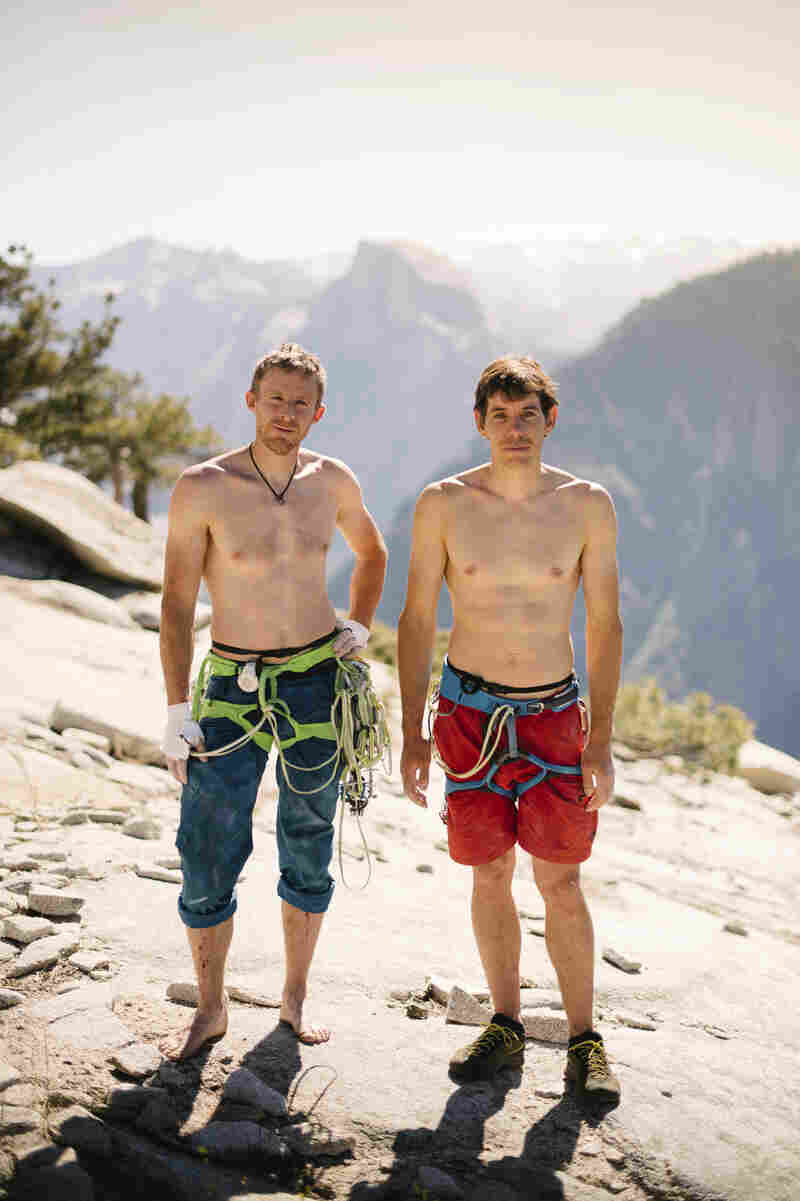 Tommy Caldwell and Alex Honnold pose for a portrait Sunday at the top of El Capitan in Yosemite National Park, Calif. Within days, the pair would go on to break their own record twice, including once in under 2 hours. Corey Rich/AP hide caption 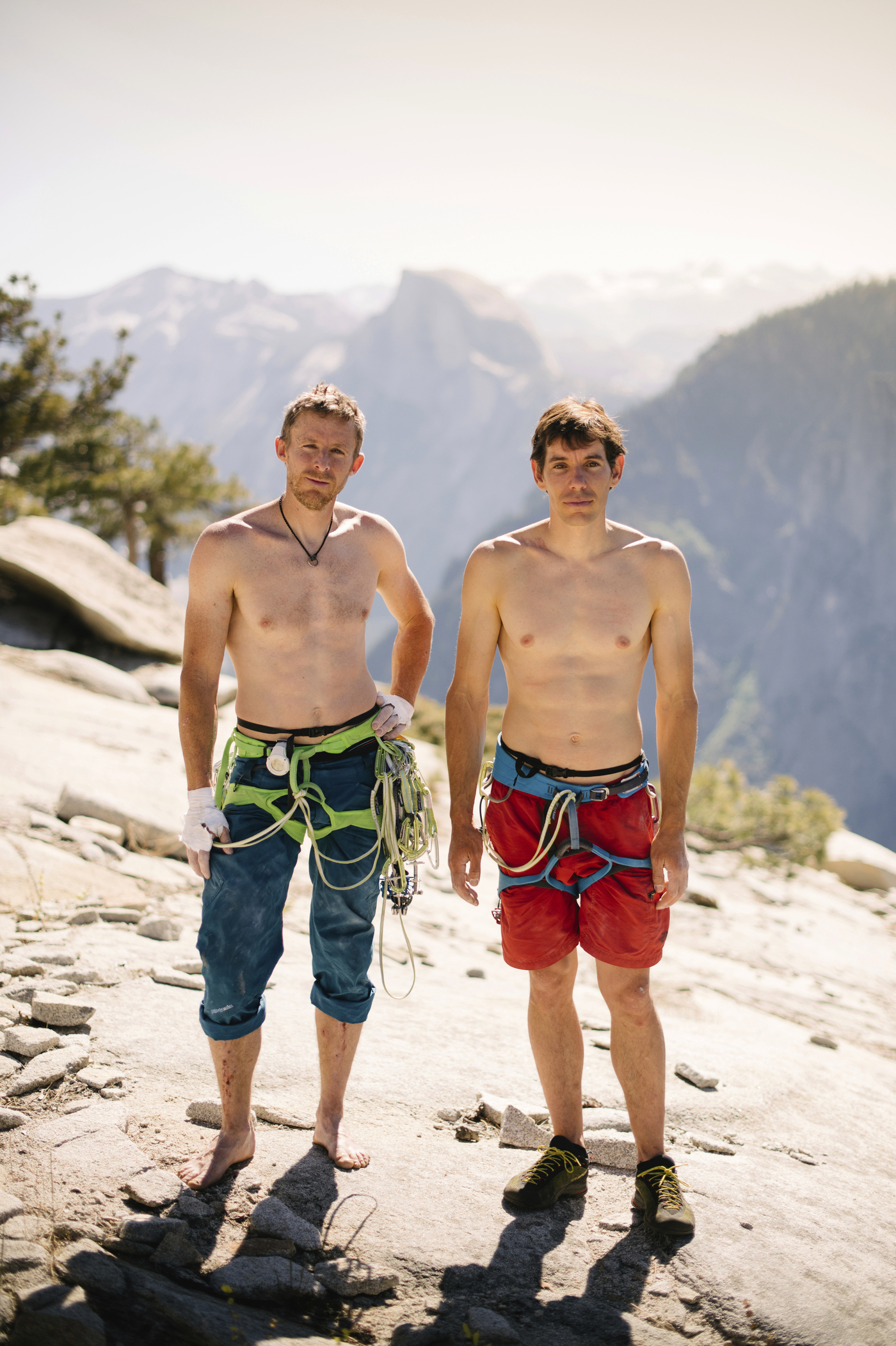 Tommy Caldwell and Alex Honnold pose for a portrait Sunday at the top of El Capitan in Yosemite National Park, Calif. Within days, the pair would go on to break their own record twice, including once in under 2 hours.

The climb marks a speed record for the world-famous route, but it’s not the pair’s first — in fact, it’s not even their first this week. They set the Nose record on May 30 with a time of about 2 hours, 10 minutes; then they went and set it again on Monday, this time finishing nearly two minutes shy of the two-hour mark.

But even though they shaved less than four minutes off their time from Monday to Wednesday, and even though both records share the same names, breaking the two-hour barrier Wednesday carries a symbolic weight quite unlike their previous marks.

Climbers have compared the feat to the four-minute mile or “breaking the two-hour marathon barrier, but vertically.”

“It’s the proudest speed climbing ascent to have happened in the history of U.S rock climbing,” Brad Gobright told Outside Magazine. It was Gobright and his partner Jim Reynolds who had held the record, with a time of just over 2 hours, 19 minutes, and they watched from the meadow below as Honnold and Caldwell claimed it from them in late May.

“I’m proud Jim Reynolds and I held the record for a bit of time, but in all honesty our time is nowhere close to their time,” Gobright continued. “The level of talent and confidence required to climb El Cap that fast is hard for me to grasp. Part of me would be excited to see someone try to break it but deep down I hope no one tries. At least not in my lifetime.”

The climbing world got a stark reminder of how dangerous the task can be when — just two days before Honnold and Caldwell broke their own record Monday — two expert speed climbers fell 1,000 feet to their death from the Freeblast section along El Capitan. It was the “25th accident resulting in death on El Capitan,” according to Climbing.com, and the National Park Service notes that “more than 100 climbing accidents occur in Yosemite each year.”

“It was a heavy and thoughtful week here in Yosemite. I am so saddened by the deaths,” Caldwell said in an Instagram post after Wednesday’s climb. “RIP Jason Wells and Tim Klein. I can’t imagine the pain of the families.”

Honnold and Caldwell themselves are no strangers to this danger.

Just about all the routes up El Capitan “start with Freeblast, which is like a 10-pitch slab,” Honnold said in 2016, noting much of it is “basically like walking on a sheet of glass.”

All the more seemingly insane, then, that last year Honnold became the only person to scale El Capitan alone, without using any ropes and within four hours — in what one climbing magazine described as “indisputably the greatest free solo of all time.”

Now, with two landmark achievements under his belt, one alone and now one with his longtime partner Caldwell, Honnold says he is content — with this record, at least.

“I honestly think the limits of human potential on this route is more like an hour and a half,” he told National Geographic. “But I don’t think we have any interest in pushing there now, you know?”

As for who might try for the record next, and whether they’ll succeed, Honnold kept his answer brief: “We’ll see.”