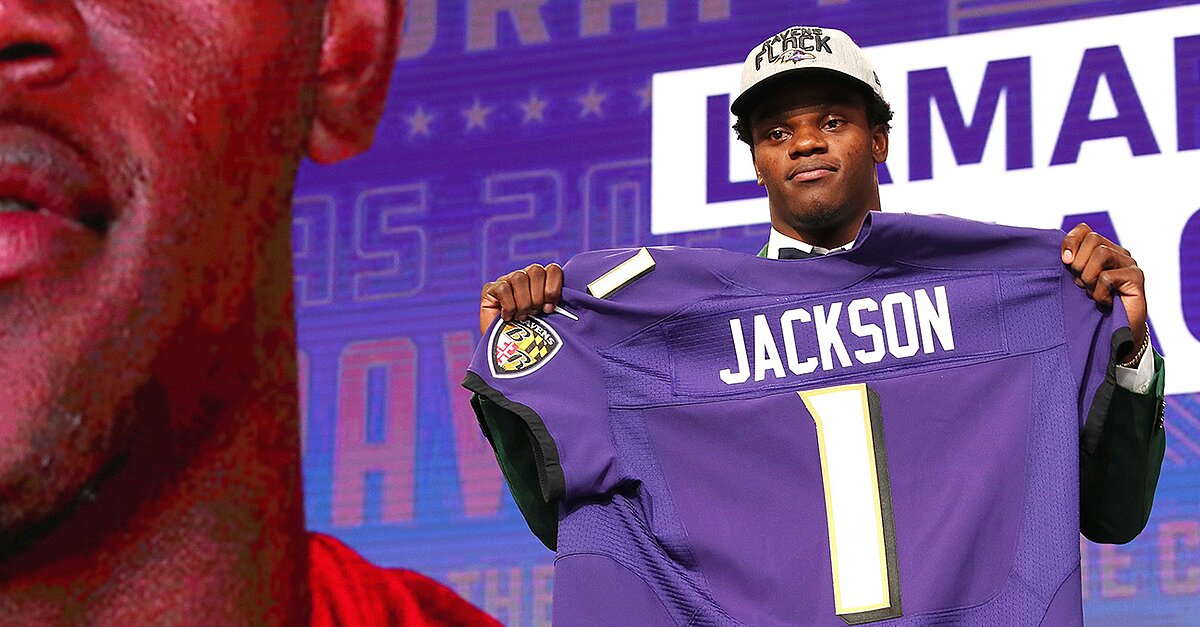 Here’s an easy scenario to picture, especially if you’re a Ravens fan: It’s Sunday night, October 14. The Ravens are flying home from Nashville. They’ve just lost 13-9 to the Titans and Mike Vrabel’s surprisingly dynamic defense. Joe Flacco threw for 165 yards and completed 52% of his passes, with one interception. The offense struggled in the red zone and never quite established its running game. That’s been an issue all season, but strong defense had led to three wins in the first five weeks. But now the Ravens are 3-3 for a third-straight year, and this 3-3 feels bleaker than the last two.

Offensive coordinator Marty Mornhinweg, sitting near the front of the plane, leans back and takes a deep breath. He knows a Baltimore Sun columnist will call for his firing tomorrow morning. Mornhinweg turns to quarterbacks coach James Urban, seated next to him, and the two reminisce about some of the things they did on Andy Reid’s Philadelphia staff in 2010, when they were coaching Michael Vick to a near-MVP season. Remember how much more we could do schematically because of Mike’s legs? Or just how much more we could do because defenses WORRIED about those legs?

Tight ends coach Greg Roman, sitting one row behind Mornhinweg and Urban, pops his head over their seats. Roman designs much of Baltimore’s ground game, and he seizes this opportunity to tell them about when he coordinated San Francisco’s rushing attack in 2012, which featured Colin Kaepernick. Kaepernick had flaws as a passer, sure, but his legs brought enough explosiveness and dimension to still take San Francisco’s offense to Super Bowl XLVII.

Someone points out that a running QB’s rawness as a passer and as a field-reader isn’t as big a deal if he plays opposite a dominant defense. That allows the offense to play conservatively and with more margin for error. A dominant defense like those 2012 Niners, someone says. Yeah, or even just a stout defense like ours here in Baltimore. A heavy pause follows.

Subscribe to The MMQB: 10 Things Podcast on iTunes and have it in your feed first thing every Monday morning

Eventually one of them clenches his jaw and leans across the aisle, whispering to head coach John Harbaugh. Harbaugh sits silently, then takes a deep breath and stares off into the middle distance. This conversation had quietly been circulating around the Ravens offices for months, but this is the first time it’s arrived in full force. Harbaugh knew it was coming—and coming probably sooner than later—and yet, now that it’s here, it’s hard to believe.

“I remember gameplanning against Kaepernick in that Super Bowl,” he says. Then, knowing this is probably the line that decides it, he adds, “And I remember how much our defense hated facing Tyrod Taylor in practice before he went to Buffalo.”

For the next few seconds, the four coaches wallow in the thick silence. Then, one of the offensive guys forges ahead. “Here’s the thing,” he says, “I know we’re bringing Lamar along slowly, and I know Joe is the older, wiser QB. But how much is Lamar actually learning behind Joe right now? Lamar moves like a deer; Joe moves like a beached whale. A beached whale with still a cannon arm, but you know what I’m saying. The offense we’d run with Lamar is totally different than what we’re running with Joe. So Lamar isn’t getting much from his No. 2 reps and meetings right now. We’re almost wasting time with him.

“And,” that coach adds belatedly, “we don’t necessarily have time to waste.”

At this, the other coaches look up. None will talk about it directly, but they’re glad someone else eluded to it: Harbaugh’s contract expires after 2019. And he might not even be here for that season if Baltimore misses the playoffs a fourth straight year. If Harbaugh goes, so could the offensive assistants.

Harbaugh says they’ll all sleep on it and discuss it tomorrow. All four coaches agree, lean back in their seats and proceed to feel guilty for having to fight excitement. They know there will be no real discussion.

Sure enough, by noon the next day, they’re gathered around a conference table, drawing zone-read plays. Harbaugh has gotten the hard part over with—telling Flacco, whom they all like personally and have long respected professionally. But now it’s time to gameplan for Lamar. He’ll face the Saints at home and then the Panthers on the road, before hosting the Steelers in what is now one of 2018’s most anticipated games.

Roman is explaining some of the new running plays. Turning to these new blank pages in the playbook feels refreshing—like having your messy house picked up and cleaned. The geometry of these runs feels so much freer, so much more promising! Because, look! The defense has to put a guy on the quarterback every time!

“And if the defense is really going to do that,” says Mornhinweg, “then we can do this, this and THIS in our passing game. And it’s all such clear, simple stuff—it won’t matter if Lamar can’t yet read the full field on every dropback.”

“And maybe he can,” says someone else. Indeed, that had been brought up earlier in the morning, when the coaches were pretending to discuss which QB to play but were really just validating Lamar. Jackson dealt with a lot of NFL style route concepts at Louisville. And in training camp he’d been more willing and able to play from the pocket than expected. He was still unrefined in the pocket, sure—guys who are faster than defenders always are. But he’d shown enough for the coaches to believe that he’d use his mobility as a resource, not a crutch. And in the NFL, that difference—resource instead of crutch—is what separates the good mobile QBs from the bad.

After a few hours of crafting new offensive concepts, someone utters casually that it’s too bad they didn’t just do this in training camp. “Yeah,” someone else says, that’s what Bill O’Brien and his coaches thought last fall, too.” Houston was still able to adjust on the fly for Deshaun Watson. And that was with O’Brien having never coached a mobile pro quarterback.

The Texans installed zone-reads and misdirection concepts in their offense to accommodate Watson, and Watson in turn met them halfway by working diligently on his pocket poise, which is crucial in pro football, no matter what kind of QB you are. It’s unfair to expect any rookie to do what Watson did, but deep down, that’s what these coaches are hoping for.

“You know,” says one of them, “we probably should have been installing some of these more creative passing concepts even with Joe. I mean, I know he can’t run, but the bottom line is our receivers aren’t very good.”

These new guys—Michael Crabtree and John Brown—they’re just different versions of last year’s guys, Jeremy Maclin and Mike Wallace. It’s the same passing game either way. If our receivers are mediocre, then our passing game needs to derive from our running game, so that on early downs we can execute more designer pass plays against predictable coverages.

But if we’d done this stuff with Joe, the defense wouldn’t be honoring all the different run-option looks we’re showing them.

Someone asks, “Do you think any of our players will have an issue with the rookie QB supplanting the 11-year veteran so quickly?”

“Maybe a few will at first,” someone answers, “especially since our practices will be a little slower and choppier these next few weeks. But I think most of these guys understand how it goes. Besides, only a couple of these players were here when Joe won a Super Bowl; Marshal Yanda is the only offensive guy in that group. Everyone else has endured our years of offensive inconsistencies.”

• 10 THINGS I THINK ABOUT THE DRAFT: Why the rookie wage scale must go, what Lamar Jackson could mean for the city of Baltimore, why you can’t call Saquon Barkley a mere running back and more.

Conversations and decisions like these unfold all the time in the NFL. That’s why no first-round QB has sat out an entire rookie year and then gone on to become “The Guy” long-term for that team since Aaron Rodgers. (Maybe Patrick Mahomes will do it Kansas City.) And Rodgers was behind Brett Favre, who was playing at a much higher level than Flacco.

Besides the thrill of jolting your offense (and fan base) with the new guy, the incentive to play your rookie is greater than ever now because teams have figured out that a good quarterback on a cheap rookie contract can be an enormous roster-building advantage. Carson Wentz’s rookie contract is why the Eagles could acquire a handful of plug-and-play veterans last year. It’s why the Rams, with Jared Goff, are trading for superstars. It’s how the Seahawks, in the early Russell Wilson years, kept so many stud defenders on expensive second deals.

Fair or unfair, Flacco, with his unwieldy contract, has long been cited as the posterchild for how an expensive QB can hinder the rest of your team’s construction. Dumping him now would cost $28 million in dead money, and so it won’t happen. Next year, the decision gets tougher, as the cost of dumping Flacco drops to $16 million. A breakup will come at some point, especially because Jackson isn’t really here to be groomed behind Flacco, he’s here to replace him.