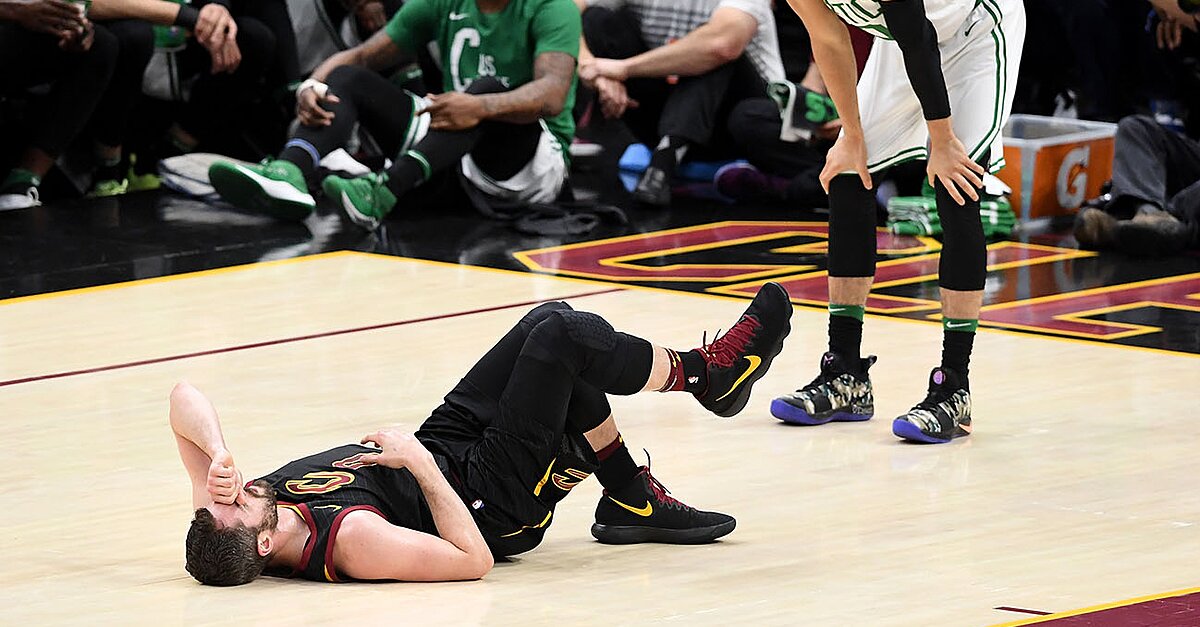 Kevin Love left Friday’s Game 6 early in the first quarter and spent most of the night getting evaluated for a concussion.

Kevin Love will have to pass more tests before he will be cleared to play again after leaving Friday’s Game 6 of the Eastern Conference finals following a head-to-head collision with Boston’s Jayson Tatum, according to Jason Lloyd of The Athletic.

According to Lloyd, Love says his status for the winner-take-all-game is a “toss-up” after he spent the majority of Game 6 in the locker room being evaluated for a concussion.

Around five minutes into the game, Tatum ran into Love while the Cavaliers forward was setting a screen and the contact forced Love to the ground and made Cleveland commit an intentional foul so he could get off the court.

Through the first five games of the series, the five-time All-Star was averaging 15 points and 11 rebounds in 31 minutes of action. Friday he had four rebounds and went 0-for-3 from the field in his limited time on the court.

Game 7 will take place Sunday in Boston at 8:30 p.m. ET. If the Cavaliers win, it will send them to their fourth consecutive NBA Finals.