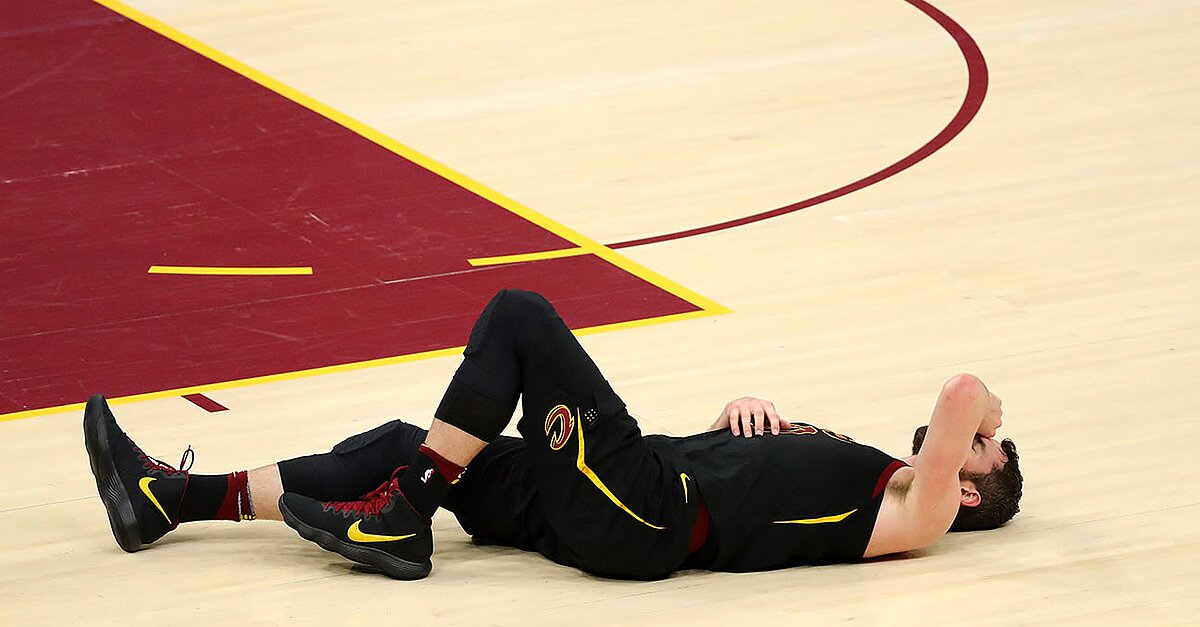 Kevin Love had a head-to-head collision with Jayson Tatum early in the first quarter and has spent most of the night in the locker room.

Kevin Love left Game 6 of the Eastern Conference finals after bumping heads with Celtics rookie Jayson Tatum, and Tom Withers of the Associated Press reports he will be out for the remainder of the game while being evaluated for a concussion.

The collision happened just five minutes into the game when Love went to set a screen and ended up colliding with Tatum’s head. Tatum also grabbed at his head, but remained in the game.

Love dropped to the ground forcing George Hill to commit a foul to stop play so Love could leave the game.

When Love went to the locker room, Cavaliers general manager Koby Altman went back there shorty after, likely to check on him, according to Withers. Love remained in the locker room through halftime.

Love was averaging 15 points and 11 rebounds while playing 31 minutes in the first five games of the series.

The Cavaliers are down 3-2 in the series and need a win Friday in Cleveland to force a Game 7 for Sunday and have a chance to win a fourth consecutive Eastern Conference finals. The Cavaliers lead 54-43 at halftime.