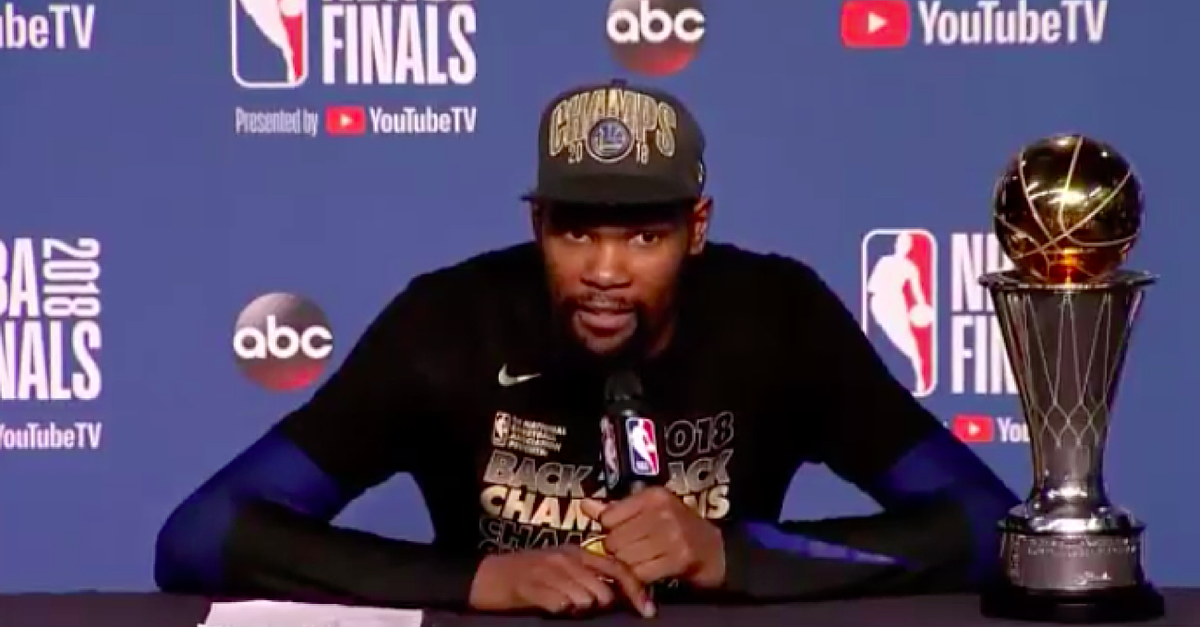 Kevin Durant says that it does not matter whether he or Stephen Curry was named MVP of the NBA Finals after sweeping the Cleveland Cavaliers in four games.

Durant was named MVP for the second consecutive Finals. He averaged 28.8 points, 10.8 rebounds and 7.5 assists in the Finals.

“Does it matter?” Durant said. “Does it? We won two championships. We just went back-to-back. I don’t think anybody is worried about that type of stuff. I’m proud that we came out and played a great game tonight. Was able to finish the series off – that’s what matters to us.”

“We all want something that’s biggest than ourselves,” he added. “We love to see each other succeed.”

The Finals MVP Award is decided on by 11 media members. Seven media members selected Durant. The other four picked Curry.

Durant is the 11th player to win the Finals MVP twice. Durant is one of six players to win back-to-back NBA Finals MVP titles.