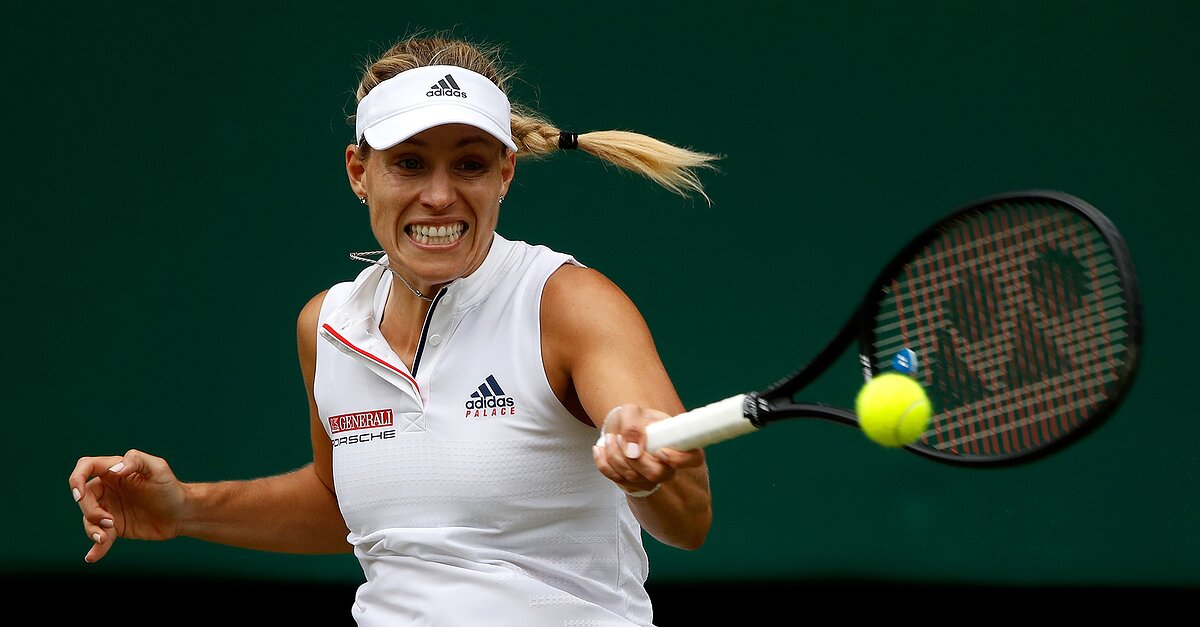 Ostapenko became the first Latvian woman to make the last four at the All England Club with a 7-5, 6-4 victory over Dominika Cibulkova on a windy No. 1 Court.

Kerber, the former No. 1 and two-time major champion who was the runner-up at Wimbledon two years ago, took advantage of Kasatkina’s erratic serving and many errors to return to the last four. Kasatkina finished with seven double-faults, including one on break point in the second game and then two straight to hand Kerber a 5-3 lead in the first set – halting her momentum just after breaking to get back on serve with the help of one of the best rallies of the match.

Still, Kerber had some trouble closing things out.

She served for the victory at 5-4 in the second set, but got broken. When she served for it a second time, she needed to navigate a 16-point game that included five deuces and all of those match points, until forcing a forehand error on the last.

Ostapenko was more efficient, serving her match out at love and converting her first match point with her 14th backhand winner.

Ostapenko was the aggressor throughout, hitting 33 winners to Cibulkova’s six, but also hitting 28 unforced errors to 13 for her opponent. She repeatedly went for winners on her service returns, a strategy that helped her break Cibulkova five times.

Both players struggled to deal with the wind at times when serving, having to interrupt their ball-toss motion on several occasions in the second set.

They traded breaks early in both sets before Ostapenko broke decisively for a 3-2 lead in the second when Cibulkova sent a forehand long.

Later, Serena Williams resumed her quest for an eighth Wimbledon title when she played 52nd-ranked Camila Giorgi of Italy.

In the fourth quarterfinal, 13th-seeded Julia Goerges of Germany faced former French Open semifinalist Kiki Bertens, with both players having reached the last eight at Wimbledon for the first time.

The fifth-seeded del Potro failed to convert four match points when serving at 5-4 in the fourth set, but maintained his composure to close out the contest with his first opportunity in the tiebreaker that followed.

It was the only fourth-round contest to be carried over to Tuesday and lasted 4 hours, 24 minutes, making it the longest men’s singles match of the tournament.

Del Potro will face two-time champion Rafael Nadal in the quarterfinals on Wednesday.