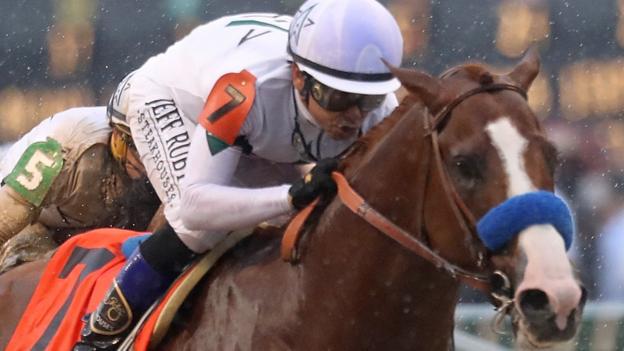 Justify maintained his unbeaten run to win the Kentucky Derby as Aidan O’Brien missed the chance to make history.

O’Brien, who won the 2,000 Guineas at Newmarket earlier on Saturday, was hoping to saddle the first European-based horse to win the race.

After heavy rain saturated the dirt track for the 144th running of the race, favourite Justify powered home by two and a half lengths.

Justify has now won all four of his races this year and is the first Kentucky Derby champion since 1882 not to compete as a two-year-old.

It was a fifth win for trainer Bob Baffert in the coveted Group One race at Churchill Downs, the first leg of the American Triple Crown.

Jockey Mike Smith, 52, won it for the second time, having first triumphed in 2005.