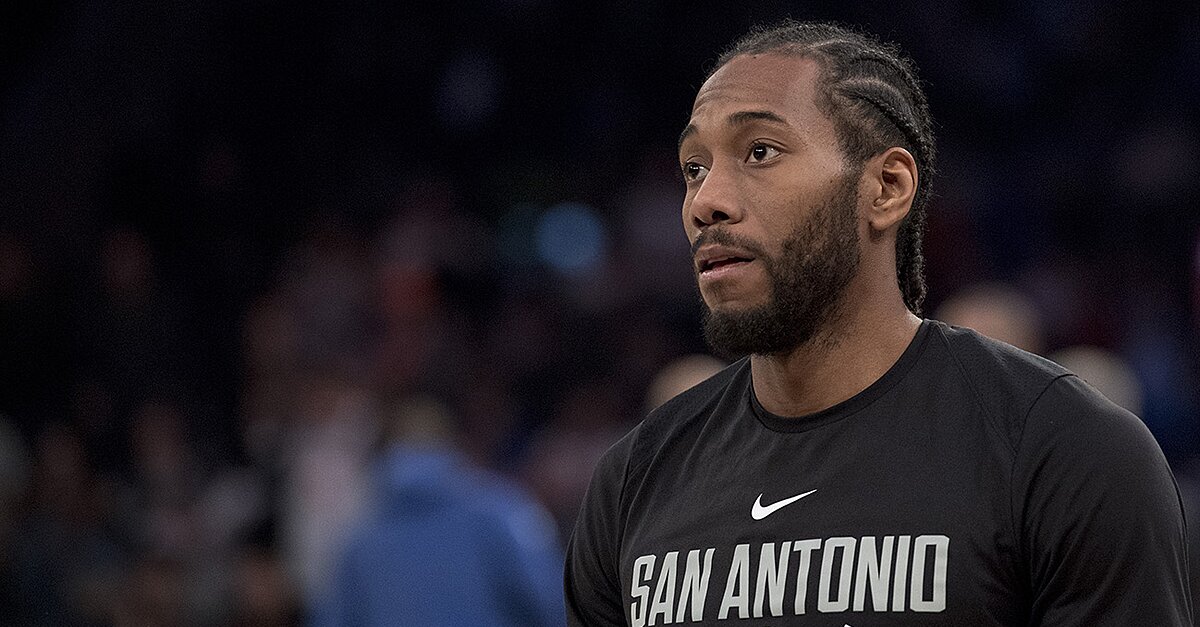 As many as four teams are interested in Kawhi Leonard, and the Lakers are appearing as a likely destination for the Spurs forward.

Spurs forward Kawhi Leonard has been at the center of most NBA trade rumors ahead of free agency starting.

As many as four teams have inquired about the All-Star and the Lakers reportedly emerged as a favorite.

Leonard looking to leave San Antonio and is not concerned with missing out on a possible supermax contract of five years and $219 million that he is eligible for. The 26-year-old is recovering from a right quad injury and played in just nine games this past season. He is reportedly angry over the handling of his injury and comments from Tony Parker and coach Gregg Popovich.

Unrestricted free agents can agree to deals on July 1 but can’t officially sign contracts until 12 p.m. on July 6.

Here is the latest news and rumors pertaining to Leonard.

• The Spurs and Lakers believe that a deal for Leonard would “clinch” a free agent commitment out of LeBron James to Los Angeles. (ESPN)

• While San Antonio was looking to repair its relationship with Leonard, an “overwhelming Lakers offer” could convince the Spurs otherwise. (ESPN)

• The Spurs are engaged in trade conversations with several teams concerning Kawhi Leonard, including the Lakers and Celtics. The urgency to get a deal done is on the Lakers end now because San Antonio “can still play the long game” while Boston is “extremely cautious” because of the uncertainty around Leonard’s future plans and health. (Adrian Wojnarowski, ESPN)

• The Spurs are “ready” to move on from Kawhi Leonard. (Marc Stein, The New York Times)

• The Cavaliers, Celtics, 76ers and Clippers are among teams who’ve made offers for Leonard. (ESPN)

• The Celtics and Spurs have held talks about Leonard, but those discussions have not gone far. (Boston Herald)

• The Lakers contacted the Spurs on Wednesday about pursuing Kawhi Leonard. This is the first contact between the teams after the Spurs “shut the door” on the Lakers initially. (ESPN)